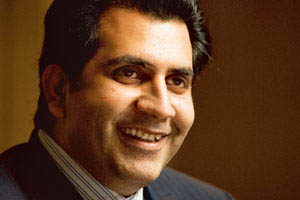 Unitech (BSE: 507878, NSE: UNITECH) and DLF are perhaps so often clubbed together that the uninitiated would think they are some sort of cousins. But nothing could be farther from the truth, when it comes to sheer wealth creation capabilities. Unitech Ltd was a listed company when KP Singh was still buying land for his flagship Gurgaon project. But not the DLF-style (BSE: 532868, NSE: DLF) or realty-style of listing, of course, with an IPO price of just Rs. 25 in 1991.

Highest share price of Unitech Ltd in 2000 was Rs. 60. Yesterday’s closing price for Unitech was Rs. 58.95. But you would be fooled only if you started investing in 2010. No, not the usual stock-split stuff. That is there, of course, with the current face value at Rs. 2 and the then face value at Rs. 10. That makes the current price 500% of the 2000 price. But that is not all. Shortly after the split came a 12:1 bonus issue. That made it a 5 X 13 = 65 times appreciating stock.
Not complete, still. Next year came another bonus, of 1:1. That made the appreciation 5 X 13 X 2 = 130 times or 13,000% of the original value. In other words, if you had invested Rs. 77,000 in Unitech in 2000, the same would be today worth over Rs. 1 crore. Still, the story is not over. For the past six years, Unitech has also been a dividend paying company, with the average dividend being 17% of the prevailing face values. That is why the Unitech story is regarded as one of the most profound wealth creation sagas in India Inc. But all this is history.

Today, Unitech’s year-to-date price-performance is -33%. Even if we discount it for the recent correction, the appreciation has been nil. In other words, Unitech has been trapped in a range, unable to make a convincing close above Rs. 100 for almost a year. Why?

A quick look at the P/E and P/BV signals that even at Rs. 60 levels, the valuation is not cheap, but not obnoxious either.

We can readily blame dilution that happened due to the mega bonuses, but better is to remember that Unitech is a company that had not only maintained but increased its standalone EPS by nearly 10% in FY’07, a year in which equity went up to 1300%. It has remained as a performance benchmark that is difficult to beat by any company in any sector. So, dilution per se was not the problem. The company had grown its income and profits even faster.

But when Unitech attempted to do a repeat performance in FY’08, disaster struck. Standalone sales and profit growth slowed, and the equity doubling that year ensured that EPS nosedived to 50%. Next year, even Unitech didn’t have the guts to attempt a repeat. By fiscal 2010, the situation was so bad that Unitech had to fortify its equity - without any bonus, of course - just to stay afloat.

Now, the question is has the ship stabilized enough to go for another battle? One hint is that though sales is still struggling, Unitech is now much leaner and smarter. Operating profit margin has increased by almost 7% from FY’10 levels to reach nearly 62%. Net profit margin has also improved by almost 2% to reach above 30%. What this means is that if housing demand picks up again, Unitech is battle ready.

In a sector, where DLF can still command a P/E of over 50 and Godrej Property (BSE: 533150, NSE: GODREJPROP) can trade on a P/BV of over 5, a much more diversified player like Unitech’s consolidated TTM P/E of 20.83 and P/BV of  1.44 comes across as cheap. That is why, if the sector turns around in 2011, Unitech might be the realty share to watch. Of course, that is a challenging 'if'.

Now forget all these, and to the real reason. Unitech’s capabilities in wealth creation will bring back all those old memories, and expect a quite a lot of investors, including foreign institutional investors, to join the fray, if and when Unitech Ltd presents a true breakout. Again, it is a challenging 'if', but one worth watching and waiting for.
Posted by Seasonal Magazine at 12:14:00 PM 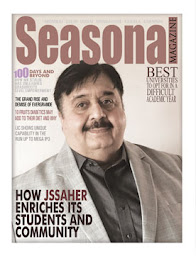