SBI's Work-From-Home Option for Women - How Feasible is the Move? 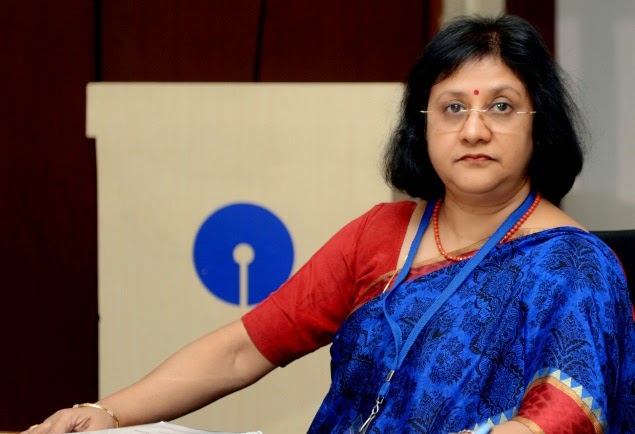 SBI Chairperson Arundhati Bhattacharya’s novel idea of providing women employees of SBI with a work-from-home option is sure to stir up a hornet’s nest in the coming days.

Arundhati Bhattacharya, the first woman to head the bank ever, has said that she would be looking at ways to increase retention of women staff. While 38-40% of recruits were women, their high dropout rate and absenteeism resulted in women accounting for just of 20% of the workforce.

At present, the strength of women employees in the total workforce of the bank is 45,132, which constitutes slightly more than 20% of the total staff strength of 2,22,033. Bhattacharya said that the dropouts were for various reasons, including looking after children, to relocate or to look after the elderly.

After she took charge, the bank announced that it would allow women to take a two-year sabbatical from work in case they want it for children's education or taking care of parents.

Maybe Ms. Bhattacharya’s initiative doesn’t stem from a modern-day compulsion alone. In fact, in the late 18th and early 19th century, around the same time SBI was founded, working women, especially mothers, in Europe increasingly found it difficult to combine paid labour with familial responsibilities due to the demanding nature of the new industrial job in textile and clothing factories.

As their contribution to the aforementioned industries couldn’t be underplayed, the concept of ‘separation of workplace from home’ was done away with in order to accommodate their twin roles. Thus, working mothers found solace by engaging with home-based work through the setting up of small-scale workshops.

Though the Industrial Revolution redefined the spheres of ‘domesticity’ and ‘home’ as exclusively feminine, it also brought about a transformation of workplace and newer representations of gender.

Thus male workers/employees came to be solely engaged in economic activity while staying aloof from child-raising and household chores. Women, on the other hand, had to constantly concern themselves with maternity and motherhood.

A lot of what sexual division of labour at the professional level shows us from the past continues to impact working women of the present. Of course, the ‘natural’ order of things cannot be compromised for any revolutionary change in gender functions thereby work-from-home option ‘has’ to be a convenience only for working mothers.

Over the years, feminist groups have been calling for equal pay and status for women in the professional sphere. At the same time, there has been an outcry over the reservation tactic employed to ‘privilege’ women, as achieving equality through a social transformation is a long-drawn process.

The SBI initiative makes sense only in case of maternity leave and not for any other reason, like child’s education and taking care of parents as cited by the company, which could be carried out by a working father as well. Why does such a facility favor only women when it should ideally be granted on the nature of given work irrespective of gender considerations?

So, a more comprehensive solution would be to extend this benefit even to male employees who, albeit in minority cases, would want to stay on at home for the same purpose.

The doubts over technological feasibility can wait. What demands far greater attention is the gender disparity it creates in the quest for a diluting a patriarchal setup, both in the domestic and professional spheres.

Apart from this flaw on the gender front, the move has been tried and tested by American multinational company, Yahoo whose CEO Marissa Mayer decided on the ban on work-from-home after spending months frustrated at how empty Yahoo parking lots were and after consulting Yahoo's VPN logs to see if remote employees were checking in enough.

Her argument was quite logical, "People are more productive when they're alone, but they're more collaborative and innovative when they're together. Some of the best ideas come from pulling two different ideas together."

Lots of people around the country and world work from home these days, and many of them - particularly mothers - seemed to view Mayer's ban as a threat on their way of working.

But productivity would take a huge hit due to the lack of a monitoring system and a phenomenal risk of many employees availing the benefit as opposed to an office desk job. Instead, a more plausible solution would be to limit the period of work-from home duties to a maximum of 2-3 years in the case of employees who’ve applied for leave owing to secondary domestic responsibilities.

Another way to prevent many employees from availing this benefit would be to introduce a pay-cut of 20-30%. This is to be done keeping in mind the ‘additional advantages’ enjoyed by work-from employees as they wouldn’t incur either travel (thereby saving time) or overhead expenses (like fuel and maintenance). On the flip side, it could create more job opportunities in any sector providing the work-from home option.

There is also an environmental good, though small: resultant reduction in the use of private/company vehicles brings down pollution levels.

There has to be a complete overhaul of the labour laws allowing paid and casual leave in the event of an employee already benefiting from the work-from home scheme. In extremely veritable cases, the remote employees could be allowed flexible working hours depending on the time they would have to invest for other purposes.

However, as of now, the idea appears too far-fetched and unattainable. Perhaps, the single-most impediment would be on the technical feasibility considering the geographical spread of the SBI’s branches.

Instead, why not devise a system by which employees aren’t subjected to regular transfers far from their hometown? Or maybe even setup crèche facilities for a temporary period?

It is, therefore not at all surprising that modern private banking institutions like HDFC and ICICI haven’t mulled over such innovations precisely due to the fallout in productive capacity of the company.

Thus, the scheme is beset with a two-fold complication: Firstly, the need to extend the option to all employees if introduced as a company policy and secondly, to develop suitable technology to oversee the work done by them.

Ultimately, the wisdom of the primary stakeholders, ie the employees and industry experts have to be consulted before any fast-track measure is in the offing. Like Margaret Heffernan once said, “For good ideas and true innovation, you need human interaction, conflict, argument, debate”.
Posted by Seasonal Magazine at 8:53:00 PM