Why India Needs More Jobs and Not More Investments 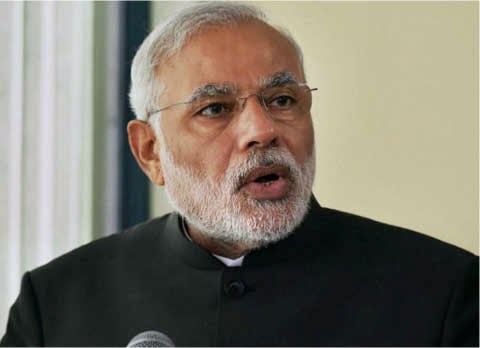 Indian stock market continued its bull run even today, undeterred by RBI’s avoidance of an interest rate cut yesterday. Though the key Nifty index closed only marginally up, at 8537 it was barely a 1% slide from its all-time high of 8623 scaled recently. Investment flows to India is speeding up, due to the new majority regime led by PM Narendra Modi, the unprecedented fall in crucial commodities like oil, the resultant fall in inflation, and also due to the turmoil in other emerging markets like Russia, Brazil, & China. But apart from making a small minority of already well-off investors richer, is the boom in investments really helping the common Indian people? That brings us to the contentious question of whether what we really need is investments or jobs.

The answer is so simple that everyone knows it - we need investments first because that creates jobs. But who said it? Perhaps all your favourite politicians have said it, more than once.

But who has proved it beyond a reasonable doubt? Not many. Not any economists, and definitely not any businessmen or politicians.

Today, starting from the West, the theory that it is investments that create jobs is finally being understood as dumb, and is in the process of being junked.

Investments happen with the sole objective of making profits, and if profit-creation warrants job creation, it will create jobs. But soon, the profit seekers are looking out to maximise their profits, and the constant search is for how to cut more and more jobs to maximise profits.

Multiple studies done in developed countries like US shows that highly successful businesses, that have endured for the last 50 years, have been net job destroyers than net job creators.

This brings us to the second problem with investments, which is its inextricable links with technology. Investments have always happened, from time immemorial, to bring in new costlier technology that automates what humans do. The deadly combination of investments and technology creates 100 high-paying jobs by eliminating 1000 fair-paying jobs.

India Inc is on a roll due to the soaring equity markets due to the influx of foreign funds, which are here to make a quick buck. Needless to say, the bulk of this FII inflow is targeted towards the most ‘efficient’ industries of India Inc, like its IT, Banking, and other such service sectors.

Is that what we really need? Every year, 10 million young Indians join the workforce, whether they are skilled, semi-skilled, or unskilled. If all that we have to offer them is the kind of high-tech jobs offered by the services sector, imagine the catastrophe.

It is high-time that the services industry that has hogged the limelight ever since the economic liberalization of the 90s, be brought down from its high pedestal. Sure, it contributes 60% to the GDP, but that is only contributing towards creating a rich minority, and not addressing the majority of job seekers.

Because, despite its 60% contribution to GDP, the services sector that includes IT, banking etc accounts for only 27% of the workforce. The highly glossed over IT sector is still to provide for even 5% of the total jobs.

These are the kind of sectors that attract investments, not because they create jobs but because they limit jobs or even eliminate jobs in the long run, thus creating extraordinary profits.

Contrast this with India’s manufacturing sector, that even while accounting for only 16% of the GDP, has created 12% of all jobs. Imagine, what would happen if India can grow its manufacturing sector’s GDP contribution to 32% or 48%. That alone will solve much of India’s socioeconomic inequalities.

It is not a major challenge for India. In fact, Deloitte already ranks India as the fourth most competitive manufacturing destination worldwide, and forecasts that our country will swiftly become the second most competitive destination by 2018, just behind China. That is, in spite of the huge disadvantage India offers by way of ease of doing business!

Fortunately, Prime Minister Narendra Modi has already recognised this potential, as can be seen from his timely Make-in-India campaign.

But there is more to this disparity between investments and jobs.

An even bigger role than that of manufacturing can be played by agriculture. Because, even while accounting for 14% of GDP, farming employs 50% of our population. And the secret for this sector’s job creation efficiency is nothing but the fact that this is the sector that has been least touched by investments and technology.

What all these boils down to is simple. What we need for equitable development is not more investments to drive up the GDP and stock markets. What we need is initiatives and incentives to create millions of satisfactory jobs in job-creating sectors like agriculture, manufacturing etc.

No country is like no other, India especially so. For instance, who will believe that 94% of all Indians find employment in the informal, un-incorporated sectors?

In agriculture and manufacturing, the incentives should be specifically to boost exports. Like US & China, our farms and factories should supply to the whole world.

We need incentives in entrepreneurship and innovation because, it is a known fact that new businesses create more jobs faster than established businesses.

Non-core activities of an economy like tourism, entertainment, amusement, travel services etc need incentives, as they thrive on creating new or hitherto non-existing jobs, even in matured economies.

Let us stop running after investments, and keep our focus sharp on creating countless well-paying sustainable jobs.
Posted by Seasonal Magazine at 8:27:00 PM