How Can Fin Homes Leads in Asset Quality 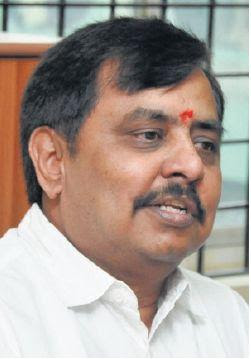 With a Net Non Performing Assets (NNPA) level of 0% since the last five years, Can Fin Homes is the undisputed leader in asset quality among dedicated housing finance companies.

It is also likely that no public or private bank having housing finance activity will have these kind of Net NPA levels in this longest tenure lending activity. Can Fin Homes has also been steadily bringing down its Gross NPA levels during the past few years, standing now at just 0.17%.

Can Fin’s performance in asset quality is outstanding in that it leads in not only its peer group companies by size like Gruh Finance, but also much larger players like Indiabulls Housing Finance.

Additionally, Can Fin is also growing its loan book at a blistering pace of around 30%, revealing that it is not sacrificing growth for asset quality. Can Fin Homes is backed by noted investors including Catamaran promoted by Infosys co-founder NR Narayana Murthy.

Can Fin Homes’ performance in both growth and asset quality is directly attributable to its sharp focus on retail housing loans that constitute 87% of its loans, as against developer loans that many of its peers undertake.

Around 84% of all retail housing loans given out by Can Fin are to the salaried class, which ensures high asset quality. Also, around 74% of its loan book is in the South Indian market, known for its better reliability and asset quality.

This housing finance company promoted by Canara Bank also excels in Return on Equity (RoE) and Return on Assets (RoA), comparable to or better than peers.

Can Fin Homes is led by its Managing Director, C Ilango, a Canara Bank veteran.

The HFC recently concluded a successful Rights Issue which raised Rs. 276.07 crore that has shored up its capital, for lending requirements for the next two years.

Can Fin Homes is currently on an expansion spree. The total number of branches and satellite offices of Can Fin Homes have increased to 132 recently, from 83 at the end of last fiscal.
Posted by Seasonal Magazine at 4:57:00 PM