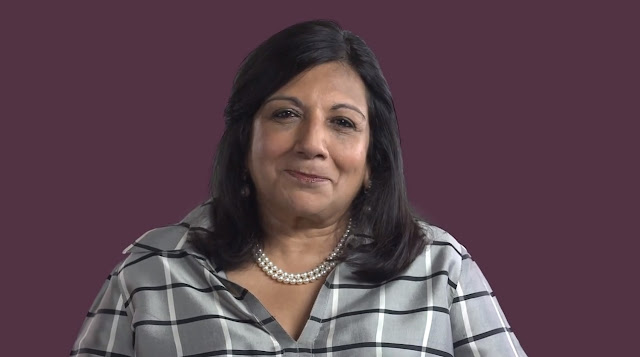 India Inc is all set to start a major season of IPOs with pharma research major Syngene’s IPO scheduled to open on 27th July. Here is an in-depth look into whether the Syngene IPO is attractive for investors at the offer price, or it should be avoided, or whether they should wait for any major corrections in its price post-IPO.

With less than 48 hours left for the commencement of Syngene’s IPO, and with anchor investors subscribing for around Rs. 150 crore, Syngene’s Founder Kiran Mazumdar-Shaw has made a rare attack on SEBI, calling its recent implementation of  new insider trading norms as being done “with draconian intent” and went on to remark that the new rule seems to be created by a “babu” sitting somewhere and having little knowledge about the stock market.

The attack on the stock market regulator on the eve of its IPO is also peculiar as most of the independent market commentators had welcomed SEBI’s tightening of insider trading norms, as plenty of fraud was happening in the Indian market through loopholes in insider trading norms. Also, almost no major listed corporate has criticized SEBI’s move so far.

Biocon is a mid-sized player in the Indian pharma market, coming 15th in annual sales, 12th in annual profits, and 17th by way of market capitalization.

Insider trading refers to promoters, their family members or friends, and employees, trading in the company’s stock while in possession of private company information that may affect the stock’s price if made public. Under the new norms, SEBI has mandated a six-month gap in trading to prevent exploitative action by those with inside information.

Biocon Chairman’s worry seems to be connected with restrictions on buying and selling by Employee Stock Option Plans (ESOPs). Her outburst against SEBI is likely to be noted by the market as Syngene’s IPO is all about a subsidiary (Syngene) which is already part of a listed company (Biocon) trying to get itself independently listed. Both Biocon’s and Syngene’s senior executives are known to have benefited from ESOPs.

Firstly, Syngene is not an easy organization or operation to replicate. It employs 2122 scientists of which 258 are PhD holders. They work from a state-of-the-art 9 lakh sq ft research facility at Bangalore, serving basically two kinds of customers.

Syngene has dedicated centres and personnel for major clients on long-term contracts. Currently there are three such clients, Baxter, Abbott, and Bristol-Myers Squibb, which form 39% of its revenues.

The other type of contracts are short-term in nature, and project focused, and Syngene has around 220 customers in this space, all of them global pharma companies, contributing 61% of its sales.

Though many listed pharma companies in India have in-house Contract Research Organizations (CROs) or Contract Research & Manufacturing Services (CRAMS), Syngene will be the first dedicated CRO/CRAMS operation in India to be listed.

According to Biocon Founder and Executive Chairman, Kiran Mazumdar-Shaw, even in the whole of Asia, there is only one other listed player in the dedicated CRO/CRAMS space, which is China’s WuXi PharmaTec. With a reported de-listing possibility of WuXi from the Chinese market, Syngene may end up as the only listed CRO/CRAMS player in Asia. According to Kiran Mazumdar-Shaw, this makes Syngene the next great story in Asia.

Secondly, Syngene has been a good growth story with reasonable return ratios during the last five years. While it’s sales has been growing at an impressive CAGR of 28% and net profit at 59%, its healthy operating profit margins of around 30%, and relatively low equity and working capital requirements have ensured that it’s core return ratios are reasonable at around 20%.

Thirdly, Syngene’s IPO is fully an Offer for Sale (OFS) of existing shares by its promoter, Biocon, and as such doesn’t involve any fresh issue of shares or the resultant dilution in equity. The offered quantity in the IPO is also not too much - only 11% of the paid-up capital - which ensures that the freely floating shares won’t be too much in the market.

Another advantage of Syngene IPO, as far as retail investors are concerned, is that around 35% of the offer quantity has been reserved for retail investors. Syngene is also offering a kind of loyalty bonus to Biocon investors, with a specific portion of the offer earmarked for them.

Coming to Biocon’s performance on the wealth creation and wealth sharing fronts, it is not a bad performer. In its 11 years of listed existence, Biocon stock has appreciated by a maximum of nearly 177%, it has given a 1:1 bonus issue 7 years back, and is a dividend paying company.

However, having said all these pluses, it is important to keep in mind that Syngene IPO also comes with several major pitfalls for investors.

First among the risks is that this being an OFS by Biocon, Syngene is not getting any funds from this IPO. This would have been fine if Syngene was not in need of any major capex in the near future.

However, this is not the case, and according to some projections, Syngene has a major capex planned amounting to $200 million that will transform it from primarily a CRO into more of a CRAMS operation.

This capex is substantial for an operation like Syngene as it involves almost a doubling of its asset base. And since this capex is also critical for its future success, it is not clear why Syngene didn’t opt to raise any funds for itself by issuing new shares in this IPO.

This leaves Syngene to rely on internal accruals and raising debt to fund its capex in the near future. Despite its high growth and high profitability, Syngene has been burning cash for Biocon at a high rate. Here is that risk factor in Syngene's own disclosure as seen in its DRHP filed with SEBI:

Of course, Biocon can invest the IPO proceeds back into Syngene, but so far Biocon has said that the funds will go for its own capex needs.

Secondly, despite Syngene’s high rate of growth in the past, the future growth may not be as rosy. The international Contract Research business is expected to grow at only 11.5% for the next four years. It is unclear whether Syngene has any strategy to outgrow this industry pace.

If it doesn‘t outperform this slowing rate in the industry, Syngene carries the risk of following a disturbing trend found in the Indian capital market in recent years, where major players time their IPO well after their best growth years are over.

Secondly, Syngene has a client concentration risk, where just 3 clients contribute  39% or two-fifths of its total revenues. Loss of one or more of these clients due to any unanticipated issues can be a major risk. Even a substantial reduction in business by any of these 3 clients can affect Syngene’s future growth rate.

Thirdly, Syngene IPO is coming at a stiff valuation of around 28.5 times TTM P/E, which doesn’t leave much on the table for new investors. Though the valuations are comparable to China’s WuXi, the comparison doesn’t sound very convincing as the Chinese major’s sales is nearly 5 times of Syngene, and it has over 19 R&D sites serving over 2000 global clients, against Syngene’s one site and around 225 clients.

Another noteworthy point to the valuation Syngene is asking for comes from its projected market cap at the IPO price, which is around Rs. 5000 crore. In contrast, parent Biocon (of which it is a part), can command a market cap of Rs. 9323 crore only. This comes across as an anomaly as Syngene accounts for only 28% of Biocon’s sales and 33% of Biocon’s profits. Though a subsidiary’s IPO can unlock some value, there seems to be an attempt here to command too much value.

Lastly comes the issue of Biocon’s track-record in wealth creation and sharing. Though it has not lost money for most of its investors during the 11 year listed period, and has provided some appreciation and dividends, many Indian pharma companies have outperformed Biocon significantly during this same period.

A ready example is Strides Arcolab, based in Bangalore itself, where Biocon and Syngene are located. While Biocon was founded in 1978 and Syngene was started in 1993, Strides was formed in 1990. It went for its listing in 2000, just four years prior to Biocon‘s IPO.

But comparing the investor returns from both companies - starting from the time Biocon listed in 2004 - there is a huge divergence. Against Biocon’s 177% appreciation during this 11 year period, Strides’ stock has appreciated by 970%. Even more impressively, Strides has been a hefty dividend payer that has paid 484% returns (calculated from its 2004 prices) during this period as special dividends, which is apart from its regular dividends.

However, during Biocon’s IPO in 2004, it was a much more celebrated story than a regular pharma player like Strides, due to Biocon being a biopharmaceutical pioneer of India. Biopharmaceuticals was projected as the next big thing in pharma sector. But the returns from Biocon have never been spectacular, till now.

The success of Strides is not an isolated case either, as many pharma companies have outperformed Biocon in the aspect of wealth creation during this period.

Even today, there is no doubt that Biocon is a much more glamorous name than companies like Strides, and there are analysts who feel that the best days of Biocon are yet to come. But at the end of the day, investors are looking for returns, whether it is through an IPO or from the secondary market, and here is where Biocon’s big story has been an underperformer so far. High on promise and low on delivery.

Most investors are not particular that they should create wealth from a specific company, especially if it is a complex and long-term story like Biocon or Syngene. A case in point is Page Industries, another Bangalore based company, that went for its IPO 3 years after Biocon, but has multiplied investor wealth by 4870% against Biocon‘s modest 177%, apart from paying hefty dividends each quarter.

Page is the Indian licensee of international undergarments maker Jockey, and has been a simple company to understand and invest in, and has scaled up wonderfully being a strong brand and low-risk operation.

That is why Syngene’s projection as the next big story to hit capital markets comes across as not fully convincing.

Will Syngene IPO break that jinx, and will it usher in better times for both Biocon and itself? As of now, both comes across as long-drawn out stories, taking into consideration the stiff IPO price, and the heavy capex lying ahead of Syngene for which this IPO proceeds won’t contribute.

Syngene is no doubt a promising company, but attractive only at much lower levels, and when there is more clarity regarding how its upcoming capex is to be funded.

Such an eventual correction in its price post-IPO is not an impossibility, as Biocon stock itself had tanked by almost 57% of its IPO price within 4.5 years of listing.