Indian Cricket Needs that Jack of All Trades 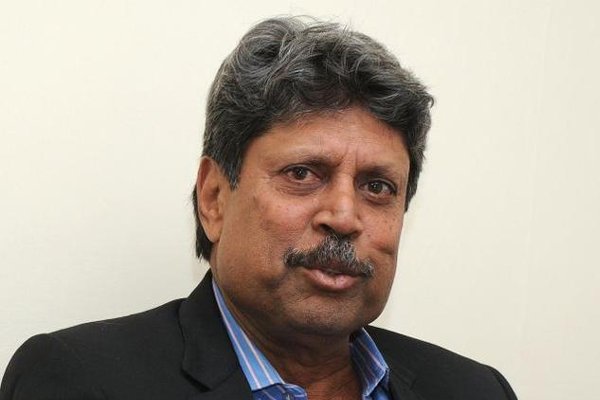 
Let’s admit it. India doesn’t play like world-beaters. Be it in the arena of international politics or sports. There is a certain weariness which Indians exhibit in their demeanor. One can’t help but notice the overwhelming physical strain written all over their faces. The moment Indians are pushed against the wall, there is always an air of uncertainty about whether they can deliver the goods. However, that is not to say that the Indians are mere pushovers. They just lack the ability to cross the finish line. In the lead up to the 2014 General Elections, terms like ‘policy paralysis’ and ‘incompetent governance’ were played out by the media with such fervor that India ended up portraying an image of themselves as being sluggish to the world. Even if the present government unleashes a barrage of initiatives, there is too little time for the repair work. To cut a long point short, India has clearly displayed a lack of mental toughness and physical prowess, both of which are attributes needed to succeed in the long term.

The abject surrender in the ODI series indicates a pressing need to overhaul the mindset with which sport is being played. But as Indians are so used to passing the buck and indulging in the pointless blame-game, let us also do ourselves no justice by pointing fingers at the root cause of the problem. Where is that one genuine bowling all-rounder? Ah, you guessed right. The issue really boils down to the futile search for that one player who has eluded Indian cricket for so long and may prove to be the only answer to India’s woes while playing overseas. History has shown that that one player may end up being the difference between victory and defeat. There is a reason why the Kapil Devs, Imran Khans, Ian Bothams, Michael Bevans and Jack Kallis’ are considered greats of the game.

If one were to dissect the one-day series played out between India and Australia, there will just be that one unanimous question about whether India has that player who can get the job done. Of course, the likes of Dhoni, Kohli, Ishant Sharma and Ashwin have played significant roles to take India home but they can be relied upon only in the sole trade that they ply in. Jadeja has been nothing short of disappointment. In the 4th ODI at Canberra, Jadeja showed just why he is in the team: to save his place in the team until India discovers that elusive player. Often criticized for failing to rotate the strike (his slow-paced innings at the T20 WC in England cost India the match), for a change Jadeja looked at ease while milking the ones and twos with relative ease. The only issue being that he had tailenders at the other end and the match was slowly slipping out of India’s hand at a time when the run-rate was climbing up with every single scored off his bat. Let’s take nothing away from his exploits with the ball and his lightning presence on the field. But such has been his failure with the bat that India desperately needs to find a pinch-hitter who can bat at No.6 or 7. Ashwin can chip in with the bat but he isn’t a natural all-rounder. None of India’s fast bowlers, since Ajit Agarkar, have the bare minimum technique to withstand the hostile fast bowling and crafty spin of their counterparts. Out of the regular faces in the team, India has very few options to consider when it comes to picking a seaming all-rounder.

In the quest for filling in that role, the selectors had consciously picked Rishi Dhawan and Gurkeerat Singh Mann for the ODI series and Hardik Pandya for the T20 series. All three have fought their way into the team after noteworthy performances in the Ranji trophy and the recently concluded Syed Mushtaq Ali T20 trophy but are they good enough at this level? Playing your debut series in Australia is always a tough task but an initial assessment of these players goes to show that they may require grooming over a period of 4-5 months at best. Rishi Dhawan did bowl a tight length but lacks the pace to cause any problems to seasoned batsmen. Gurkeerat got just the one opportunity with the bat but he bowls more like a part-time spinner and may get hammered due to his predictability. On that note, Hardik Pandya seems to be the automatic choice with his big-hitting ability and decent execution of yorkers at the death. He is a fine boundary fielder with a strong throwing arm and is quick between the wickets. However, Pandya needs to be given a long rope if India stands any chance of finishing off games from winning positions.

Ideally, India is looking for a Shane Watson in their side. The Aussies have been blessed with a plethora of bowling all-rounders, the most recent ones being James Faulkner and Mitchell Marsh. Pandya will know that a string of good performances will do him and the team a world of good and he will be hoping to make his chances count. India should also look into the services of Irfan Pathan, who had a brilliant outing with both bat and ball in the domestic T20 league. Once touted to be India’s next Kapil Dev, Pathan had faded into oblivion before regaining form after years of grinding it out in the domestic circuit. He has also managed to gather pace in his run-up, something which hindered his bowling leading to a lengthy rough patch. He can clobber sixes at will and has the experience of playing in the big tournaments. India simply has to persist with the likes of Hardik Pandya and Irfan Pathan as they are the kind of players that can be found in all world-beating teams.

The West Indian team of the 70s and 80s had Sir Garfield Sobers, Pakistan had Imran Khan, while the Sri Lankan team of the late 90s were unstoppable with Aravinda De Silva chipping in with crucial wickets every now and then. The great Australian team of the early 2000s was not just about Steve Waugh, Shane Warne and Ricky Ponting. The team had in their ranks one of the best finishers the game has ever produced: Michael Bevan and who can forget the fiery Andy Bichel? With the Asia Cup and the T20 WC in mind, India needs to address a long-standing Achilles’ heel with the limited choices they have at their disposal. Otherwise, only rankings would make India look like world champions when the reality is clearly far from it. And perhaps the only way to gain a psychological edge over their rivals is to pick the men who really matter in a game which continues to rapidly evolve over time.