Two Years of Modi - Promised Turnaround, Half Full or Half Empty? 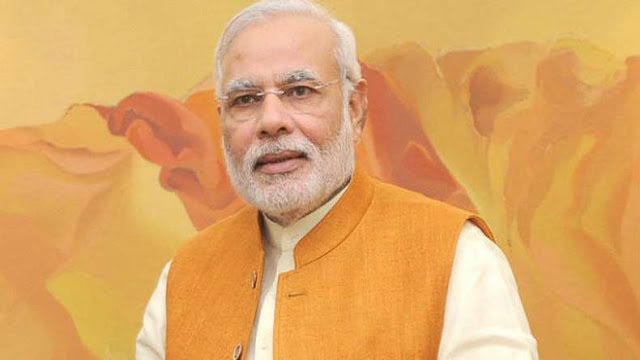 When Modi Government celebrates it's second anniversary, just six more months remain for the BJP-NDA government to expend half the time accorded to them by the Indian public. It is high time to check whether the promised acche din have arrived. Whether the promised turnaround is half full or half empty.

At the extreme left wing there are segments that regard Modi’s first two years as utter failure, but they are people who rarely vote for anything except Congress, Left Parties, or the traditional UPA members.

At the other end of the spectrum, is the extreme right wing segments, that still regard Modi as the savior India was waiting for since Independence. But then, they rarely vote for anything but BJP or NDA.

It would be a waste of time to repeat that both these views are wrong or unscientific.

While extreme right wing and extreme left wing views shouldn’t count much in such a debate, the views of the bulk of Indian population who are just left-off the centre or just right-off the centre should be respected.

In other words, India’s famous aam aadmi. People who vote based on performance. Will Modi and his team members pass that test?

A recent sample survey by CMS, done to coincide with completion of Modi’s first two years in power shows that despite spending around Rs. 1000 crore to publicize 40 schemes launched by Modi, barely two have made reasonable impact in people’s minds – Swachh Bharat and Jan Dhan.

While that is only about perceptions, there is no doubt whatsoever that the Modi led Government has undertaken many steps that have led to a revival in the economy.

Among them, first to be appreciated is Modi’s and Jaitley’s commitment to their promise that fiscal deficit would be controlled and brought down. So far, they score full marks over here.

Secondly, Modi has come across as a person who learns from his mistakes, and the contrast between his government’s last and previous budgets is enough example. Rural economy and its growth have been included as important objectives in this year’s budget and this is likely to deliver great dividends in the coming years.

Thirdly comes the stock market performance. Though the exuberance is long gone, Indian market continues to attract both foreign and domestic investments, driving up at least the performing segments of the market.

On the FDI front too, India has performed well under Modi’s stewardship, with inflows at record high.

And lastly, on security issues too, Modi Government has scored reasonably, despite continuing issues from across the border, and in some internal pockets.

If that all are on the positive side, there are enough to be said on underperformances too.

The most noted drawback from Modi’s two years of governance has been delay and resistance to improve Minimum Support Prices (MSPs) of most agricultural produce. While this has been done ostensibly to contain inflation, this has so far only helped in shattering rural economy that has already been reeling from the onslaught of two droughts.

Secondly, while the government did the miracle of containing fiscal deficit, it was largely based on the windfall gains obtained from the widening disparity between global crude oil prices, and domestic petrol /diesel prices.

Rather than let the significant gains come to the consumers directly, Modi government cornered it for their own use in bettering fiscal deficit and the growth metrics. This has clearly left a bad taste in the mouth of consumers, who feel they have been robbed off their legitimate savings.

The jury is still out on whether India would have been far better off if the gains from falling crude prices would have reached the consumers’ pockets, leading to a huge boost in sentiments, and therefore spending, which would have offset even higher MSPs for agricultural products.

Thirdly, Modi Government’s handling – or better put, non-handling - of the Non Performing Assets (NPA) issue in banks has compounded an already sticky problem to unmanageable levels now. While clearly this is a legacy issue from earlier terms of both UPA and NDA, the Government should have given top priority to tackle this vexing issue from 2014 onward.

Instead, it dillydallied for long before coming out with a comprehensive solution recently, and there are enough skeptics who believe that even the current framework for resolution is far from what is necessary, and that the Indian banking sector is yet to see its worst days.

Next in line among Modi’s failures, that could have been easily avoided, is all about BJP’s confrontationist tactics both inside and outside Parliament that have left the government without crucial legislations like the unified Goods & Services Tax (GST), and many large sections of the population smarting at the intolerant agendas of extreme right wing elements that Modi seems to have no problem tolerating.

Despite the ground situation in Rajya Sabha far from favourable, Modi and his ministers displayed scant regard for cooperatively building up a consensus on vital issues like GST, while totally inept handling of issues in several central university campuses finally resulted in Rohith Vemula’s tragic suicide that has become an intolerance blot that is difficult to wash off.

The recent Uttarakhand fiasco has only added to the concerns that under Modi and Amit Shah, this government and party would stoop to any lows to kill competition.

Finally, while Modi’s selected team in 2014 and later, was not known for having the best talents available in BJP-NDA, everyone was hoping that either they would improve or that Modi’s inspiring leadership would help them improve.

Neither has happened so far, and except for reasonable performers like Rajnath Singh, Arun Jaitley, Manohar Parrikar, Suresh Prabhu, Nitin Gadkari, Nirmala Sitharaman, and Piyush Goyal, the majority of cabinet ministers and ministers of state have underperformed or failed to make any impact whatsoever.

Even worse, many among them like Smriti Irani, Uma Bharati, Kiran Rijiju, Maneka Gandhi, Giriraj Singh, VK Singh, and a few more like them, have often hogged the limelight for wrong reasons.
Posted by Seasonal Magazine at 2:51:00 PM