How India Grows While its Politicians Sleep 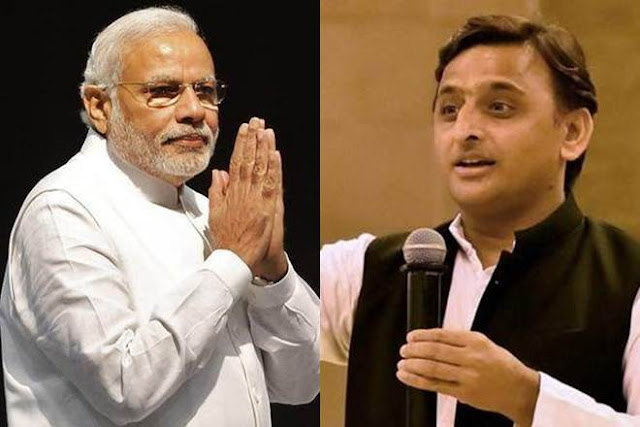 There is a saying in the country that ‘India grows while its governments sleep’, and India Inc has once again proved this adage right. Nothing had hit business sentiment more than government’s sudden demonetization drive, and despite it affecting growth across the sectors, the resilience shown by Indian companies have been appreciated by global investors, and that is why stock markets are back to buzz.

Whoever coined that wise saying, he or she wasn’t just being clever like in Twitter; rather this seems to have emerged from either personal entrepreneurship or strong observational skills. There is a view that the saying was coined by noted author and former CEO of Procter & Gamble India, Gurcharan Das, who wrote a book titled ‘India Grows at Night’; but there are other views that the saying precedes Das.

There are also variants to this old proverb, and the most interesting one seems to be this – ‘India grows while its politicians sleep’. Whichever one you prefer, the insight behind the observation is nothing but marvellous.

Because, the implication is not just that India grows whether its politicians and bureaucrats do something or not; rather the funny suggestion is that India grows better when these administrators sleep, the obvious inference being that when they are awake they are busy hindering growth, on one pretext or the other.

Take the Uttar Pradesh elections, for instance. Can Narendra Modi or Akhilesh Yadav place their right hand on their heart, and declare that whatever they have said and done during the past few months were in the best growth interests of UP, let alone India? No, they can’t, as all their scheming and moves – including the Union Budget - were blatantly populist, with the potential to affect future growth.

Forget the crucial issue of wasting the precious time of their respective offices – of PM & CM – in order to wrest this crucial state for their parties, which is a connected but different issue at the same time.

This is not to criticize Modi or Yadav personally; in fact almost all Prime Ministers and Chief Ministers that India has seen so far would have done the same. The only difference is that with each iteration, the premium placed on winning an election at any cost has shot up, and so has the populist appeasing.

What is the principal duty of a Chief Minister? Akhilesh Yadav and his peer CMs across the country now have brought things to such a stage that, it now seems that winning for a second term is a CM’s principal duty!

Wave after wave of elections, that result in wave after wave of not only populist moves, but of polarizing the people along religion and caste, and most importantly, of institutionalizing corruption, as it is during elections that political parties raise and spend the most illegitimate funds.

Or take the case of Tamilnadu. It is anybody’s guess how much its politicians and bureaucrats have worked for the welfare of people during the past few months, as one drama after another was playing out. As though clinging on to power or usurping power is the principal aim, even if it means nothing else will done for months altogether.

All in all, there are no limits to which India’s secular growth is continually set back by politicians of every hue.

In contrast, observe the way Indian Inc works. They innovate on their own, work harder to survive even experiments-gone-wrong like demonetization, and hardly waste their time or energy on anything but growth, which has the pleasant side-effect of generating jobs and improving salaries of the professionals and employees, which in turn boost sentiments in the consumer markets, and this virtuous cycle is continued.

Almost all the wins of India Inc since the last few decades have emerged on identifying opportunities and innovating to capitalize on them. For instance, no government either in Bangalore or New Delhi did anything spectacular to usher in the mammoth IT services industry that spawned some of the largest Indian companies in existence today.

Similarly, no Union Government or State Governments did anything of specific help to kick-start either the e-commerce revolution or the bigger start-up culture. Indian adaptability is readily seen in the emergence of many start-ups that adjusted  Silicon Valley success models to perfection, be it Flipkart or Ola Cabs.

Ironically, the e-commerce and startup revolutions happened in India, when India was undergoing the so-called ‘policy paralysis’ under UPA-II. Yes, India grows when its governments sleep!

The funny thing is that there have been later day attempts by politicians and bureaucrats to piggyback on such successful waves of entrepreneurship, and even worse, attempting to take credit for such industry successes. This is best exemplified by publicity exercises like Investment Meets conducted by various state governments, as well as new national programs like Startup India, Standup India.

By now it is a well-known fact that not even 5% of the MoUs signed at such Investment Meets are ever followed through, while programs like Startup India are woefully inadequate to address the real startup ecosystem as it is driven by next-generation hyper-efficient processes and super-specialist investments, both of which the government babus are unable to comprehend, let alone handle.

The defenders of government intervention in ensuring growth might cite the landmark liberalization of 1991. But let us not fail to comprehend what exactly was this liberalization move. It was nothing but the Indian Government proposing that they would meddle less in business, and sleep more!

Today, India Inc is facing its next big challenge. Its exports, including the crucial IT exports, stand to be trumped by the protectionist policies of a new US President. But expect the likes of TCS, Infosys, and even smaller peers to survive and emerge stronger from this challenge too.

Let us also not assume for a moment that this culture of living up to challenges is exclusive to the big boys of business. Nothing could be farther from the truth. Just like how the death of the kirana store was hugely exaggerated, so will be the fortunes of the country’s thriving MSME sector. Already this vast unorganized sector accounts for more than 50% of Indian jobs. It will not die down, as it is tied to that Indian spirit of survival, of growing while the politicians and bureaucrats sleep.
Posted by Seasonal Magazine at 2:44:00 PM 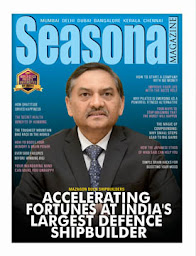