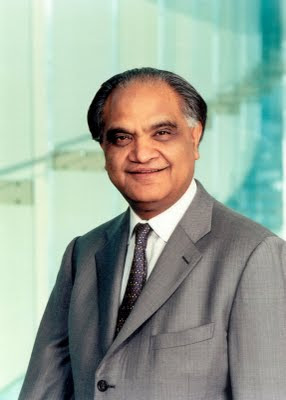 ABOUT RAM CHARAN:
As a poor boy growing up in a village near Delhi, Ram Charan helped his mother by making cow-dung cakes for fire. Later, he would consult for some of this world’s most powerful CEOs including Jack Welch. As a high-schooler, Ram Charan helped his father and uncle in their small shoemaking setup. Today, Fortune 500 companies pay him more than Rs. 10 lakh a day ($20,000 / day) for consulting. As a teenager, Ram Charan had his teachers visiting his small home, coaxing his parents to send him to college. Later, while doing his MBA at Harvard Business School, he would be specially invited by the faculty to prematurely enrol for their PhD. As an engineering student in Banaras Hindu University, Ram Charan was two years younger to his classmates and more than two generations poorer. Later, he would become Harvard Business School’s first Indian faculty. Emigrating to Australia, and later US, Ram Charan would fret over his lousy English. Later, he would write several management bestsellers (2 million copies sold) and script two cover stories for Fortune – ‘Why Companies Fail’ and ‘Why CEOs Fail’. Ram Charan is the antithesis of a corporate guru. He doesn’t believe B-Schools can create leaders. Better leaders are crafted in military, sports, and the workplace, says Ram Charan. Nor does he claim that he has something special to teach CEOs or possess an array of readymade tools for success. So, what does Ram Charan do that other consultants can’t, that earns him $20K a day? It has been one of corporate America’s biggest riddles. The riddle is all the more complex because he is not a man of theories or jargon, but of old-fashioned profit-and-loss strategies and execution. Ram Charan is basically a problem-identifier, a problem-solver, and a solution-execution specialist. Perhaps, a couple of clients and former clients would explain more of what he does. Says Jack Welch, former Chairman & CEO of GE, “Ram Charan has this rare ability to distill the meaningful from the meaningless and transfer it to others in a quiet, effective way without destroying confidences.” Says Richard J Harrington, Chairman of Thomson Reuters Foundation, “Ram Charan knows more about corporate America than anybody.” Says John Reed, former Citicorp CEO, “Ram Charan is like your conscience.” Says Ivan G Seidenberg, Chairman & CEO of Verizon, “I love him. Ram Charan is my secret weapon.” Says Jack Krol, former Chairman & CEO of DuPont, “Business is Ram Charan’s whole life.” Indeed it is. This guru doesn’t own a car, because he hasn’t had time to learn driving. In his late 60s now, he bought an apartment only a couple of years back, until then living in hotels every night, for nearly 40 years! Needless to say, he is not married nor having kids. He rarely stays in any city – US or international – for more than a day, and in last year alone clocked 50,000 air miles, flying around the globe every day for meetings with CEOs. Legend has it that he has never visited his own office or moved in to his apartment. But his office couriers him fresh sets of clothes and accessories three days a week, to wherever he is.

RAM CHARAN'S RECESSION STRATEGY
What does Ram Charan think of this downturn? Firstly, he feels that the recession will drag so long in the developed markets that it will seem permanent. Even after recession ends, according to Ram Charan, leverage will remain out of favour with the public, with nobody ready to commit serious investments. He also puts the political solution before the corporate solution. Says Ram Charan, “It is largely out of corporate hands. Washington needs to come up with a coordinated plan. I just came back from India, and government action there is much more coordinated.” So, what should corporate leaders do? “Leadership is judged in times of crisis. They must be optimistic about weathering the storm, that solutions will be found. But they need to raise cash, and not take risks, especially with cash. Those who can’t raise cash should consider mergers without waiting for the 11th hour,” feels Ram Charan.

BOOK'S BY RAM CHARAN
Leadership in the Era of Economic Uncertainty
Execution
Every Business is a Growth Business
Know How: The 8 Skills That Separate People Who Perform From Those Who Don’t

Watch This Space For The Full Cover Story. Bookmark Below.