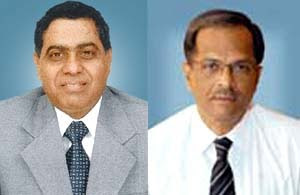 India’s ongoing tussle in the banking sector – the fatherly advice of RBI to lower rates, and the free-thinking defiance of public sector banks – doesn’t affect one player much, because, at 11%, Punjab National Bank (PNB) already has the lowest prime lending rate (PLR) among all banks in the country.

It goes without saying that it is a feature that makes PNB a favoured bank among India’s businesses, farmers, and consumers.

Punjab National Bank also excels on Capital Adequacy Ratio (CAR) – perhaps the only parameter where many Indian banks fall short, much like their global counterparts. While many Indian Banks are struggling to keep their heads above the floor-levels of 9-12%, PNB’s CAR is at a very comfortable 14%, a distinction that it shares with only one other PSB. This also makes PNB in no need for recapitalization by the government, something that is plaguing many other peers.

New Delhi headquartered PNB, India’s second-largest public sector lender, has over the years acquired some unique strengths vis-à-vis its peers, which can make this public sector bank take on bigger players from both the public and private sector, provided it can manage some key challenges.

The bank produced a Dalal Street beating Q1 financial performance which was noted not only for its headline profit growth of 62% aided by a sharp rise in treasury income, but for its several constituent and other key figures. Loans were up by 38%, total income was up by 34%, operating profit was up by 59.7%, but the biggest surprise came by way of interest income which was up by 26%.

The performance on the net interest income (NII) front is especially good, taking into account their low PLR and how other comparable banks have performed. It also enabled PNB to manage margin pressures better.

The bank has a good source of low-cost funds in its CASA deposits that amount to nearly 40% of its total portfolio.

Punjab National Bank which lost its last Chairman KC Chakraborty recently to Reserve Bank of India (RBI), since he was the senior-most banker in India, is now led by its Executive Directors MV Tanksale and Nagesh Pydah, both veteran bankers from India’s public sector banking.

According to Tanksale, the bank is eyeing a profit of Rs. 3700 crore for the current fiscal, based on an anticipated loan growth of 22% and maintenance of Net Interest Margin (NIM) at 3.5%.

PNB is a good performer on the bourses, with most analysts assigning ‘BUY’ or ‘KEEP’ recommendations, and the scrip commanding a significant premium over spot-price in Foreign Institutional Investor (FII) transfers.

Punjab National Bank had also put in a good performance during 2008-09, which saw net profit going up by nearly 69% over the previous year. And it was a sustained, all-quarter performance, with even the choppy Q4 producing a 59% jump in net profit. Buoyed by the development, PNB was also quick to declare a generous 200% dividend.

2009-10 will be a momentous one for PNB, as it battles some of its core challenges and handles some divestments.

PNB has a huge portfolio of restructured loans, which is the second-largest (as a percentage of its loan-book) in the public sector category. The bank needs to keep a close watch on these accounts lest they fall into the non-performing category next year.

Punjab National Bank also need to improve in its overall business efficiency, as, despite having India’s second largest branch network, it is only third-largest in total business - behind State Bank of India (SBI) and ICICI Bank - when considering both public and private sector banks. A part of this seeming inefficiency is directly due to meeting their social commitments as a public sector bank, something private sector players are not burdened with.

Punjab National Bank is divesting a 26% stake in its wholly owned subsidiary PNB Housing Finance to international major Dawnay Day for an amount estimated to be between Rs. 70 – 80 crore. The sale’s due diligence is going on and PNB expects to wind up the process within two months.

The bank continues to garner international recognition and partnerships, with the latest being Ex-Im Bank of USA recognizing Punjab National Bank for partnership in its $2.45 billion India Infrastructure Facility, a mega loan facility for India’s infrastructure projects.

On the technology front, PNB has not only completed implementation of Core Banking Solutions (CBS) throughout its vast network, but has also completed CBS in all its affiliated Regional Rural Banks (RRBs) – a sector that is normally shy of technology.

With 100% CBS, the largest ATM network among all PSBs, and Internet Banking, Punjab National Bank has implemented truly ‘Anytime Anywhere’ banking. In fact, it goes even beyond to facets of e-commerce like booking of tickets, payment of bills etc.

PNB is an outperformer in socially inclusive banking, and has kick-started several initiatives in sectors like microfinance, self-employment loans, kisan credit cards, rural smart cards, enabling technologies for the handicapped, support for the economically challenged etc.