Will IndusInd Ever Catch Up With ICICI, HDFC, & Axis? 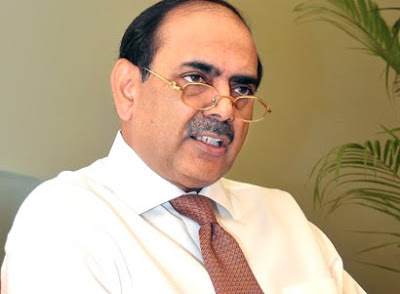 During the initial years it was main promoter Hinduja Group’s controversies like Bofors that played spoilsport for IndusInd Bank. Later, it was a case of uninspired leadership. But the current MD & CEO Romesh Sobti’s radical strategies have apparently played out well for the bank, if last two quarters’ growth is any indication.

But it is also a strategy that has taken IndusInd from the safe shores of investment banking and HNI business to the risky coasts of less secured retail loans. It remains to be seen how IndusInd’s new strategy will pan out.

IndusInd Bank started out in the same year – 1994 – as ICICI Bank, HDFC Bank, & Axis Bank, with almost the same scale of capital. But now all those banks are at least 5 to 10 times the size of IndusInd. That this was despite Hinduja Group’s international expertise in banking, has been a sort of riddle in banking circles.

But with the second quarter results out, IndusInd Bank has proved that it can shrug off this lethargy and grow faster than others to catch up on lost time. IndusInd grew its net profit by 131% this quarter, and it was one of the healthier all-round results posted by any private bank or comparable public sector bank.

The even better news is that when taken as a whole, the two quarters or H1 has registered a 211% growth. With this, IndusInd has become the country’s fourth fastest growing bank in net profits.

But the bank still lags behind peers in deposits and advances growth. MD & CEO Romesh Sobti needs to address several of IndusInd’s potentials that haven’t still played out.

For example, IndusInd Bank is the country’s only bank to be originally promoted by a group of NRIs. Despite this significant exposure among the NRI community, the bank had failed to put up a good performance in garnering NRI remittances, which is always considered as a good source of low-cost funds.

Also, IndusInd Bank has always played the game conservatively, with not much enthusiasm for funding the so-called sensitive sector including unsecured retail, real estate, and capital markets. Such an outlook has prompted the bank to take a contrarian view on problematic NPAs. IndusInd was noted for opting out of the CDR process to revive Subiksha, the troubled retailer.

Anyway, under Sobti’s leadership, the bank is spreading its focus on segments like consumer loans. The bank was however always strong in investment banking and servicing HNIs, and this has helped them to grow faster now.
Posted by Seasonal Magazine at 9:15:00 AM