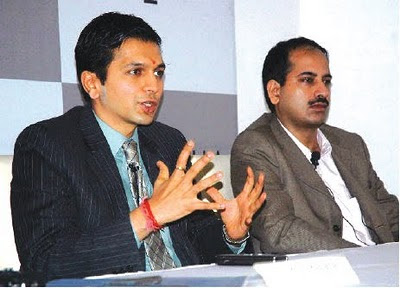 Thirty years back, the Lodhas were just another business family trying their luck in Mumbai real estate. But they played the game differently, maybe due to their education and exposure to international business. Unlike most Mumbai developers, Lodha Group decided to be a corporate first and a developer only next. They focused their energies on branding, team-building, and professional management, concepts not considered practical in real estate then. Founded by Mangal Prabhat Lodha and developed by Abhisheck Lodha and Abhinandan Lodha, the Group is today at dizzying heights. For the past year and the past quarter, Lodha has been the single largest developer in Mumbai with almost 12% market share, which is more than double of the second-largest player. The rapid growth hasn’t been without its downside, with some segments of the homebuyers and media complaining about aggressiveness, unrealistic promises, and missed deadlines. Anyway, the strategy that Managing Director Abhisheck Lodha put together with his top management team for this market-beating performance even during the downturn was quite intelligent – they pushed the limits of luxury in their core segment thereby attracting the most affluent customers, even while they launched deep into the middle-income affordable segment. Today, the Lodha brand addresses the luxury and middle-income aspirational segments, while the Casa by Lodha brand serves the middle-income affordable segment. The strategy has also set the stage for a mega IPO of around Rs. 2790 crore, for which the Group has received SEBI approval. The Group is mulling over when to go for the IPO, as the markets haven’t been very kind to realty IPOs recently. Bullish on branding, the Group has also been successful in branding commercial spaces, something where many developers haven’t been successful. Currently the Group is developing over 29 million sq ft of prime real estate across 38 projects.

Last year Lodha had won an award from United Nations for one of your projects. What was it all about?

Yes, the 2009 UN award was for Casa Bella’s integrated planning. The project, as you might know, is the largest single phase township development in Mumbai. The award was for Good Practices that have made outstanding contribution to improving the quality of life in cities and communities, with an emphasis on environment-friendliness and sustainability.

Lodha has pioneered concepts like by-invitation-only residential projects in Mumbai. How can such projects be justified, and how much of a success they have been?

Though we have pioneered it in Lodha Bellissimo in Mumbai, it is an established residential norm in advanced markets. The concept is that the residents of a premium project would like to know whom they are going to have as neighbours and as part of their close-knit community. The problem is, people with cash need not necessarily be people with class. Since a group of buyers cannot practically do this choosing, we do this selection for them. This concept is definitely a successful model, and we are implementing it in a Hyderabad project too. But definitely, it is not our mainstream strategy.

You have also ventured into hobby-themed projects, like golf and water-themes. What kind of a response do you anticipate for these projects?

Well, our first water-themed project, Aqua, is already an exceptional success. The golf project you mentioned is coming up in Pune, as it requires a massive spread of land. Apart from its sports theme, we are positioning it as a second-home concept, which we believe is sure to catch up in Mumbai. People sometimes want to escape all this hustle and bustle for some quiet greenery they can call their own. We also expect the elite crowd of Pune to warm up to this project.

You have recently won relief from Delhi HC against NTC for a mill land. But do you think that in the present circumstances paying 710 crore for a 10 acre land is justified? What do you plan to construct in this land in Parel?

Yes, our position has got the court’s backing now. Lower Parel and Parel are highly sought-after locations in Mumbai and that is why we are paying a premium. Though the price is high, we are confident of making a successful project out there. The fact that other developers too were willing to pay almost similar prices shows that our confidence is not ill-founded. Anyway, we have still not finalized as to what should come up there eventually. It will definitely have a large proportion of residential component.

Your Aqua project has been a reason for much controversy as its expansive water-theme runs contrary to Mumbai’s water shortage. The project’s completion has also been delayed. Do you think you underestimated the water scarcity angle at the planning stage?

First of all, the so-called controversy is not our creation. It is not possible to design a water-themed project without looking at the water sources. Forget us, no developer in Mumbai is going to get away after failing such promises. Aqua is not our first project or our last one. We have a track-record in keeping all our commitments, and we have a future that also depends on keeping our word on Aqua. The water-theme at Aqua requires only a little topping-up, and the same is being planned through rainwater harvesting and superior water management technologies.

No, not at all. You see, in a city like Mumbai, it is mission-critical to discover and address demand-supply mismatches. We were smart enough to detect one such opportunity in the middle-income segment and that was how the brand Casa by Lodha was born. Its massive success shows that our research and timing were accurate. But that doesn’t mean the luxury segment is dying or that we are not looking at that. We are still bullish on luxury which brings us 45 to 50% revenues, another 25 to 30% being made up by our middle-income aspirational products that also come under the Lodha brand, and only the remaining 25% is from Casa. We are at the cutting-edge of luxury homes, offering features like 4-BHK super-sized apartments, themed projects, and serviced villas.

Your upcoming IPO has obtained only a Grade 3 approval from CARE, citing only average fundamentals. Your declining profit margin, too narrow geographical spread, and ongoing litigations were said to be the risk factors. How do you plan to improve on each of these fronts?

That rating need not be the correct assessment. We believe that we have above average fundamentals as a market leader. The decline in profit margin has been due to two factors – the downturn that affected the industry as a whole, and our diversification into middle-income products. With the industry looking up again, and more of the high end and luxury projects being launched by us, we are confident of bettering the margins.

What about your narrow geographical spread?

Our geographical spread is not narrow at all. Mumbai is the country’s largest and most lucrative real estate market. The city was the least affected during this downturn, and the first to rebound. But agreed, we are not a national player, but look at what happened to the NCR based developers who went national during the last boom. Most of them faltered in these new markets, making their whole operation risky. Geographical diversification in real estate business is a bit tricky. No two markets are the same. That is why we continue to bet on Mumbai, our home turf. In Hyderabad we are carefully testing the waters.

Lodha is often regarded as a new-generation developer in Mumbai compared with traditional players like the Hiranandanis or the Rahejas. How does your brand differentiate itself from the others?

Yes, compared with some of them, we are young, but having started in the 80s we are pretty well experienced. Our core differentiation is that we are the only professionally managed developer in Mumbai. Almost all developers, even the listed companies, are more or less family affairs, while we, even while promoted by a family, is 100% professionally managed. The difference comes from the family itself, with scions like Abhisheck Lodha having experience in international blue-chips like McKinsey.

Lodha is known to undertake most of the construction works in-house. Why is it so in an environment where outsourcing is the norm?

Lodha is a corporate first and a developer only secondly. That means we try to excel on fronts like quality control and corporate governance. For that we need to be the best, largest, and the most capable organization in our industry. All through the years, we have been precisely building up this team. Today, we have the largest and the finest workforce in Mumbai, including the largest engineering practice in the industry. It is a huge competitive advantage.

Serious complaints have also been raised by some of your customers and by companies like LIC Housing Finance that you are demanding EMIs for which the required work has not been completed. Why are such problems occurring and how do you plan to address them?

These allegations are totally one-sided. The very nature of residential real estate and its mortgage business is that disagreements are possible. But one thing we can assure you – we have the industry’s very best customer service and conflict-resolution mechanism. Almost all other developers are less accommodative than us. It is one of the core reasons we grew so quickly in this highly competitive market.

Pre-budget, the capital markets were sluggish with some key real estate IPOs like EmaarMGF being put off, and some like DB Realty listing at discounts. With the post-budget scenario slightly looking up, is your IPO finally going to hit the markets now? How would you asses the risk, your IPO being large-sized at around Rs. 2790 crore?

Each company and each IPO are different. Some may have decided that the public offer climate is not currently favourable, and some may have listed at a slight discount, which I will say is fair enough. Not bad at all when you consider the current scenario. As far as we are concerned, we have got the SEBI approval, and we will go for it at the right time.

What is the edge Lodha enjoys?

We are the market-leader, the single largest developer in Mumbai with around 12% market share. Our nearest competitor is not even half our size. This has been the case during the last year as well as this last quarter.
Posted by Seasonal Magazine at 4:15:00 AM