Coal India IPO on Track, Promises to be Like No Other 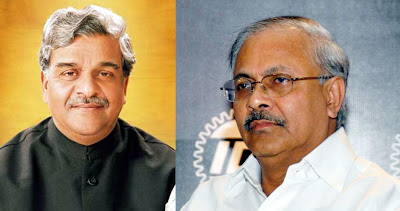 That this is the biggest IPO ever is not the only claim to fame. Coal India’s IPO is woven around a set of unique strengths that no other offering can hope to match, Indian or foreign. Investment bankers and investors around the world are already sitting up and taking notice of this one mega issue unfolding.

Secondary markets maybe going berserk due to international concerns, but Coal India IPO is not only on track for August-September, but promises to be like no other.

While initial reports had highlighted the fact that Coal India’s is going to be the largest Indian IPO ever, more and more unique aspects are evolving that shed light on this IPO’s inherent strengths.

Usually IPOs are big business opportunities for investment banks, with Indian IPOs garnering 3-5% of the total issue size as fees for the banks managing the IPO. But this time around, this largest Rs. 12,500 crore IPO will only bring in Rs. 12,500 only to the the six banks short-listed for the purpose. The reason? For major merchant banks, this IPO is too hot to miss.

The bidding just got too hot with Citigroup going in for a Rs. 1 for Rs. 1 crore offer, and other international majors like DSP Merrill Lynch, Morgan Stanley, & Deutsche Bank, as well as Indian institutions like Enam Financials and Kotak Mahindra Capital matching the offer, that works out to a mere 0.000001% fees. It goes without saying that all of them would have quoted zero fees, but then it would have been technically illegal.

Indeed, as per some estimates, each participating bank is expected to tolerate a loss of Rs. 2 crore to make sure that this IPO is a success. From this, one can guess how valuable is this IPO compared with many hard-pushed private sector IPOs which the banks view as just another business for them.

Coal India is also getting a huge support from the Coal Ministry, with Minister of State for Coal, Sriprakash Jaiswal pressing Union Cabinet for awarding Maharatna status to this now Navaratna company. Maharatna status will give Coal India a stature and visibility that is now enjoyed by listed PSU giants like ONGC, NTPC, IOC, & SAIL. It will also allow Coal India to invest up to Rs. 5000 crore or 15% of its own net-worth in a project without asking government’s permission, which means an almost autonomous operation.

With such support from international financial institutions and Government, Coal India is leaving no stone unturned to make this IPO uniquely successful. Chairman Partha S Bhattacharyya is taking special interest in ensuring that the company’s employees get the best deal out of the ESPO that is clubbed with this IPO. To make this a success, Coal India is creating 4 lakh demat accounts for its employee base, and even arranging for low cost loans so that they can subscribe effectively for the 10% shares reserved for them. Through such unprecedented moves, Chairman Bhattacharyya is confident of winning the endorsement of trade unions.

Coal India and its investment bankers are now busy fixing the modalities of the issue including its price. Companies comparable to Coal India are non-existent in India, and rare even in the whole world. The best available comparisons are USA’s Peabody Energy and China’s Shenhua Energy. But even these giants are no comparison, as, while Peabody holds 9 billions tonnes of coal reserve and Shenhua holds 7 billion tonnes, Coal India’s reserves are the world’s largest at 63 billion tonnes.

The profit margins are also much better in Coal India, even better than Peabody, even while these giants complain that Coal India is subsidizing its product nearly 50%, compared to world coal prices. It is a remarkable performance indeed as no organization or the government is bleeding money due to this pricing, in contrast to what the oil PSUs are undergoing. The company is having a 30% operating profit margin.

Coal India is also moving aggressively to address the fact that Indian coal is somewhat inferior in quality to the international one, by investing heavily in a washing process. International giants are in fact watching this development with concern, as the company plans to sell washed coal at a significant discount to comparable quality international coal.

Though being a monopoly is seen as an advantage in the capital markets, Chairman Bhattacharyya wants no such advantage and points out to the fact that due to the recent partial privatization of the sector, many corporates are having captive coal blocks, at least a couple of them having the size of one of Coal India subsidiary’s blocks.

Coal India IPO is also likely to do well on the green front, unlike some private sector mining companies of the country that have attracted investor wrath in the West recently. In the geographies that they operate, the company has been noted for its significant green initiatives.

The issue is likely to be priced around Rs. 200 with a possibility for 15% appreciation in the near term. But the real attraction is in the medium-term to long-term as Coal India has definitive plans to double its output. And the beauty is that even then it can’t hope to match the demand for coal.
Posted by Seasonal Magazine at 10:15:00 AM