Coal India IPO - How Will Markets Compare Coal India's Management with Those of Other Heavyweights? 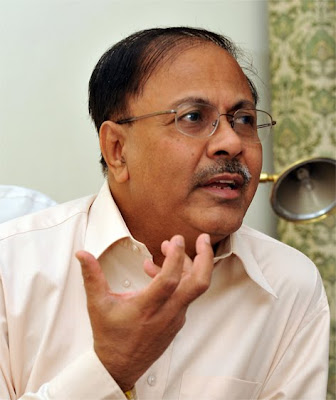 With ICRA too rating Coal India's IPO at 5/5 indicating strong fundamentals, after CRISIL which gave a similar rating, the next question is how the capital markets would assess Coal India's management, which is a crucial factor not only during the IPO, but even after listing.

The bull run is on once again, but this time around, a vital difference is striking. While index heavyweight Infosys (BSE: 500209, NSE: INFOSYSTCH) is scaling all-time highs, the even heavier heavyweight Reliance Industries (BSE: 500325, NSE: RELIANCE) is hovering near 52-Week lows. Though many reasons can be attributed for this difference, one among them is quite apparent.

Post Dhirubhai’s demise and the split of the group into two, RIL can only project Mukesh Ambani as the leadership, and that is something capital markets are not fully comfortable with.

On the other hand, at Infosys, one of the co-founders Ashok Arora has deserted it long back, NS Raghavan has retired after peaking out as MD many years back, Nandan Nilekani has moved on to Government, and even NR Narayana Murthy is nowadays in a sort of non-executive role, and even that is going to end soon. Still, this IT juggernaut rolls on, gathering momentum. The secret is nothing but the distributed leadership structure, that continues to groom and churn out leaders like Kris Gopalakrishnan, SD Shibulal, & K Dinesh.

This is the kind of leadership factory that capital markets bet on long-term, and this is what transformed a mere Rs. 12,500 (a typical bid amount) with Infosys IPO in 1994 to Rs. 3.5 crore (that investment’s current market value) in 2010.

Now when the nation waits hopefully for its largest IPO ever, two things are certain. One, Coal India won’t require somebody to bail it out, like how Morgan Stanley helped Infosys in 94.

Secondly, Coal India has created over the decades a leadership structure that is unparalleled in the country, if not in the world. Coal India is an organization with 45 executive directors, 8 of them having the role of CMDs. In fact Coal India is not really a company, but a conglomerate. A conglomerate of one holding company - CIL - and eight subsidiaries. Six of them are Mini Ratnas, with CIL itself all set to be a Maha Ratna post-listing.

The width, depth, maturity, and empowerment of this distributed leadership is evident from the fact that despite being employee-heavy, despite missing out on the best quality coal, and despite being burdened with the need to accommodate subsidies, Coal India has upstaged global majors to be the largest and the most profitable coal producer in the world.

Almost never has Coal India felt the need to look outside for leaders, and leadership transitions can’t be smoother elsewhere. CIL Chairman Partha S Bhattacharyya sums it up nicely when he says, “Going forward, there are enough excellent choices to choose for all leadership positions, including the post of CIL Chairman.”
Posted by Seasonal Magazine at 5:03:00 PM