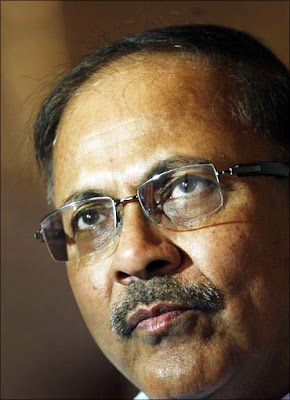 As the investing world waits for India to deliver the world’s third-largest and the country’s largest ever IPO in October, there are several questions investors are likely to ask before committing their money, if not for the simple reason that Indian capital markets are in tremendous momentum and here is a mega IPO that can affect the markets positively or negatively. How does Coal India fare in these core questions? Seasonal Magazine finds out.

Is Coal India’s Business Model Robust?
Coal India is the world’s largest producer of Coal, thanks to being born in Coal Country, India, and thanks to the head-start it enjoyed as the sole PSU in this sector. Despite being India’s largest employer, its operating costs are much lower than almost all coal majors, including those in China. At the same time, it services the second-largest coal demand in this whole world, India’s power sector. Together, this has resulted in a robust business model, seldom seen elsewhere in any sector or country.

Is the Issue Supported by Wall Street & Dalal Street?
If Coal India created history, when international banking giants vied with each other to underwrite its IPO for next to nothing, it is again going to surprise by way of support from international institutional investors. The idea of having 30% reserved for anchor investors is already being scrapped, as the international road-shows progress, and the underwriting institutions are themselves busy readying funds and formalities to subscribe to the issue. The IPO is supported by Wall Street majors like Citi, Deutsche Bank, BofA - Merrill Lynch, & Morgan Stanley, as well as Dalal Street biggies like Enam & Kotak.

How Strong is Coal India’s Competition?
Technically, Coal India is not a monopoly. Many private sector players today have captive coal fields for their own use. But Coal India and its myriad subsidiaries virtually control the bulk of this business, if not for anything else, for the simple reason that nobody else is equipped to cater to the huge Indian demand. For many many years, if not decades, Coal India is not expected to have any serious competition.

What Kind of a Rating will Coal India IPO Have?
Coal India has garnered its first IPO rating, a 5/5 from CRISIL, which goes even one step above the ‘above average fundamentals’, which in itself is rare in this country. In fact, the only challenges CRISIL found in Coal India’s strategy are efficient use of their cash reserves and how the main promoter (who will hold 90% post-issue) will act by way of enacting new coal regulations. Those are the kind of drawbacks many PSUs would love to have! More solid ratings from more assessors are expected for this IPO in the coming days.

Is the Issue Size Enough to Accommodate FIIs, DIIs, Retail Investors?
If Coal India IPO was just India’s biggest, many would have been happy. Because, all interested retail investors would be able to hold a pie of this. But Coal India is also reportedly world’s third largest IPO. That means all interested investors will be comfortably accommodated - FIIs, DIIs, retail investors, pension funds, everyone.

Is Coal India IPO’s Valuation Exorbitant?
Being a public sector company, nobody expects Coal India to be exorbitantly priced like private sector IPOs, despite being in the high-buzz energy sector. Whatever heavy pricing Government had resorted to earlier is likely to be missing as such IPOs like NHPC & SJVN had failed to appreciate much. More likely for Coal India will be how Engineers India FPO was finally priced, or even better. On reasonable P/E and P/BV, both the Government and potential investors are all set to gain.

How Efficient is Coal India’s Management?
Chairman Partha S Bhattacharyya understands both the science and commerce of coal. A physics postgraduate and an ICWA Fellow, Bhattacharyya has clearly applied superb strategy over the years leading to this IPO, to convert this once loss-making complex of subsidiaries into a strong network of coal mining operations. His secrets include a concern for the labour force which can be seen from the largest ESOP, his concern for making Coal India a highly-profitable organisation, and his concern for the environment.

Can Coal India Address the International Market Ever?
Coal India’s story so far is Indian. But this is going to change soon as Coal India starts to get results from the next-gen washing process that will enable Coal India to deliver international quality coal. Combine this with Coal India’s expertise in delivering the most competitive pricing, and you see the international story starting to appear in the horizon. Talks are already on to take stakes in international mines.

Is Coal India IPO Suitable for Long Term Investors?
There are chances that Coal India will be one of those issues fit for the invest n’ forget philosophy, much like Reliance Industries or Infosys. The demand story and the growth story of Coal India is akin to the best in Indian industry, with the demand insatiable and the growth relentless. Such factors make Coal India one of those rare IPOs that can be massive wealth creators over two, five, ten, or fifteen years down the lane.

Is Coal India IPO Likely to Give Listing Gains?
If you are looking for short-term gains too, Coal India comes across as a strong case. If not for anything else, the above nine factors will ensure that Coal India will set new records in over-subscription, paving the way for significant listing gains. But, more seriously speaking, Coal India’s attractive valuation will leave enough money on the table for many weeks, months, and quarters to come, and make it a heavily traded scrip fit for Nifty and Sensex.
Posted by Seasonal Magazine at 9:45:00 AM