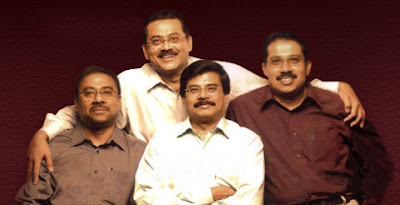 After SKS Microfinance’s IPO that was graded 4/5 on ‘above average fundamentals’, another NBFC IPO graded similarly at 4/5 is appearing soon, of Muthoot Finance Ltd. India’s IPO ratings still avoid the all important question of whether an IPO is value-for-money or expensive, and focus only on assessing the company’s fundamentals. If Muthoot Finance goes ahead as planned to raise Rs. 1200 to Rs. 1400 crore on 5.15 crore shares, the IPO will have to be priced quite expensive at a P/E of 30 to 35 and a P/BV of 12 to 14 times. In comparison,  Manappuram Finance is available at a P/E of 21 and a P/BV of 2.60 times, and Mahindra & Mahindra Financial Services is available at a P/E of 16.45 and a P/BV of 4.23 times. Coming to fundamentals, this gold loan sector leader’s CAGR and RoE are impressive, but the Issue has some peculiarities like a sizeable annual royalty favouring promoters, and anti-dilution guarantees to early investors. The IPO also comes amidst a turbulent time for NBFCs in general, and gold loan companies in particular, due to recent RBI regulations.
Kerala headquartered NBFC, Muthoot Finance Ltd, is soon expected to hit the market with their IPO which is pegged at between Rs. 1200 to Rs. 1400 crore.

Muthoot Finance is the flagship company of Muthoot M George Group, and is different from other Muthoot-named Groups like Muthoot Pappachan Group, which already has a listed company in its fold - Muthoot Capital Services Ltd (BSE: 511766) - and the smaller Mini Muthoottu Group. Muthoot is a family name based in Kerala.

Muthoot Finance’s mainstay is gold loans, and with FY’10 revenue of around Rs. 1090 crore, is easily the largest private gold loan company. The nearest private sector competitor and the only listed player now, Manappuram General Finance and Leasing Ltd (BSE: 531213, NSE: MANAPPURAM) had clocked a FY’10 revenue of Rs. 478 crore.

In the long run-up to its IPO, and a few months before filing its DRHP on October 4th of last year, Muthoot Finance had attracted investments from international and domestic private equity players like Matrix Partners, Baring, Kotak, & The Wellcome Trust. Happening between July 23rd and September 23rd, the preferential allotments for these investors were between Rs. 123 and Rs. 173.50 a share.

Muthoot Finance has not yet published its IPO price band, but has indicated that it is planning a pre-IPO placement of 1.41 crore shares at not less than Rs. 123 a share. The pre-IPO placement is sizeable as it amounts to around 27% of the IPO size itself, even though both are mutually exclusive.

The price reference of Rs. 123 appears reasonable on earnings, as it will translate to a pre-issue P/E of 16.20 times, but expensive on NAV, as it will amount to a pre-issue P/BV of 6.34 times. Also, Rs. 123 is just the base, and the pre-IPO placement can be upwards of that, may be even around Rs. 173.50, at which the last preferential allotment took place.

The planned high valuations might be the reason why Muthoot Finance is offering a discount to retail investors, but this 10% discount is clearly not enough to offset these kind of valuations.

One way before Muthoot Finance to make the valuations better is to divest more than the planned 13.85% stake, or to limit the issue size to much less than the planned Rs. 1200 to Rs. 1400 crore.

However, rating agencies, CRISIL and ICRA have given a 4/5 rating to Muthoot IPO, supposedly indicating its above average fundamentals. The main drivers to this ratings have been the company’s impressive compounded annual growth rate (CAGR) of 73% during the past three years, and Return on Equity (RoE) of 33.52% on a three-year weighted average basis. But as the rating agencies themselves clarify on all IPO ratings, the ratings are in no way an indication of whether a public issue is value-for-money or expensive.

A recent example is the case of noted NBFC, SKS Microfinance’s (BSE: 533228, NSE: SKSMICRO) IPO, which had a similar rating of 4/5 on supposedly above average fundamentals, but which tumbled to more than 50% of the IPO price on mounting sectoral challenges.

This time also the rating agencies’ take can be extrapolated that fundamentals are strong, and that only the price should be the deciding factor.

Though the stress on price is justified as explained above, there are also some peculiar sector-specific and company-specific aspects to consider in Muthoot Finance’s IPO.

The NBFC sector as a whole has attracted much regulation by RBI during the last couple of months regarding Capital Adequacy Ratio (CAR) and other aspects, which is prompting even some long-term foreign investors in the sector like TPG (formerly, Texas Pacific Group) to plot exits from relatively safe NBFCs like Shriram Transport.

The niche NBFC sector of gold loans too has attracted stricter regulations these days, especially with the RBI ruling that gold loans can’t be done against bank funds allocated as priority sector / agrarian loans.

Another challenge before gold loan companies has been that despite impressive expansion across India, their Assets Under Management (AUM) continue to be dominated by South India. For example, Muthoot Finance’s AUM is dominated by a 75% participation by their South Indian branches.

In fact, analysts will be keenly watching the Q4 and subsequent quarters of FY’12 to ascertain whether gold loan companies have burned their fingers by trying to expand in North, East, & West of India, where the takers to these kinds of loans are quite low.

Another risk factor for gold loan companies like Muthoot Finance is the renewed interest by public sector banks and private sector banks in this line of business. Banks still call the shots in business volumes, accounting for more than 58% of organized gold loan business as of FY’10.

These emerging sectoral challenges may adversely affect the CAGR and RoE of Muthoot Finance, going forward.

Going more company specific, Muthoot Finance’s prospectus reveals a few peculiarities that should be of interest to investors.

The DRHP has a royalty clause in favour of promoters for allowing the company to use the Muthoot trademarks, which is fixed at 1% of the annual income, subject to a maximum of 3% of annual profit. For last year, this amounts to around Rs. 7 crore. Muthoot Finance’s net profit for this period was Rs. 228.52 crore. It remains to be seen whether investors would agree to this unconventional clause, which makes them lose this 3% of net profit while computing EPS.

A query sent by Seasonal Magazine to Muthoot Finance, to ascertain the justification for levying this royalty on investors remained unanswered at the time of publishing this article.

The problem is compounded by the fact that it is widely known that the ‘Muthoot’ family name or business name is not exclusive to Muthoot Finance, with three more unconnected groups sharing it, and with at least one of them, Muthoot FinCorp of Muthoot Pappachan Group in the same line of business, gold loans. The interrnet domain muthoot-dot-com also belongs to Muthoot Pappachan Group.

The company also faces a potential problem in its home turf of Kerala, where the Government is coming up with the Kerala Moneylenders’ Act (KML), which gives the state power to limit the interest rates charged by companies like Muthoot Finance. The Act is now pending at Supreme Court, and if passed, might amount to something like the Andhra MFI Ordinance that made SKS Microfinance crash. Muthoot Finance’s portfolio exposure to Kerala market is around 16%.

Another concern in Muthoot Finance’s prospectus is the many anti-dilution guarantees the company has agreed upon with their early investors like Baring, Matrix, Wellcome, & Kotak. It is not clear whether this may cause unwarranted and unjustified dilution to both institutional and retail investors entering through the IPO, now, as well as during subsequent dilutions. A query sent on this regard to Muthoot Finance remained unanswered.