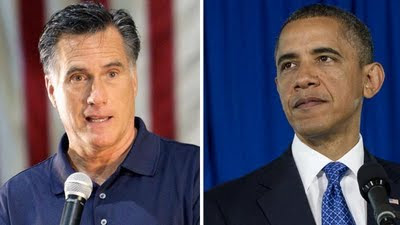 While Standard & Poor’s downgrade of US debt is sending shockwaves across the US and world economic system, criticism about the downgrade is also mounting from investors like Warren Buffett to economists like Paul Krugman. Here are 5 reasons why S&P’s action may be intrinsically flawed or even malicious, and why the world markets are poised for a quick rebound.

S&P has declared that the reason for the downgrade is more political than economic. Ostensibly, they were more concerned about the political deadlock between Obama’s Democratic Party and the Republicans who control the US Congress. Ironically, nothing could be nearer to the truth than the ‘political motivation‘. S&P is a division of McGraw-Hill, currently headed by Harold W McGraw III, who over the last ten years, has funded Republican National Committee, and the campaigns of prominent Republican leaders like George W Bush, Rudy Guiliani, and most importantly, Mitt Romney, who is now the lead contender for Republican nomination to challenge Barack Obama in next year’s presidential election. The hard-line Tea Party backing Mitt Romney, which got a setback following the recent agreement between Obama and Congress is already getting a boost from S&P’s controversial decision.

S&P had made an error of $2 trillion in its calculations that led to the current downgrade, which was promptly pointed out by the US administration. Still, S&P didn’t budge from their intention to downgrade, which reveals an agenda with clear vested interest. Now, if the $2 trillion error was intentional, it calls for a in-depth probe by US SEC. If the error was inadvertent, it speaks a lot about the competence of the analysts preparing these reports and their team leaders who edit and oversee the process before publishing.

S&P’s business model for the debt rating activity relies heavily on payments by the debt issuers, that is the companies. So, the objectivity and impartiality of S&P’s ratings has always been under question. In the case of governments, there is no such revenue model - at least officially or apparently - and that makes rating agencies like S&P susceptible to be exploring alternate revenue models which may include sharing upcoming sovereign downgrades like the recent US one with friendly investment banks, brokerages, and institutional investors, who stand to gain massive profits from shorting numerous stocks and indices across the globe. The fact that many leading institutional brokerages had confidentially warned their clients about this S&P downgrade, even after Obama and Congress stitched up a workable short-term plan, raises suspicions. This is something that should be probed not only by US SEC, but authorities like India’s SEBI, as countries including India, Australia, Canada, & Italy have their main indices maintained and sponsored by S&P, for example India’s S&P CNX Nifty.

S&P’s professional competence in ratings has been questioned numerous times in the past. In 2002, S&P had cut Japan’s credit rating to AA-, but even now Japan has no trouble in borrowing by ‘offering’ a yield of 1.02% for 10-year notes, while German bonds - rated by S&P as AAA - has to ‘offer’ a yield of 2.35% to borrow money. In fact, this anomaly is not restricted to Germany alone, among S&P’s portfolio. Out of the 18 nations still with AAA rating from S&P, many come across as high risks compared with US. The best example is UK, where the debt-to-GDP ratio is 80%, but which still enjoys AAA. In contrast, US is much safer at 74%. S&P’s analysis has often been criticised for not being based on any original research but on just compilations of publicly available data. In the case of companies, S&P may sometimes benefit from insider knowledge, but in the case of nations like US, nothing is secret as almost all economic data is public and debated widely between not only political parties but by some of the best academic and economic brains. But even in assessing companies, S&P has made grave errors in the past, the most infamous being S&P’s AAA reaffirmation of Lehman Brothers, just 3 days before the bank collapsed. Similarly, S&P had goofed upon Iceland, giving it a A- rating indicating ‘strong capacity to meet financial commitments…’, until the very day on which Iceland announced virtual bankruptcy.

5) A Recent History of Defrauding Investors:

Whether S&P’s ratings performance goes beyond mere incompetence or goof-ups, to malicious intent to misinform and defraud investors has been a matter of serious debate. S&P’s role in the run-up to the 2008 housing and stock-market bubble in US and elsewhere, and the subsequent bust in which millions of investors and homebuyers lost everything they had, has been a subject of enquiries. While the Financial Crisis Inquiry Commission called “S&P a key enabler of the financial meltdown in 2008“, a Senate Panel on the subject implicated S&P of sacrificing even core ethics to win fees from banks. For example, S&P had given AAA ratings to several Collateralized Debt Obligations (CDOs) by major banks, that were sold to investors, but which were secretly made up of junk sub-prime mortgages, that later collapsed or turned un-sellable, thus causing the financial meltdown.

Even with all these factors, it is a major win for S&P that their downgrade carried weight and markets responded by massive selling. That is likely to be because S&P has played to the audience - disgruntled public in US and elsewhere - this time around, unlike in their earlier goof-ups like Lehman and Iceland. Citizens around the globe are disgruntled with financial mismanagement by politicians, and this is where S&P’s downgrade has hit a chord. But the glory is likely to be short-lived, as growth fuelled by domestic consumption remains a strong undercurrent in China, India, and elsewhere, and it is only a matter of weeks, if not days, before it causes a rebound in world stock markets including in USA.
Posted by Seasonal Magazine at 1:40:00 PM