Has Ganguly Lost the Plot of being Ganguly? 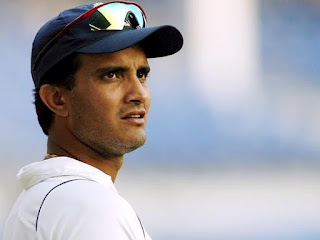 
Sourav 'Dada' Ganguly is India’s evergreen cricketing legend. Undoubtedly, one of the finest cricketing brains India has ever produced. An exemplary leader on the field and a matter-of-fact and no-nonsense chap off it, Ganguly has seen the uprising of his country’s cricket and even the unavoidable downfall.

His out-of-nowhere decisions backed by his remarkably strong intuition made Ganguly one of the best skippers the cricketing fraternity has ever witnessed. He is the reason why the present India regulars like Yuvraj Singh, Suresh Raina and Zaheer Khan made a cut into the national fold giving a clear indication of his willingness to extend support for fresh faces.

But as he leads a distraught Pune Warriors outfit onto the field  in today’s encounter against RCB, one would ponder about this inevitable question: Should Ganguly lead after all, given his dismal individual performances with the bat? Shocking as it may sound, Ganguly ought to rest himself and accommodate a youngster in his place as he just doesn’t look that comfortable batting in this version.

With the likes of Kumar Sangakkara (DC) and Daniel Vettori (RCB), both skippers of their respective sides, already having dropped themselves out for their non-performance and disutility to their sides, Ganguly has the option of passing on the captaincy reins to the current Australian skipper, Michael Clarke.

When IPL 2012 kick started, Pune Warriors were on a roll as they beat the top-flight teams like Mumbai Indians, Chennai Super Kings and Delhi Daredevils  and Ganguly was showered with heaps and countless praises for marshalling his relatively inexperienced and less-talented squad to play to their strengths.

But midway through the tournament, Ganguly faltered and so did his array of merry men. They went through a horrid period where they lost five games in succession which virtually shut their chances of making it to the play-offs. Mathematically,  Pune are done and dusted but like the DC they too can play party-poopers on rest of the prospective play-off candidates.

But the question is not whether Pune should disrupt the celebrations and chances of the remaining teams, but whether Ganguly find himself equipped to deal with the savagery of this format in which even his exquisite cover-drives magnets straight into the hands of the fielders.

While he captained India during the period when Australia where conquering and pulverizing the other cricketing nations with aghast, Dada led his spirited troop to a memorable victory at Adelaide thereby halting the Aussie juggernaut. During his prime, Dada exuded confidence in his team-mates and he won immense respect and high regards for his dynamic leadership abilities. The mastermind’s grey cells functioned miraculously quick which helped him back his instinctive decisions and in usual cases, his decisions have never flattered to deceive.

But, unfortunately, the current Dada decisions have gone by the textbook and not his gut-feeling. Dada seems to have lost his midas touch which is why his team languishes at the bottom pile. Ganguly’s ploy of opening the innings in the latest outing against Rajasthan Royals back-fired miserably as he struggled to negotiate the mean and raw pace of Shaun Tait and looked utterly uncomfortable playing the short-pitched deliveries.

His batting average is in the pitiable 20’s mark and his strike-rate is a disappointing 102.74 which is unpardonable in a lightning-speed format. A close watch on Ganguly’s batting shows that he is giving himself too much room on the offside by backing considerably to the leg-side. Thus bowlers are able to exploit this defect in him by bowling a touch outside off-stump. If this backing away to pacers is intended to increase his chance of hitting the ball across the line, then that hasn’t happened yet.

Lacklustre performance of his bowlers gives him too little an option to experiment and that doesn’t work by Ganguly’s formulae. He is at his best when his bowlers instil faith in him but the bowling failure capped with his slow approach batting has literally led  many to point fingers at the former Indian superstar. Dropping himself is a suggestion worth imbibing as Pune is already out of contention and change is what they need to experiment.

The earlier Ganguly understands his role in the team, the better prepared he is to toy with the opposition. Dada should re-invent himself. All Dada fans are waiting for a Dada encore.