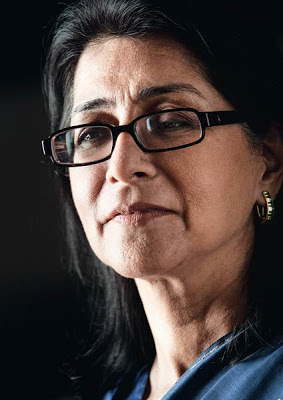 During last several budgets, Naina Lal Kidwai had her hands full. As Country Head of HSBC India, she obviously had much to tell and much to do strategy-wise. But this time around she will be perhaps the busiest person around - apart from P Chidambaram and his core team - as FICCI's Chief.

She has already made her wish list clear. It includes a framework for better governance, clarity on CSR in the Companies Bill, implementation of GST, review of industry concerns on Land Bill, fast-tracking of land acquisitions, clarity on National Manufacturing Policy as well as implementation of National Investment & Manufacturing Zones (NIMZ) through Central-State partnerships, PPP in agriculture, amendments in Agricultural Produce Market Committee (APMC) Act, boosting coal production through ending Coal India's monopoly and privatizing it, and passage of reform bills in insurance and pension sectors.

That is undeniably a whopping list of wishes from the apex trade body, but people who know Naina Lal Kidwai upclose won't doubt whether such wide-ranging wishes would be met or not.

When Naina Lal Kidwai took over as FICCI President in December, it was a first for the largest and oldest industry body of India. The organization that was started by GD Birla in 1927 on the recommendation of none other than Mahatma Gandhi, was electing its first woman president, after 86 years.

But for Naina, it was just another first. She was the first woman to head an international bank in the country.

Even that was not her first in a life of pioneering achievements. Naina was the first Indian woman to graduate from the prestigious Harvard Business School.

Entrusting the leadership role to the veteran banker might just be the precise move that FICCI needed, as it competes with CII and ASSOCHAM to be more influential and relevant to its members.

But for policymakers in the Government, the selection of Naina Lal Kidwai might be a bit of a headache. Because unlike retired businessmen who are usually thrust with this role, here is a practicing businesswoman, who is known for her world-class professionalism and more importantly, her unique insights into the world of finance and industry.

Her career graph is a dream come true for any aspiring banker. Naina has done notable stints at ANZ Grindlays, Morgan Stanley, Standard Chartered, and PricewaterhouseCoopers.

But it was at HSBC - the world’s third largest publicly held bank - that Naina scaled dizzying heights. Long serving as Group General Manager and Country Head of HSBC India, Naina achieved global stardom when she was appointed also as Director, HSBC Asia Pacific.

She has also been trusted by global foods major Nestle SA with a Director Board position. Featuring in ‘Global Power Lists’ is nothing new to Naina, as she has been repeatedly featured in such lists by Fortune, Wall Street Journal, Financial Times, and Time Magazine.

As FICCI president, her recent comments on various policy issues may not appeal to everyone, but clearly reveals her rational thought processes.

Rather than echoing finance minister P Chidambaram’s view on more liberal banking licences, Naina has recently revealed what is the real problem, point blank. According to her, the real issue is that India is severely under-banked due to government banks controlling 70% of the market, but which are unable to expand as much as they can, due to lack of capital, which in turn is due to poor government funding as well as government’s reluctance to yield ownership.

The solution she proposes is simple yet powerful - accord all properly managed NBFCs some kind of licence to operate as regulated banks, especially as niche banks in their field of competence.

Naina can also be a contrarian, like in her recent candid remark that overtaxing the rich will just cause the Indian super-rich to shift base to investor-friendly destinations like Singapore, Dubai, or London.

Recently at WEF Davos, while hard selling India, Naina asserted that the India story has not gone away, but added that it has become more difficult for corporates to operate in the country. According to her, the government needs to act fast as it would be a shame if India missed the bus.
Posted by Seasonal Magazine at 12:03:00 PM
Labels: Economy