With most growth figures including Net Interest Income (NII) up, and most problem figures including high-cost deposits down in the first quarter, Syndicate Bank is refocusing its efforts on the remaining challenges like its Non Performing Assets (NPAs) and its Net Interest Margin (NIM). Beyond the conventional measures, the bank is kick-starting further growth with its single-window ‘Synd Yuva’ campaign as well as the upcoming mobile banking / mobile commerce facility across 2000 branches. The bank will also be a major beneficiary of this fiscal’s farm loan compensation. Syndicate Bank has a new Chairman in Basant Seth, a veteran banker from Bank of India (BoI), whose last assignment was as Deputy MD of SIDBI. 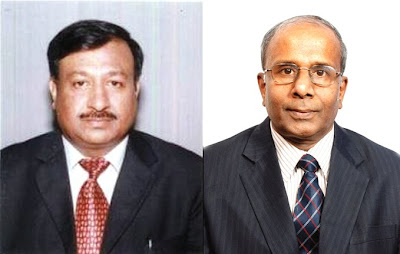 The results for the quarter ended June 30 was one that made India’s banks as well as financial markets nervous. Have the growth figures gone up? Have the loss figures gone down?

As the results for the country’s public sector banks poured in one after the other in recent weeks, two things were clear – first looks were good for all, while second looks exposed the chinks in their armor.

Karnataka based Syndicate Bank was, however, an exception. Of course, they too suffered from the too-good-first-look phenomenon – net profits were trebled to 261.56 crore – but they had good constituent numbers to report.

The extremely good first-look of a 198% increase in net profit was driven mainly by a ten-fold increase in treasury income over the past year’s same quarter. But the real excitement was from core constituent figures with net interest income growing by 16%, global deposits moving up by 27%, global advances by 30%, and credit-deposit ratio moving up by 1.84%.

The only good figure that moved backwards was Syndicate Bank’s net interest margin that moved down from 2.34% to 2.23%.

But the bank has reasons to cheer as even while most growth figures advanced, it could cut some key problem figures. The bank shed high-cost deposits by 44%, and the gross NPA levels declined by 93 percentage points to 1.91%.

Under the leadership of its Executive Directors VK Nagar and R Ramachandran, the bank is aware of treasury income’s help this time, and has embarked on bettering the financial performance with a slew of recent measures like mobile banking and faster single-window customer signup.

Headquartered at Manipal once, Syndicate Bank moved its corporate office to Bangalore some years back, reflecting its ambition to establish itself as a leading public sector bank in the country. But respecting traditions, the bank still holds its Annual General Meetings (AGMs) at the smaller town of Manipal, often called the cradle of Indian banking.

Syndicate Bank’s Executive Directors VK Nagar and R Ramachandran assumed office in late 2008. While Nagar is a Punjab National Bank veteran, Ramachandran has a similar experience with Indian Bank. Both have undergone training in several niche banking areas in reputed financial institutes in India and abroad.

On the NPA front, Syndicate Bank has moved decisively to strengthen its in-house infrastructure for loan recoveries.

Syndicate Bank traces its history to 1925, when Dr. TMA Pai, together with two socially sensitive friends, Upendra Ananth Pai, a businessman, and Vaman Kudva, an engineer, started a small bank in Udupi with a capital of just Rs. 8000. Their objective was to extend financial assistance to local weavers who were then crippled by a crisis in the handloom industry.

By 1928, Dr. Pai came up with the idea of mobilising funds for these weavers from encouraging the habit of thrift & small savings from among the local community. This tiny Udupi bank would send their agents to collect daily deposits as low as 2 annas from each doorstep. In this way Dr. Pai’s bank got the funds to finance the weavers, and the daily depositors started saving – many of them for the first time in their lives.

Dr. Pai named his innovation as Pigmy Deposit Scheme, and this is the same name, this bank which we now know as Syndicate Bank, uses to this day. The only difference is that Syndicate Bank nowadays collects through 3700 Pigmy Agents, from 12.32 lakh depositors, a total daily sum of over Rs. 2 crores.

Interestingly, Syndicate Bank still collects a daily amount as low as Rs. 1, but the current Pigmy Deposits of the Bank runs to thousands of crores.