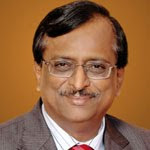 For the first quarter of FY 09-10, Andhra Bank came up with reasonable numbers. Though the 230% rise in net profit was largely driven by treasury income that is highly unlikely to be repeated, the bank’s net interest income (NII) growth was reasonable at 30%.

However, the bank has a tough road ahead, owing to its exposure to sensitive sectors, SMEs, capital inadequacy, workforce revolt, & Andhra’s unique drought situation.

Andhra Bank has one of the largest exposures – at 42.14% - to retail lending that falls under the sensitive sector. Even while a major retail player like ICICI Bank scaled back their retail lending quickly, Andhra Bank’s ratio of retail lending is even larger than the country’s largest bank, SBI.

Similarly, Andhra Bank has a huge exposure to SMEs, a segment that is said to take maximum time to recover in India. The bank was also in news recently for admitting that a section of its educational loans without collaterals are overdue, with possible slippages into the NPA segment.

Andhra Bank seems to be fed up with lending to PSUs, with Chairman RS Reddy opining that such lending is not viable for the bank. But Andhra Bank itself being a PSB that enjoys all government and public support, such a stand will be heavily criticized. Andhra Bank had recently lost around Rs. 2 crore in the Rs. 5.5 crore cheque forgery case involving the PSU, State Finance Corporation.

Andhra Bank has recently approached Government of India for recapitalization, so as to have a capital adequacy ratio (CAR) of 12%. The bank has asked for Rs. 1150 crore, even while peers like Allahabad Bank, Canara Bank, & Bank of India has indicated that they don’t suffer from the same issue.

Andhra Bank’s all 1500 branches were paralyzed for a day recently when its managers went for a strike alleging ill-treatment. The strike was stunning on two counts. Firstly, it was led by the bank’s senior managers, and secondly, another nationwide strike by officers of all banks had just preceded this strike, signalling that there are issues unique to Andhra Bank. The ill-treatment and overwork alleged by senior managers are said to be an outcome of avoiding fresh recruitments for long.

RBI has registered cases against some Andhra Bank managers for submitting fake currency notes, making the bank one of the five banks to have such cases registered against it.

There are also chances that the drought situation in Andhra – that CMD Reddy has termed unprecedented – may weaken the prospects of this mainly Andhra based bank. 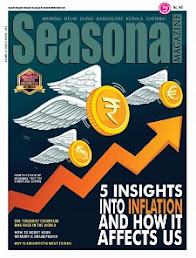