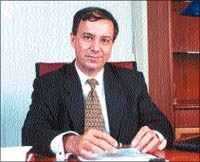 There is no doubt that ever since its start in 2002, ING Vysya Bank has been an underperformer compared with its peers in the country’s private sector banking.

Despite having a big ticket international name of ING, this new generation private sector bank - which was in fact a marriage between an old generation private bank, Vysya Bank, and the Dutch banking major, ING - has been able to come up with only lackluster performance.

It was almost a squandering of an opportunity as ING Vysya was the only almost foreign bank that was allowed to operate as a fully Indian bank, complete with the inclusion of the ING name in its brand identity. All other foreign banks like Citibank, HSBC, & Standard Chartered had to put up with quite a number of restrictions in expanding their operations.

Now, with its first Indian CEO in place, the promoters of ING Vysya Bank must be hoping for a drastic change in the bank’s fortunes. But it is not clear what kind of experience the promoters are expecting from Shailendra Bhandari, who has got exposure to both Citibank and HDFC Bank.

ING, it should be noted, had to approach the Dutch Government to stay afloat, much like Citibank.

ING Vysya’s headline profits for the first quarter were impressive at 42%, but to realize that net interest income grew only by 9% is not comforting.

The bank continues to suffer from worsening gross and net NPA levels.

Due to its origins in an unlikely merger, the bank continues to suffer from a hybrid culture. For example, its workforce is divided 60:40 between an older group under the IBA remuneration norms, and a newer group under CTC terms. Lack of pensions is also a grievance with a section of the employees.

The bank’s CASA deposits ratio needs improvement, and it is not clear how ING’s retreat into its home markets internationally, would affect the prospects of ING Vysya Bank in India.
Posted by Seasonal Magazine at 9:54:00 AM 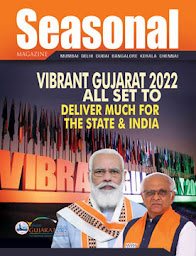