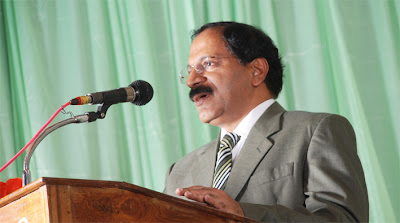 With Q3 results out, Manappuram General Finance & Leasing Ltd (BSE: 531213, NSE: MANAPPURAM) has proved its sceptics wrong. While the performance in June 2010 quarter was a bit troubling due to the sequential dip, by the September quarter Manappuram Finance had rebounded, and now with a good Q3 behind it, even sceptics will be forced to take a re-look at the company.

Whichever way one looks at Manappuram Q3, there has been outperformance. This is especially important, as in this quarter, the business environment was not exactly conducive for NBFCs, especially for those like Manappuram that focus on smaller ticket loans to individuals and MSMEs.

Manappuram even voluntarily reduced its interest rates from 24% to 21%, shrinking its margins. Gold prices also started looking down after a dream run.

But the strength of the company is so much so that despite all these negatives, it grew its business by 150%, and profits by 113%, YoY. Even on a sequential basis, there was no signs of growth decelerating. Income was up by almost 36% and profits by 24%, QoQ.

And what this kind of consistent growth means is that the market is now ready to believe Manappuram’s guidance even beyond FY’12. Already, it has given a guidance for FY’12 that hints at doubling its assets under management (AUM). Considering the AUM / Market Cap connection for NBFCs, the FY’12 and FY’13 valuations thus look quite attractive.

Seasonal Magazine interviews Manappuram Finance Chairman, VP Nandakumar, on their strategies to grow amidst the current adverse environment - both in the financial sector and the capital markets:

You have mentioned in Q3 reviews that Manappuram’s networth has surged from Rs. 321 crore to Rs. 1880 crore, which is nearly a 500% increase YoY. After the dilution, what would be the effect of this networth surge on book-value of the share, by percentage.? And what is Manappuram’s book-value as of December 2010?

You have also mentioned that you have reduced your interest rates by 3%. What warranted this - was it due to increased competition, or as a pre-emptive step considering the kind of regulations hitting the microfinance sector?

To begin with, let’s be clear about this, the gold loan sector stands apart from the microfinance sector because we lend to a different segment altogether. We lend to people who have assets (gold), unlike the microfinance sector. The reduction in interest rates has a combination of factors at work. Thanks to the record growth of our gold loans portfolio this year, we have managed to steadily bring down our non-interest operating expenses as a percentage of total income, and so today we are in a position to pass on these efficiency gains. Of course, I am not ruling out competition, but more important is the fact that we are also very keen to expand our volumes. This certainly requires us to be competitive in our offerings, but then, this is a choice we are consciously making and not as a compulsion thrust on us. As for the regulations in the microfinance sector, they don’t really affect us because we deal with an entirely different class of people, and I see no reason for us to be pre-emptive in any sense.

Though you have repeatedly clarified that gold prices falling won’t have an effect on Manappuram’s performance, the stock’s price-performance over the past few weeks suggest that at least a section of the market thinks otherwise. How do you plan to correct this perception?

I don’t think the recent performance of our stock has anything to do with a perception about falling gold prices. More relevant is the performance of the financial services sector in general which is sensitive to hardening interest rates. Here, you will notice that the share prices across the sector have fallen and Manappuram has been no exception. And in this context, I think I should also point out that while higher borrowing costs are certainly unwelcome, we do have a greater capacity (should the need arise) to pass on the increases to our customers. This is because our typical loans are small ticket loans (average ticket size, Rs.30,000) taken for short periods, say, three months. In such cases, unlike as in the big ticket loans, a marginal increase in interest rates is less likely to antagonize borrowers.

Your recent QIP price of around Rs. 168 was widely perceived as a firm support, but since the stock is now trading much below this level due to the general hit taken by financial stocks, do you expect this level to pose as a major resistance in the short-term? Especially of interest to investors would be to know what percentage of your recent QIP participants are long-only funds?

I am actually a little hesitant to talk about how the stock market will behave. The fact is, I believe in delivering on the performance front, and leaving the rest to the market. Anyone who’s been in the market long enough would know that when the overall situation is adverse, even good performance can go unrecognized. So, if you ask me questions about our performance or our future prospects, I’ll be only happy to oblige. But when it comes to questions that would have me speculate on likely share price movements, I would have to say a polite no. As for the QIP, I would say at least 75 percent of the participants are long-only funds.
Posted by Seasonal Magazine at 1:14:00 PM