An Open Letter to Madam Jayalalithaa, on Mullaperiyar 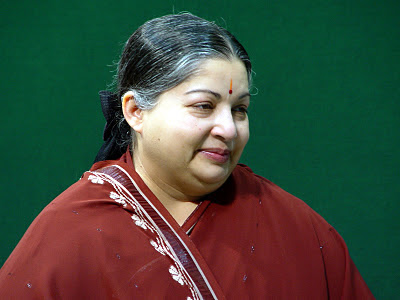 We start by thanking you heartily from the bottom of our hearts for reaching out to the people of Kerala through your open letter that appeared as full-page advertisements in major dailies today.

Your letter is remarkable in that it highlights the various strengthening measures carried out on the original Mullaperiyar Dam between the years 1980 and 1994. Many people of Kerala and Tamilnadu might be reading for the first time, the details you divulged today.

We appreciate your concern for the welfare of your state, Madam, as Mullaperiyar is enabling the people of Tamilnadu for both their agricultural and power needs.

At the same time, we have deeply felt that what Keralites are feeling is not a fear psychosis as you said, Madam, but real fear.

As you said the Mullaperiyar dam may never fail. The reinforcements you describe in detail are, in no doubt, providing comfort. But we would like to draw your attention, Madam, to a few factors that cause fear - not fear psychosis - in people living downstream of Mullaperiyar, who just happens to be people of Kerala:

Every other dam built on lime surkhi, anywhere in the world, has been decommissioned. Mullaperiyar is the only exception. Most countries including USA and China did that not because they didn’t know about the kind of reinforcements you describe, Madam, but because it didn’t make sense to them to continue with those structures as it is a proven fact that lime surkhi can degrade over time with seepages. It is telling that the original Mullaperiyar dam’s chief engineer didn’t project a life of more than 50 years for his creation.

Secondly, the Mullaperiyar issue of today is not the Mullaperiyar issue of 1970, 1980, 1994, 2006, or even 2010 - which are crucial dates you cite Madam, from your protracted legal battle with Kerala. Because, it was in 2011, precisely just a few weeks back, that significant earthquake activity was recorded in nearby areas of Mullaperiyar, for the first time. And that is why the tide of expert opinion is slowly turning in favour of Kerala’s safety concerns over Tamilnadu’s agricultural concerns.

While most of Tamilnadu’s defence is concerned with the risks from rainfall or floods, Madam Jayalalithaa, it can be easily seen by the unbiased eye that nobody has accounted for earthquakes, which have only occurred in the region recently.

Thirdly, nobody really knows what happens when a dam like Mullaperiyar collapses. The best example to cite Madam, is, of course, Banqiao-Shimantan dam collapse in China that happened in 1975. Even the full might of the Chinese Army and Air Force couldn’t control the resulting chain reaction along the downstream. Stunning the world by their rapid strategy, the Chinese military engineers acted swiftly to destroy many downstream dams through air-strikes to control the flooding. But the strategy failed at more and more downstream locations within weeks, if not days. Finally, the fury of the water had caused the collapse or destruction of an unbelievable 62 dams in that area.

Why? Simply because everybody underestimated the fury of the resulting wave from the dam break. The resulting flood waters had caused a large wave, 10 kilometers wide and  up to 7 meters high which rushed onto the plains below, at nearly 50 kilometers per hour, almost wiping out an area 55 kilometers long and 15 kilometers wide, and creating temporary lakes as large as 12,000 square kilometers.

Eerily, Banqiao and Shimantan were gravity dams, Madam, that you place so much trust in, and both had undergone the kind of reinforcements and repairs that you again trust in so much, and here is the eeriest point for your kind attention - the first dam that collapsed, Banqiao, was barely 25 years old and built on concrete by the Soviets with the latest technology available then. What comparison exist with the 116-year old Mullaperiyar, Madam Jayalalithaa?

As a media house closely following the arguments of both sides, we felt that it is our duty to highlight a way out from the present stalemate to you, Madam.

In our proposed solution, there is no new dam. Also, there is no need for eternal capping of water level at 120 feet. It is about a much simpler request.

You have clearly pointed out that the state of Tamilnadu is awaiting the decision of the Supreme Court appointed Empowered Committee, which is expected by February 2012. The dam break analysis taken up by Kerala may take four more months from February. Altogether our solution is about six more months of wait. By that time, Madam, it will also be clear whether earth-quake activity is increasing or disappearing from the region.

In a nutshell, Madam Jayalalithaa, our solution is just to lower the water level by 10 feet for these six months. That simple step will go a long long way in soothing the fear-struck Kerala people, and win their hearts for you, Madam, even much more than they respect their own political leaders. We are sure for taking such a timebound, reasonable step, you will be respected in Tamilnadu too.

Let both the people of Kerala and Tamilnadu as well as the experts decide later on when the Mullaperiyar dam should be eventually de-commissioned. We are sure you have been already advised, Madam, by your experts that every lime surkhi dam will have to be de-commissioned and a new dam built. But if the experts decide the current dam has 5 or 10 or 15 years more of life in it, so be it.

But none of us should also forget, Madam, that Mullaperiyar is a unique affair due to another reason.

Rarely do you find in this globe, Madam, a dam built on the land of downstream people, but serving only the upstream population. That in itself is great magnanimity from the people of Kerala.

When such a dam ages and the people in downstream - who stand to lose their life and property - cries for help, don’t you think it is the duty of the upstream population - who faces no risk but has benefited from the magnanimity of the downstream people for more than hundred years - to heed those cries?

Tamilnadu was blessed with this dam. Now, it is up to you, Madam Jayalalithaa, to prove that Tamilnadu was worthy of that blessing.

Let you be able to act on your conscience, Madam, and thus proactively soothe the real fears of Keralites by lowering the water level by at least 10 feet, until further studies prove the safety of the dam conclusively in light of the recent earthquakes felt close to the area. It will take only 180 days of restrain.

All the best to you and all Tamil people,

Thanking you,
With warmest regards,