Can Raghuram Rajan Do Anything to Stop the Rupee Plunge? 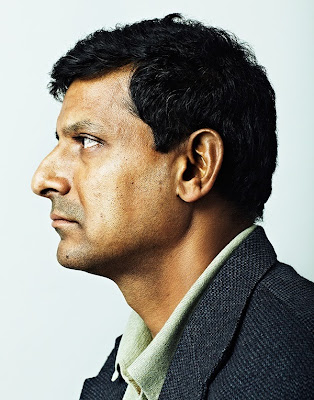 Rupee continued its free-fall to touch 68.82 to a US dollar today, even as two RBI Governors - one outgoing and one incoming - continued the hopeless battle to prop up the Indian currency. With only days left for Dr. Raghuram Rajan to assume full charge at RBI, all eyes are on this relatively young economist, on whether he can do anything at all to save the currency.

No other Governor had entered this job when the economy was going through a tougher phase. Rupee has devalued beyond any imagination and is in dangerous uncharted territory. In fact, the going is so tough that Chidambaram directed Dr. Raghuram Rajan to be an Officer on Special Duty at RBI even while the current Governor D Subbarao was completing his last month in office.

The trillion dollar question before the nation is whether Dr. Rajan who couldn’t save the rupee while he was Chief Economic Adviser to FM can do so in his new capacity as the Chief of Monetary Policy. Since he has just started off in the job, the nation should be giving him the benefit of doubt.

If not for anything else, Dr. Rajan - who is not from civil service - should be supported for the very fact that his appointment is a novel experiment after three full terms by IASers.

And the civil servant from whom he takes over has not been an ordinary guy. D Subbarao has been the national IAS topper from the famed 1972 batch of IAS that include luminaries like ex-CAG Vinod Rai, Planning Commission Secretary Sudha Pillai, and Central Vigilance Commissioner Pradeep Kumar, among many others.

Still, it is widely believed that Subbarao couldn’t do much to save the economy.

His chief claim to fame is predicting the global financial crisis in 2005, right on the face of Alan Greenspan during his retirement, and not his educational pedigree that includes IIT,IIM, & MIT, nor his youngest ever climb to being the Chief Economist of IMF.

As a contrarian economist, who has had the conviction to take on even contemporary legends like Nobel laureate Paul Krugman, Rajan’s chief position these days is that monetary stimulus like, quantitative easing, can’t bring the world out of its financial crisis. According to him, austerity measures are more important, coupled with increased worker competitiveness and productivity as well as entrepreneurial innovations.

But that makes him disliked generally by workers as well as politicians, with Greenspan’s strategy being called by Rajan as ‘papering-out’ issues. And that also made him an unlikely advisor for the UPA administration whose chief strategy has been generous payout schemes to poor like NREGA.

Now, the fact that he has been called in to a more powerful role, despite this mismatch, indicates that UPA might be thinking about tweaking the entire economic policy framework.

On the flipside, there are many weak points in Dr. Rajan’s track-record. Critics would be sure to point out the little headway he has achieved after being appointed by P Chidambaram as Chief Economic Advisor last year, and by Dr. Manmohan Singh as Honorary Economic Advisor way back in 2008 itself.

Though the high-level committee on financial reforms headed by Dr. Raghuram Rajan did deliver a final report to the Planning Commission, it was not earth-shattering compared with the expectations.

Secondly, the current post of RBI Governor, can degrade to nothing serious for most candidates. Take D Subbarao, for example, whose contributions in this post are not likely to be debated much in the future.

Ironically, if Rajan takes his own advice to the workforce to be more innovative, more productive, and more competitive, we can expect a roaring lion itself in this now globally highflying economist.
Posted by Seasonal Magazine at 2:07:00 PM
Labels: Economy