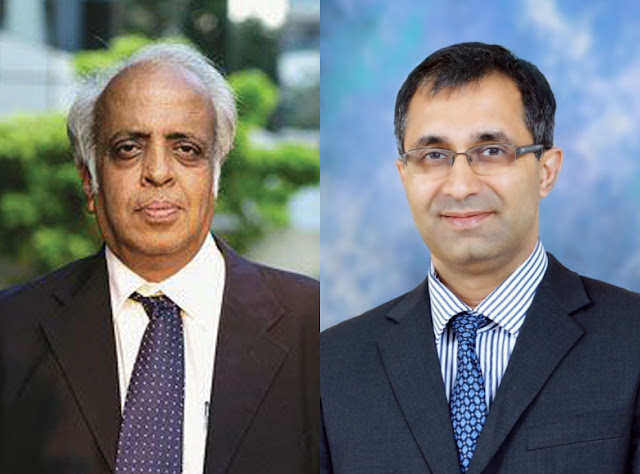 Catholic Syrian Bank (CSB), which recently got a new MD & CEO, Anand Krishnamurthy, has already filed IPO papers with SEBI and has obtained the regulator's as well as FIPB's approval. CSB's IPO is likely to be the next banking sector IPO in India, as another aspirant RBL Bank’s IPO is held up due to some past violations in capital raising from the public. Kerala headquartered Catholic Syrian Bank (CSB) is a private sector lender in the same model of already listed private lenders from this southern state as well as the whole of South India, like Federal Bank, South Indian Bank, Karur Vysya Bank, Karnataka Bank, & City Union Bank, that have given good returns to their investors by way of capital appreciation as well as dividends.

There are only a few unlisted private sector banks remaining in the Indian financial market, and it has been sometime since a private bank went for its IPO.

That is the prime reason why the upcoming IPO of Thrissur, Kerala, based Catholic Syrian Bank (CSB) is sure to be in the focus of investors in Indian primary market.

However, on a broader and more fundamental outlook, there are at least five more important reasons for this appetite for private bank IPOs.

Firstly, almost no Indian private lender IPOs have failed to provide decent long-term returns to its investors.Secondly, it is quite difficult to overprice a bank IPO, unlike those in sunrise sectors like pharma research or Internet services.

Thirdly, with a strong regulator like RBI in place, it is rare for a private bank to go kaput in India. Next in line comes the scope for steady growth in the business. Banking may not provide the kind of mind-boggling returns provided by pharma or IT sectors, but it doesn’t have that kind of volatility either. Banking stocks are for those investors who value steady growth and rising dividends.

And lastly comes a more contemporary reason, which is that PSU banks being in a challenging phase, private banks are sure to gain market share in growth areas like retail banking.

Catholic Syrian Bank’s IPO fits into this mould of a promising private banking stock. But there is likely to be more value to CSB’s IPO due to a unique reason.

Still, most of the listed private banks in South India have went on to deliver exceptional returns than North based banks. The reason is simple enough to understand.

Banking is not about growth alone, but equally about risk management. That NPAs can gobble up even hard-earned profits quickly has been the banking lesson of this decade.

This is where South based private banks like Karur Vysya Bank, Karnataka Bank, City Union Bank, Federal Bank, and South Indian Bank have proved that they have an edge.

Catholic Syrian Bank is also a private bank in the same tradition, hailing from the state of Kerala which is home to a large player like Federal Bank, and from the district of Thrissur which is home to its listed peer, South Indian Bank.

All these banks have appreciated investor wealth by 10 times to 95 times since the last 15 years, and have been paying high dividends each year, that in some cases is even multi-times that of the original investment 10 or 15 years back.

The bank is led by its Chairman S Santhanakrishnan, and MD & CEO Anand Krishnamurthy.

Chairman Santhanakrishnan is a veteran chartered accountant and law graduate who has been on the board of Federal Bank and several other corporates including companies in the Tata stable.

Managing Director Anand Krishnamurthy has a 22 year track-record in banking that includes international institutions like HSBC. He did his studies at IIT-Chennai and IIM-Kolkata.

While Catholic Syrian Bank is aiming for a Rs. 400 crore IPO, also on the plan is a Rs. 150 crore pre-IPO private placement by some existing investors.

While no single shareholder has more than 5% of CSB stock currently, around 10 large investors hold around 50% of the bank’s current equity.

CSB IPO is likely to be attractive for investors, if it is optimally priced, as it enjoys the additional advantage of a very low base - business-wise & loan book wise - compared with much bigger peers like South Indian Bank and Federal Bank.

Long term capital appreciation is more possible from such small bases, from which growth rates can remain high for a longer period of time.
Posted by Seasonal Magazine at 5:48:00 PM