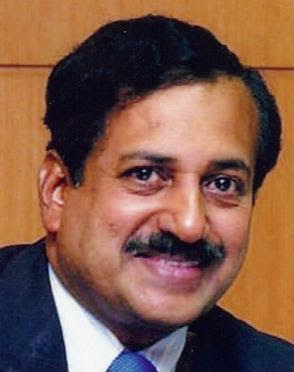 Ramesh Kumar feels that the future of rural housing finance in India will be through housing microfinance, a novel concept that he pioneered in India. Swarna Pragati's loanbook is all set to double by this fiscal end, says Ramesh Kumar.

While serving as the Chief General Manager of SBI in Maharashtra Circle, he pioneered the bank’s linkages with Self Help Groups (SHGs), that not only propelled SBI to the leadership position in microfinance in the state, but elevated Maharashtra as the fastest growing microfinance destination.

Later, as Chairman of NABARD’s National Committee on Rural Habitat, he studied and co-authored a report that has become the basis for government’s policy on rural housing.

But disappointed that none of the banks and HFCs would implement his proposals, A. Ramesh Kumar would quit SBI to co-found Swarna Pragati Housing Microfinance, India’s first housing microfinance institution.

Today, Chennai headquartered Swarna Pragati, backed by PE fund Aavishkaar Goodwell II, is growing at a CAGR of 200%, even while it maintains a healthy NIM, and manages an NPA of well below 1%.

Swarna Pragati is a unique model in home finance. Can you start by briefing us about how this concept came into being, and your role in it?

Swarna Pragati, which I co-founded in stages, between 2009 to 2011, has been India’s first housing microfinance company. You must be aware of the Microfinance model, for which its pioneers Muhammad Yunus and Grameen Bank of Bangladesh won the Nobel Peace Prize. That was in 2006, and much before that I was deeply involved in the development of microfinance through Self Help Groups (SHGs) in the state of Maharashtra. I was working with State Bank of India, as its Chief General Manager (CGM) for Maharashtra Circle. Back then, around 25,000 employees and 850 branches were under me, and I could grow that state’s business to a milestone of $15 billion. But more than that, what I regard as my greatest achievement during that period was the headway we made in pioneering micro-credit through SHGs. From being a sluggish state for microfinance, Maharashtra rose to become the fastest growing state for MF under my tenure. SBI’s state unit recorded a 960% YoY growth in SHG linkages, and came to dominate 80% of the microfinance linkages in the state. This has been my background in microfinance. I should also add that the model I pioneered was later adopted by almost all Indian banks to grow their microfinance business.

But housing microfinance is slightly different, isn’t it? How did you come to this super-specialization of MF?

Yes, it is slightly different, or I should say that it is an adaptation of microfinance for delivering home finance. Soon after my success in microfinance, I was asked to head NABARD’s National Committee on Rural Habitat, as its Chairman. We studied the sector and its problems in-depth and at a grassroots level, and came out with a report on some innovative solutions for promoting rural housing development. It has been the most comprehensive study and detailed document on the subject, and later proved to be an important input for the government in formulating their rural housing policy. But, unfortunately, almost no bank or financial institution was willing to implement the novel approach suggested in this report. Meanwhile, in 2007, I took voluntary retirement from SBI as a CGM, and joined an NBFC. By 2009, I had incubated Swarna Pragati under this NBFC, and later made it a standalone entity. Some of my banking sector colleagues and an enterprising youngster Sameer Siddiqui have been the co-founders. Swarna Pragati was started to implement the suggestions I made in the NABARD report as its Chairman, and to find further solutions through microfinance.

What were the major challenges facing the rural population in financing the construction of a home of their own?

From our studies for the NABARD committee, it became clear to me that there are four core challenges facing a rural person from financing a home of his own. Firstly, his income fluctuates in a wide range, unlike an urban employee or shop owner. It depends on various factors like rainfall, crop-loss, demand situation etc., and so the rural borrower is averse to a long tenor loan. Secondly, rural land owners don’t have proper land records. They will have some kind of documents that are socially respected, but not acceptable by any bank or housing finance company. Thirdly, the rural population don’t have a credit history, which means that there is no CIBIL score or any such method to verify how good or bad they have been in repaying their loans. And, in the fourth and last place, comes the challenge of high operational costs incurred by a bank or financial institution, if at all it wants to lend to rural customers, who will invariably be in remote locations, quite away from a bank branch. Rural housing finance was not happening due to these four core reasons, and I came to the conclusion that if Swarna Pragati has to succeed in this field, I will have to find solutions for overcoming these four challenges.

And that is what Swarna Pragati did? But how?

Yes, that is precisely what we did. We knew that rural incomes would keep fluctuating to a reasonable degree, and that was why prospective home owners in the rural setting was so timid about taking a large and longer-duration home loan. So, what I did was  we reengineered a new model of rural housing finance in which Swarna Pragati broke up that typical home loan into manageable chunks of smaller and shorter-duration loans for building specific parts or modules of the house. We call it incremental housing finance, and the customers use it for a specific task at a time, like building the foundation, building the walls, having proper flooring, or proper roofing, or for building a small house with a room and toilet first and then adding more rooms, kitchen, workplace etc. Each such loan would be between, say, Rs. 50,000 to Rs. 1,50,000, and would span 3 to 4 years in repayment time. Once such a loan is repaid, and the home owner is ready to build the next part of the structure, we give the next loan, and so forth. This model clicked big-time, because we adapted the loan product to customer’s repayment abilities and risk tolerance. In fact, incremental home finance was one of my suggestions in the NABARD report, which was however not noticed by the mainstream lending institutions. Secondly, to address income fluctuations, we extend support to what National Housing Bank (NHB) calls Productive Housing, which means that housing that also enables a livelihood like for artisans, small traders, and agriculturists. This is especially useful for women homeowners, who form a major part of our customers. We have also leveraged the best practices of microfinance by turning the traditional home loan which was an individual loan product on its head and making it a group loan product.

What did Swarna Pragati do for lack of proper land records?

We innovated the concept of Para-legal Mortgage, to bring inclusion to large number of rural families denied access to home loans. We pioneered what we call para-legal documentation for this purpose. In India, we have grassroots level constitutional bodies like Gram Sabhas and Village Panchayats. So, what we did was, we got these bodies to endorse the mortgage for the loan to the community-acknowledged land owner. In the rural setting, if a Gram Sabha acknowledges the ownership or possession of a land by a certain person, it is as good as proper land records for him. This too has become a very viable solution for a vexing problem in growing the rural housing finance business.

What kind of a mortgage do you provide? Is it equitable or registered?

It depends on the states in which we extend these loans. While in Odisha it is mainly equitable mortgage, in Tamilnadu it is registered. In Maharashtra, we have mainly these para-legal documentation.

What was Swarna Pragati’s solution for lack of credit history?

This is where we took a solution directly from the microfinance model. By the time we started out in Maharashtra in 2010-11, microfinance was well established. Though rural customers didn’t have national level credit scores like CIBIL, many of them were having track-records with the NGOs and Micro Finance Institutions (MFIs) extending micro-credit for various farming and trading purposes. Though it was not very formal, it was very practical to use these records to assess the prospective customers or the Self Help Groups (SHGs) or Joint Liability Groups (JLGs) to which they belong. Moreover, Swarna Pragati being a housing microfinance institution, primarily lends to such SHGs and JLGs.

So, your lending is never to an individual, but to a group? And what is the difference between SHG and JLG?

Yes, almost always we extend housing loans to a group of prospective home owners, who form an SHG or JLG. They are very similar concepts, SHG being the NABARD promoted model having around 10-15 members, and JLG being the Yunus (Grameen) model having around 4 to 5 members. Members in a group can take slightly different quantum of loan depending on their individual requirements, but as in microfinance, the liability is jointly shared.

What is your average ticket size for an individual in an SHG or JLG?

The average ticket of Swarna Pragati is around Rs. 1.4 lakh, and the range is between Rs. 50,000 to Rs. 2 lakh. But, as I told you, it is almost never taken as a single loan, but happens in a modular or incremental way of smaller loans.

So, what if a rural customer wants to have a bigger home loan?

Swarna Pragati does have provision for that. For good customers with satisfactory repayment track-record with us, we provide home loans ranging between Rs. 2 lakh to Rs. 7 lakh. The product is called Housing+.

You also mentioned the challenge of high operating costs. How is Swarna Pragati managing this?

Yes, high operating cost is the main dampener for banks and HFCs to extend loans to this segment. To overcome this, what we do is, we partner with grassroots level NGOs and MFIs who are actively engaging with these rural customers. They anyway visit these customers on a monthly or weekly basis for various purposes, and on such visits also collect our EMIs. They do it on a reasonable fee basis, so that it is viable for them. We incur a cost of around 3 to 3.5% for the collection, but still cut the operating costs to a manageable degree. We work with large NGOs in various states, for example, one of our largest partners is Gram-Utthan in Odisha.

We being a housing microfinance institution, our lending rates are more in sync with micro-credit rather than housing finance. Our retail lending rate is around 22-23%, and it is necessary to offset the higher risks due to lack of proper land records, lack of proper credit history, and lack of stable incomes or cash-flows. However, our customers are very satisfied, as we provide them with access to home loans, and because the loans are modular in nature and much shorter in duration - of 3 to 5 years - than regular home loans that takes 15 to 25 years for repayment. We also provide incentives for faster repayments than scheduled.

How sustainable a business is rural housing microfinance and Swarna Pragati?

Well, a retail lending operation’s sustainability depends upon its asset quality, its margins, as well as its growth prospects. Swarna Pragati fares well on all these parameters. Our Net NPAs were well below 1% as on 31st March 2015, our Net Interest Margin or NIM is satisfactory, and we are growing our loan book at a CAGR of 200% now. Our current loan book size is Rs. 85 crore, and we have a fiscal end target of Rs. 150 crore.