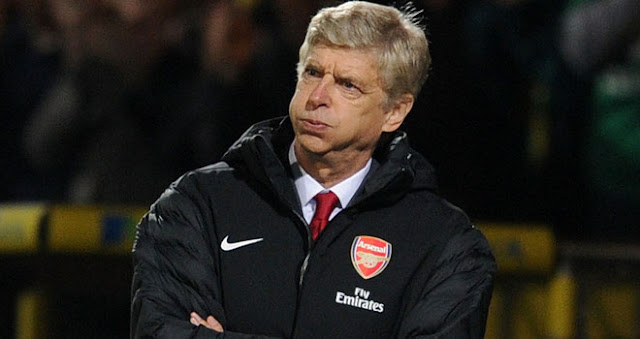 
As the business end of the footballing season nears, a feeling of déjà vu looms over the Emirates stadium, not for the first time. Year after year, Arsene Wenger and his band of Gunners deceive the world with their fluid-attacking football only to stumble and eventually fall before the finish line. But this year presents them with an anti-anti-climax but whether the Gunners achieve it is a serious question of doubt following their recent defeats to injury-ravaged Manchester United and relegation-threatened Swansea city.

Like all the previous seasons, Arsenal started the season in high flying fashion, cruising comfortably with only Leicester City ahead of them, but in arms reach. The dramatic fall in form of last year’s champions, Chelsea and the inconsistency of both Manchester United and Manchester city played into the Arsenal supporters believing that this was their season to win.

This is one of the most wide and bizarre Premier League races, with the so-called Big Five ( Manchester United, Manchester City, Arsenal, Chelsea and Liverpool) are not even in the top two places with only ten matches to go. And pressure would only triple on the aforementioned ‘Big Five’ if Leicester City or Tottenham F.C go on to complete the ultimate fairytale ending. Liverpool are the only squad who are devoid of genuine match-winners and are under-going revelation under new manager, Jurgen Klopp. Apart from them , all the other four clubs have got enough depth in their squads to win the Premier League or to even mount a serious title challenge. However, the supporters of City, United and Chelsea can shamelessly brag and sing about their club winning the league at least once in the last five seasons. But not Arsenal.

Wenger’s last league trophy was won eleven years ago which prompted Wenger to famously say that there has been a ‘shift of power’ when his side beat one of Sir Alex Ferguson’s great Manchester United sides. Whether this (ahem) shift in power has passed over Arsenal is unknown to everyone except Wenger. However, the known fact is that this year is the only realistic chance of Arsenal ever winning the league with Wenger at the helm at least for the next four to five years. Manchester City are welcoming Pep Guardiola, whose Barcelona and Bayern Munich sides imposed total dominance of their respective leagues and Chelsea’s slip-up this year can be forgiven if it’s a one-season shock. Even the likes of Manchester United and Liverpool are eventually going to get stronger and then what for Wenger? What’s even worse for Arsenal is that their north-London rivals, Tottenham have a relatively smaller budget and are in a higher place than them in the league table and inability to steer the team back to the top will only result in the call for Wenger’s head getting louder and louder.

That being said, Arsenal still has a chance to secure their title dream with atleast ten games remaining. Drawing FC Barcelona at the Champions League last 16 round have already ended Arsenal’s Champions league campaign. Thus only the Premier League and FA cup remaining priorities for them. The squad remains one of the most complete and clinical in England and was highlighted when Arsenal ripped apart Manchester United in the first twenty minutes of the match. Oliver Giroud who has been in predatory form is withering away towards the end of the season. Alexis Sanchez looks like a shadow of his former self and Theo Walcott is de-materializing after an outstanding start to the campaign. Former Real Madrid playmaker, Mesut Ozil (16 assists) has been at his best for Arsenal and is on course to break Arsenal legend, Thiery Henry’s record of most assists in a season (20). The recent injury woes to the lone summer signing,  Petr Cech and centre-back, Laurent Koscielny further adds to Arsenal’s obstacles for greatness this season.

However, the topsy-turvy nature of the Premier League is such that the unexpected can and frequently does happen, then who knows where Arsenal might be?