As Aleppo Falls, Is the Moral Case for Ousting Assad Still Relevant? 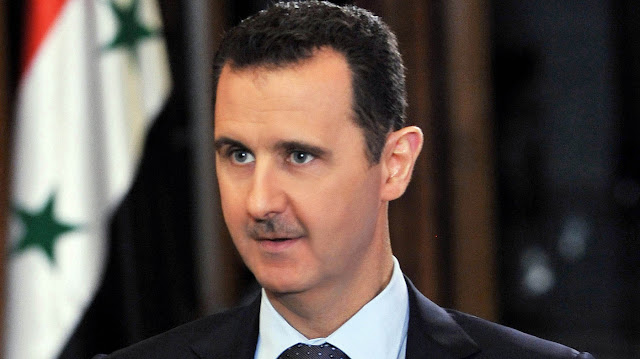 
Aleppo has fallen. It is being celebrated as a victory for pro-Assad forces at the expense of ISIS. Whether they now remain in the “wrong” or “right” hands depend on the political moorings of the side one supports. Nevertheless, given the ongoing refugee crisis in Europe and the scale of destruction and human rights violations caused by the civil war in Syria, it is ethically relevant to ask the most pressing issue confronting the Middle East right now: is the moral case still strong for removing Syrian President, Bashar al-Assad?

It is a feature of just war theory in its classic formulations that aggression is regarded as the criminal policy of a government, not as the policy of a criminal government-let alone a criminal system of government. Individual leaders may be brought to trial after the war; but the governmental system is not at issue. But what if aggression as an act follows from the very character of the system?

This doctrine had been applied by the Allied forces while analyzing Nazi war-making strategies during World War II. In this case, it was believed that Hitler represented a diabolical status quo and that regime change would be a necessary feature of the post-war settlement. It was not just the brute and aggressive wars fought by the Nazis, but also the genocidal policies it pursued that justified the demand first for unconditional surrender and then for political reconstruction. It raised the question of whether forcible democratization can be justified or if “regime-change” was a just cause for war.

Although touted as a democratic-restoration-by-force, it is widely held today that the regime-change in Germany was the consequence, not the cause, of the war fought by the allies. However, the Nazi case had been purportedly invoked as a ‘good precedent’ and hastily applied to justify the Bush government’s invasion of Iraq in 2003, one that exposed the foreign policy miscalculations of the US. The argument is not to discredit Godwin’s famed law or “the Hitler analogy” (a popular Internet adage created to reduce the incidence of inappropriate hyperbolic comparisons to the Nazi regime). Rather, the invasion tarnished the credibility of the just war thesis that was ethically necessary in Bosnia, Rwanda, Kuwait, and Kosovo.

In spite of the unpreparedness in dealing with the domestic situation before deposing the Ba’athist regime, the US would justify the removal of a tyrant facing serious charges of human rights abuses and massacre of religious minorities and political opponents. What had evidently surprised the neoconservatives was the worldwide condemnation against the US government for having triggered an intervention under the pretext of a ‘humanitarian crisis’ unfolding in Iraq and the coercive imposition of foreign ideas and ideologies on the largely politically-fractious society. Therefore, forcible democratization was deemed not only to be an alien phenomenon, but that it would upset the precariously-constructed Iraqi identity.

The Nazi Germany and Iraq cases offer dissimilar intentions for intervention and constitute varying degree of success and nature of conclusions. Both, however, fail to neatly address the ongoing Syrian crisis and how President Bashar al-Assad has confounded many observers by holding on to power for more than four years in the face of a rebellion by a large part of the population.

Assad’s Syria posits a strange problem to the US and its Western allies’ doctrine of just war. Assad, who swept to power, on the heels of a decisive victory in the 2014 election claims to have the mandate of the majority of Syrians (winning the popular vote by a margin of 98,19,444 votes with a voter turnout of 73.42%). However, the transparency of the elections was contested and the results dismissed as illegitimate by the Gulf Co-operation Council, European Union and the United States. However the mere conduct of a democratic election was enough reason for most countries, including India, to welcome Assad’s coming to power. The point of interest, here, is to examine the nature of his rule and whether it deems fit to be condemned.

As stated earlier, interventionism is a necessary evil when the governmental system or the nature of the regime professes a commitment to genocidal desires and routinely exterminates minority communities. In the absence of a neat categorization, it is reasonable to identify the ideological roots of the Syrian regime so as to understand the elements of its flagrant dictatorial oppression.

During nearly five decades in power, Syria's Baath Party has evolved from an Arab nationalist movement into a vast organization that has infiltrated every aspect of public life. When Hafez al-Assad seized power in a coup in 1970, the party became a vital tool to instill loyalty, as well as help control the government and military alongside the pervasive security services.

The Baath Party remained hugely influential, but real power was increasingly collected in the hands of President Assad, his family, close advisers, the military and security services. Despite this, in the eyes of many Syrians the party embodied the corruption, nepotism and stagnation that became so widespread.

The party's senior leaders have remained loyal to the late president's son, Bashar al-Assad, despite a call from the main opposition coalition, the Syrian National Council (SNC), for them to defect in protest at the violent crackdown on anti-government protests that began in March 2011. In fact, it was only in February 2012, after nearly a year of anti-government protests and bloodshed that threatened the dominance of the Assad family and the Baath Party, that the constitution and the political party law were changed.

The slew of reforms, however, did nothing to assuage the grievances of the Sunnis and the subsequent parliamentary elections in May were boycotted by the opposition and saw pro-government parties win almost all the seats. There was to be only a single high-profile case of defection by a Ba’athist minister – then Deputy Oil Minister, Abdo Hussameddin, announced his defection to the opposition.

Analysts say top officials in the Baath Party lead a privileged life, and stand to lose the most from a change of government. Many also belong to Syria's minority groups, including the president's own Alawite sect, and see the uprising as a struggle for survival. It therefore seems unlikely that Baath Party leaders will abandon the president in the near future, regardless of the increasing international pressure and rising death toll.

The US and its NATO allies had rigorously pursued the good old containment policy against Syria to bring to attention the gross violations committed by the regime. In January 2013, President Obama was asked in an interview how he "wrestled" with the Syria conflict. He would judge options, he said, based on whether they, among other things, "trigger even worse violence or the use of chemical weapons" or "offer the best prospect of a stable post-Assad regime." Since then, however, the violence has become worse, chemical weapons have been used repeatedly, and a stable future for Syria seems more remote than ever.

The debate in Europe has since revolved around the “good reasons” for keeping Assad in place and containing the conflict. A growing number of jihadists joining ISIS seemed manageable with extra security measures at home and airstrikes on Iraqi and Syrian territory. Containment was, however still favorable with the public. But the conditions for Syria’s neighbours were already unsustainable. The 4.5 million refugees, announced by the UNHCR, were in fact closer to 7 million, and aid was dwindling.

According to the US, Assad's departure would not by itself solve Syria's problems, but it could pave the way for the return of refugees and for building a local and regional ground force to roll back ISIS and secure areas it now holds. Yet there has been little in the U.S. strategy designed to compel Assad to step aside or to incentivize his supporters to abandon him.

The absoluteness of the conflict can be assigned to the ‘symbiotic animosity’ between the Assad regime and ISIS. Undoubtedly, US meddling has transformed the region perhaps irrevocably but it would be a stretch to dismiss the existence of sectarian strife in the region. Therefore, the application of the just war thesis inevitably runs into the problem of identity politics in the region, making it a dangerous proposition.

One by one, interventionist justifications seem credible in the face of Assad’s mass murder of his own citizens, especially when they were protesting peacefully. But, regime change, by itself may not be a just cause for war. As political theorist Michael Walzer argues “when we act in the world, and especially when we act militarily, we must respond to ‘the evil that men do’, which is best read as ‘the evil that they are doing’, and not to the evil that they are ‘capable of doing or have done in the past’.

The harsh containment system imposed on Iraq after the first Gulf War was, in retrospect, highly effective. It prevented both weapons development and mass murder and therefore made the war of 2003 unnecessary. But in another sense it was a failure: It did not prevent the war. The primary reason for the failure was, obviously, the ideologically-driven policy of the Bush administration.

But there is another reason, less obvious, which needs to be stressed: The states that opposed the war on the grounds that containment was working were not themselves making it work. They were not participants in, or even supporters of, the containment system. The containment of Saddam's Iraq began as a multilateral enterprise, but in the end it was the Americans who were doing almost all the work. Had containment remained a collaborative international project, American power might also have been contained within it.

Although far from addressing ground realities in Syria, the containment policy remains the best option available to pressurize Assad. But, with Obama leaving behind a legacy of inaction in Syria and Trump vowing to help Assad and Russia on dealing with ISIS, the onus on coercing Assad seems to falls squarely on the European nations. Putin has increasingly capitalized on attempts to discredit Western democracies and it is unsurprising why he is hailed as an example by nationalists, populists and even dictators like Assad.

The failure of containment in Syria has led to Europe paying the price for it. If morality and ethics constitute decision-making, there is lots more to be done in tackling the refugee crisis, which has been worsened by Russia’s military intervention in Syria. The international community needs to up the ante instead of normalizing the situation in Syria. The opportunity cost in scaling up war efforts is massive and takes the attention away from ‘problematizing’ Assad diplomatically.
Posted by Seasonal Magazine at 12:14:00 PM