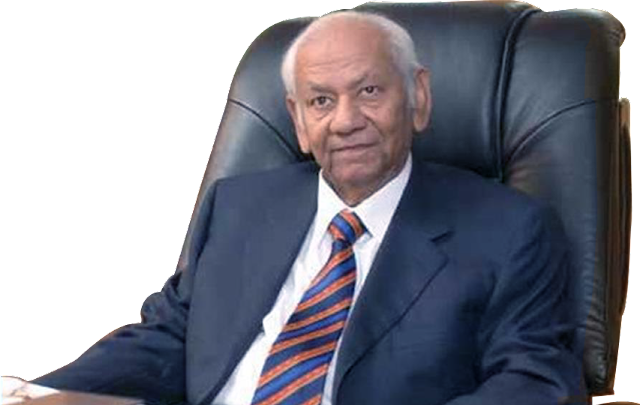 Sintex Industries made a new 52-Week High of Rs.111.40 on both BSE & NSE recently. The stock of the diversified midcap player has been rising for the last three months now on the impending de-merger of its plastics & infra businesses into a new company. Here is a look into whether the upcoming de-merger is of lasting value or steeped in further challenges.

Sintex Industries stock opened today’s trade Rs.108 in NSE, up by 0.50%, while the key Sensex index has been trading flat.

While hundreds of comparable midcap and small-cap companies have been hitting continuous 52-Week Highs during the past two years, the case of Sintex Industries has been a little different during this period - with it falling for the first year in this period, and staying stagnant for the next year in this two-year period, until the beginning of 2017.

The trigger for the recent up-move in the Sintex stock has been an upcoming de-merger of two broad divisions from this diversified company.

The company is now seeking the de-merger of these broad plastics and infra businesses into two separate companies which will be housed under a new holding company that will be listed separately.

After the de-merger is complete, the main activity of the original Sintex Industries would be textiles – the spinning and fabrics businesses.

Investors in Sintex Industries at the record date for the de-merger would be issued equal shares in the new holding company, Sintex Plastics Technology Ltd, which will be listed separately at a subsequent date.

The idea behind the de-merger is to isolate the revenue generating textile business and the cash generating plastics & infra businesses into two separate companies.

While on paper the proposal looks good as it bifurcates a too diversified mid-cap company into understandable segments, whether it would actually make a difference on the ground for investors remains to be seen.

This is because, after showing high promise between the years 2004 and 2008, when it appreciated by 30 times, from Rs.10 to over Rs.300, Sintex Industries stock had fallen to as low as Rs.17 by late 2013, on several miscalculations with regard to debt and demand for its products.

While the stock recovered in the general bull run preceding and following the new government at the Centre, it never recovered to even half of the 2008 level – to Rs.150 – making most long-term investors in Sintex to still sit on irrecoverable losses.

The prime reason for Sintex Industries' lackluster performance at the bourses has been the way it has accumulated significant debt for its many overseas and Indian acquisitions, promising high growth in niche areas, which never really came through even after nearly 10 years.

In India, it had bought Bright AutoPlast, a custom moulding business operating in the automobile sector.

Tapping into probable synergies it had also invested further and directed some of these companies to collaborate with each other. For instance, Bright AutoPlast has a Precision Parts Division in Chennai, which has been set up in technical collaboration with Nief Plastics, now Sintex NP.

Yet another acquisition by Sintex in India was Zep Infratech Ltd, operating in the pre-fabricated buildings construction.

Despite all these acquisitions spanning several years, Sintex Industries is still struggling to clock an annual turnover of Rs.8000 crore and net profit of Rs.700 crore.

At the same time, its debt had ballooned to nearly Rs.5840 crore by FY’16 end, and even worse, much of it was taken in FCCBs to fund the foreign acquisitions which brought in further hits by way of currency fluctuations and subsequent dilutions.

Sintex also did a Rights Issue last year to shore up its debt/equity figures, but it still remains higher than comfortable levels.
While that much goes for its debt driven acquisitions, some of its largest bets especially in the pre-fabricated buildings side have never really played out in its key market of India. This has also hurt the revenue growth.

Signaling that such diversification from its core textiles and plastics business has not delivered, during the last few years Sintex has tried to return to its roots as a textiles company.

This has resulted in significant fresh capital expenditure into its spinning division, which is expected to clock sizeable earnings only in the long run.

Even after the de-merger, there would be significant debt remaining in the books of both the companies, with Sintex Industries saddled with Rs.2200 crore in debt, while the bigger portion of Rs.3640 crore debt would be the responsibility of the new plastics/infra company.

What this can mean is that the textiles division is left free to take up more debt as it has still more capex requirements in sight. The plastics/infra division would deploy much of its earnings over the next several years to pare its higher debt.

De-mergers have improved or destroyed fortunes of investors in India, and it is up to Sintex Industries to prove that it would do everything possible to shore up lost confidence among investors. It is to be noted that during the last 8 years, when Sintex stock tanked to less than half, several of its peer mid-caps in India have grown to be large-caps.

The de-merger strategies of Sintex so far appear only to be cosmetic, while the way the company’s miscalculations and misfortunes post 2008, and apparent lack of interest in investor interest, have played out, calls for high caution.
Posted by Seasonal Magazine at 1:22:00 PM