Can Siyaram Silk Mills Continue on the Growth Track? 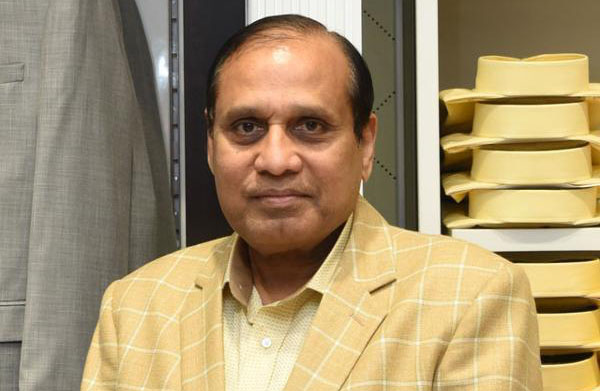 From yarns to retail, and everything in between like fabrics, home furnishing, & ready-wear, Siyaram has already come a long way in recent years. But it has been trying to add value through the creation and deployment of 13 brands on which Siyaram crafts over 60 million meters of fabrics annually.

Apart from the core Siyram’s brand, other brands from the firm include J. Hampstead, Oxemberg, Royale Linen, Siya, Casa Moda, Mistair, Moretti , Little Champ, Miniature, & Unicode. Now, the company is upping the premium brand play by focusing on its most lucrative brands as well as by bringing in Italian fashion label Cadini.

The latest Share Holding Pattern (SHP) reveals that two major institutional investors had upped their stakes substantially in Siyaram during the Q3 battering. The reputation of these investors - DSP Blackrock Micro Cap Fund or Reliance Capital Small Cap Fund – is what helped the subsequent 50% rally in the stock.

A noteworthy branded player in men’s suiting and shirting, Siyaram is a small-cap firm with equity of Rs. 9.37 crore and market capitalization of Rs. 1607 crore.

One of the first points while considering a stock like Siyaram Silk Mills is its liquidity or daily trading volume. It’s NSE 30-Day Average Volume currently is 4000 shares, while its BSE volume for the same period is 925 shares, which adds up to a total daily average traded volume of less than 5000 shares or Rs. 85 lakhs at current prices. What this means is that large or even medium-scale investors or traders can cause unexpected volatility in the stock, especially since it has moved up considerably. While many low liquidity stocks have historically outperformed the market, this calls for caution at this stage.

Q3 sales was down by 18.47% on a Year-on-Year (YoY) basis, while it was down by 19.34% sequentially or Quarter-on-Quarter (QoQ) basis, both on standalone numbers (standalone & consolidated performances differ negligibly on annual figures). Net profit for the said quarter was down 34.47% on YoY basis, and down by nearly 49% on QoQ basis. While the performance is in sync with how some comparable peers performed, it reminds investors that Siyaram is highly sensitive to consumer sentiment. Already, FY’16 had witnessed a slowdown in both topline and bottomline growth compared to preceding few fiscals.

Siyaram Silk Mills started rising in early 2017 and hit its all-time high of Rs. 1770 in BSE in late February 2017. While the market, and especially its small-cap segment, has still soared on Uttar Pradesh election results during the month since then, Siyaram has been unable to make a higher high for over a month now. While this signals consolidation after a quick up-move, it also reveals caution on the part of Siyaram enthusiasts that the higher end of fair price range might have been breached already. Taken together with the falling 10-Day Average Trading Volumes, it calls for prudence.

Consumer taste has been moving momentously towards ready-mades, and while Siyaram hasn’t missed the bus, it’s brands are still not clear-cut leaders in the RMG segment. Consumer buying on the other hand has been moving rapidly into the online portals, and here too Siyaram is yet to make a mark of its own. This segment may be unappealing to the company too, given its conservative management as well as the wafer-thin margins that online portals offer. RMG segment is facing increased competition too with some of India’s largest business houses including the Aditya Birla Group leading consolidation in this sector through large takeovers.

Siyaram Silk Mills, though still a small-cap company, has a long track record in fabrics and garments. Founded in 1978 as part of the SiyaramPoddar Group, its corporate headquarters is still at one of India's best-known but erstwhile textile hubs - Lower Parel of Mumbai. Registered office is at Tarapur in Palghar District of Maharashtra where one of its major textile plants is located. The other two Siyaram factories are at Daman and Silvassa.The company has a claim of being India’s largest producer of blended high fashion suiting /shirting fabrics, manufacturing over 60 million metres of fabric annually.

Siyaram Silk Mills, as its name signifies started off as a textile mill specialising in manufacturing blended fabrics from polyester viscose. Over the nearly four decades of its existence, however, it successfully achieved forward integration by manufacturing readymade apparels for men & women, readymade garments, institutional products like uniforms, and home furnishing. The company also sells yarns to other garment manufacturers. It is a major innovator and exporter of speciality blended fabrics into world markets including USA, UK, France, South East Asian, Australian and Latin American countries.

Sensing the shifting consumer trends beforehand, Siyaram Silk Mills ventured into retailing in a big way. The Siyaram’s Shop is an exclusive chain of retail outlets with 170+ showrooms at premium locations across the country housing a wide portfolio of menswear fashion fabrics and apparels. It is run under a franchise model and available brands include Siyaram’s Suitings & Shirtings, J. Hampstead Fabric & Apparel, Oxemberg, Mistair, Moretti, Royale Linen and Miniature. Siyaram products are also available from 1 lakh textile shops across India. Current brand ambassadors include Hrithik Roshan and Saif Ali Khan.

Siyaram Silk Mills Ltd currently has total share capital of Rs.9.37 crore, made up fully of equity share capital of Rs.9.37 crore with no preference shares in its capital. Equity capital is made up of 93.7 lakh shares of Face Value Rs.10. The equity capital base has remained at the current level of Rs. 9.37 crore since the last decade which reveals reasonable Respect for Equity. Also, at no point since the last two decades, has the company issued preference shares to anybody including the promoter group signalling healthy Respect for Equity.

Siyaram currently has total debt of nearly Rs.365 crores and networth (shareholders' equity) of Rs.508 crores, which makes its debt/equity ratio stand at 0.72. While it is not perfect nor too high, especially given that it is a textile company, it needs to be noted that the current D/E ratio leaves little room for further leverage without sacrificing its attractiveness on this core metric. Also, the split-up of its total debt reveals nearly 50% as unsecured loans, which is not a very desirable status with regard to debt.

For a company currently valued at Rs.1587 crore, Siyaram generated annual revenue of Rs.1622 crores in FY'16, which is impressive and signals attractive price-to-sales ratio of around 0.98. However, this is surprising given that during the last four fiscals, Siyaram could increase its revenue by just over 77% which while healthy doesn't signal robust sales growth. In fact, sales growth has been slowing and in FY'16, it grew just 7.40%. It would be a miracle if FY'17 ends up as anything different due to sluggish sales performance so far.

Return on Equity (RoE) or Return on Networth (RoNW) currently stands healthy at 16.71%, but it is sharply down from the 21.23% it was few fiscals back. However, on the related core metrics of Return on Capital Employed (RoCE) and Return on Assets (RoA), Siyaram's performance has been more stable during the last few fiscals signalling capital efficiency. RoCE stood at 13.41% and RoA stood at 7.09% on consolidated basis in FY'16. While these are not exceptional figures, these are not unhealthy either.

For the last fiscal, Siyaram Silk Mills has declared an equity dividend of 110.00% amounting to Rs 11 per share. At the current share price of Rs 1690.55 this results in a dividend yield of 0.65%. The company has a good dividend track record and has consistently declared dividends for the last few years. While the dividends have steadily increased from 75% to 110% during these five years, the dividend payout ratio on net profit is still only around 12% with the earnings retention ratio by the company being at 88%.

Of the nearly 33% public shareholding in the company, the biggest chunk is made up of non-institutional investors including retail investors which make up 23.70% of the total shareholding. However, there are two highly reputed institutional investors in the stock as per the latest share holding pattern for Q3 end. They are DSP BlackRock Mirco Cap Fund holding 5.25% stake and Reliance Small Cap Fund holding 2.70% stake in the company. Both funds had upped their stake significantly in Q3. Also, 12 foreign portfolio investors together holds 0.77% stake in Siyaram.

Promoter holding in the company is currently robust at 67.07%. This has been quite stable during the last few years and even beyond, despite the stock moving up sharply during this period. The promoter holding is extensively distributed among 35 entities including members of the Poddar family and several investment and holding companies by members of the promoter family. The relatively high promoter holding leaves room for the company and promoter to consider fund-raising instruments like QIP in the future. There are no significant pledging of shares.

Siyaram Silk Mills stock currently trades at 19 times its standalone earnings for the trailing twelve months. Some analysts have estimated that it is trading at 10X FY'18 P/E, which makes it attractive. But it remains to be seen how the recent sluggishness in performance would impact the forward valuations. On other valuation fronts like Price to Book Value and Price to Sales, Siyaram is more attractively positioned, trading at just 3 times P/BV and 1 times P/S. After the recent run-up in prices, further movement is likely to be based only on verification of performance in Q4, and Q1 of next fiscal.
Posted by Seasonal Magazine at 1:43:00 PM