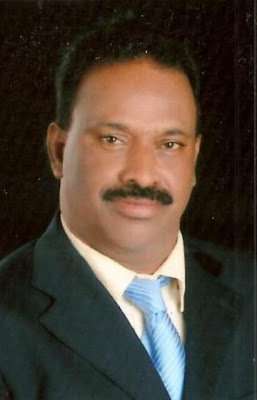 Kochi, India, based Kunnath Pharmaceuticals, the firm behind the herbal formulation Musli Power X-Tra that has managed to get a buzz as well as controversies around it recently, has informed that it has been selected for an international innovation award by a management association based in Paris, France. Awardees including Kunnath Pharma were selected by a jury from over 850 international nominations received this year.

The award is officially titled ‘The New Era Award for Technology, Quality, & Innovation’. Speaking to Seasonal Magazine on the development, KC Abraham said, “It is heartening to know that the efforts of Kunnath in fostering modern herbal extraction technologies, product efficacy and quality, and above all, innovation were recognized by an international body. Our flagship product, Musli Power X-Tra’s success is largely based on these three values.”

Earlier in this year, Abraham had won an award for entrepreneurship given off by Indian President, Pratibha Patil at the Presidential Palace, Rashtrapati Bhawan.

KC Abraham, a first generation entrepreneur from the picturesque Indian state of Kerala, started out as a farmer and was forced into entrepreneurship when a huge crop of ‘safed musli’ (a herb thought to reverse erectile dysfunction) found no takers. He experimented many formulations with safed musli for efficacy and finally hit upon the formula for Musli Power X-Tra, which has nine different herbal extracts and minerals.

Musli Power X-Tra was dogged with controversies from its start, but Kunnath has been able to survive most of them till now. Detractors of the medicine, that include some of the drug regulators of a few Indian states, have repeatedly tested samples of Musli Power X-Tra for traces of allopathic molecules, but has so far failed to unearth any. Even recently, the formulation was found to test negative for Sildenafil and Tadalafil, the active ingredients of Viagra and Cialis, as well as synthetic steroids.

Abraham, however, has a curious take on such inquiries. “It is the efficacy of Musli Power X-Tra that is making them suspicious.”

Meanwhile, the sale of the drug has grown systematically, with it being available across many countries, and drug approvals sought by Kunnath in many more.

Another controversy regarding the herbal drug has been that it was first marketed as a medicine for male impotency, then also for female sexual dysfunction, then for male and female infertility, and now also for general health and vitality. While detractors say this is only to dodge stricter regulations for selling sexual remedies and to increase the target market, Kunnath maintains that it was originally intended for male impotency, and that they too had stumbled upon the wider uses over a course of three years. Says Abraham, “One clue to the riddle is that in Ayurveda, sexual health can only be bettered by bettering overall health.”
Posted by Seasonal Magazine at 5:24:00 PM