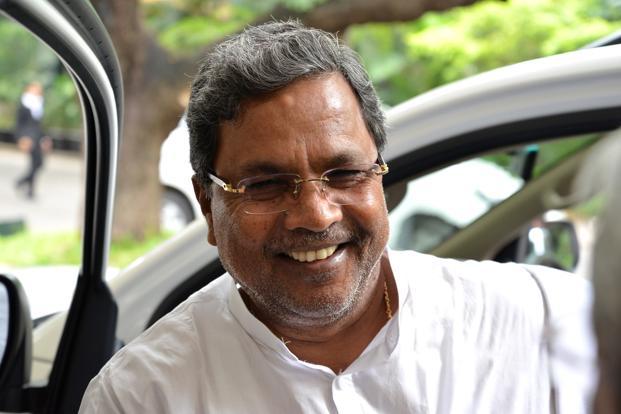 Karnataka Government has already woken up to the fact that it needs to do much more than usual to attract big-ticket investments, given the heightened competition between all Indian states, especially its neighbours. At the same time, the current financial year has been unfortunate for the southern state due to the bad monsoons that not only caused one of its worst droughts, but affected the power availability for industries. But Karnataka Government has been moving forward unfazed for not only conducting Invest Karnataka 2016 – a Global Investor Meet (GIM) – in a grand manner, but in ensuring that it is not only just a 3-day event, but an enduring game changer for the state’s industrialization as well as socioeconomic well-being. It is in no way an easy task as it requires careful balancing between pursuing development agendas and ensuring equitable growth. Chief Minister Siddaramaiah, Industries Minister RV Deshpande, and the whole political and bureaucratic leadership of Karnataka are well prepared to make the best use of Karnataka’s and Bengaluru’s natural strengths, by making huge advancements in infrastructure, like uninterrupted power, to attract massive global investments, even while the state is not losing its focus on ensuring inclusive development by planning to deliver windfall returns to farmers and small landowners.

When an Indian state tells that it has set no goal for itself – like 5 lakh crore or 10 lakh crore of investment MoUs – for a Global Investor Meet, it may not come across as very PR savvy. But when Karnataka says it, not only India, but the whole world is likely to take notice of this practical vision.

Because, the South Indian state, especially its capital Bengaluru has been both an innovation hub as well as a technological hub on a global scale, in various studies, comparable to Silicon Valley, London, Singapore, or Tel Aviv.

No wonder then that seven developed and highly industrialized countries from Europe and Asia have tied up with Karnataka to be the partner countries for Invest Karnataka 2016, which opens on February 3rd at Bengaluru’s Palace Grounds. These partner nations are France, Japan, Sweden, South Korea, the UK, Italy and Germany.

Once known as a laidback Garden City known for attracting retirees, the city transformed itself admirably to become Asia’s first outsourcing hub, starting from the late 80s. The city leveraged its leading position in India for having the maximum number of scientists and engineers, including the largest contingent of doctorate holders, to attract outsourcing pioneers like Texas Instruments, Infosys, & Wipro.

In fact, Bengaluru had outpaced mightier economic hubs like Mumbai and Chennai, and newer aspirants like Gurgaon and Hyderabad, to emerge as the leader in outsourcing, by a large measure.

The attractiveness of Karnataka and Bengaluru are not lost on India’s industrial biggies too, with almost all major conglomerates having a significant presence in the state. And it is just one reason that the likes of Ratan Tata, Kumar Mangalam Birla, Anand Mahindra, Sajjan Jindal, Anil Ambani, and Gautam Adani have already assured their participation in Invest Karnataka 2016.

Needless to say, made-in-Karnataka phenomena like NR Narayana Murthy, Kris Gopalkrishnan, Dr Devi Prasad Shetty, and Kiran Mazumdar-Shaw too have confirmed their participation in the high-voltage event despite their busy schedules.

Union Finance Minister Arun Jaitley is the Chief Guest for the event while Congress Vice President Rahul Gandhi will be a guest of honour.

If anyone thought that the outsourcing development in the late 80s and early 90s was a fluke, Bengaluru has done it again recently by playing host to almost all the leading e-commerce startups including Flipkart and Amazon. Not only is this continuing leadership of Bengaluru evident in e-commerce, but across almost all the startup categories with 6 out of 10 Indian unicorns headquartered in Karnataka’s capital.

The whole of Karnataka is, in fact, in huge emerging momentum due to its capital city’s leadership across India and most of Asia. For example, today over 360 MNCs have their R&D and innovation centers in Karnataka across various sectors. These include heavyweights like Airbus, Rolls Royce, Huawei, GE, Texas Instruments, General Motors, AstraZeneca, Intel, Yahoo, Microsoft, Samsung, Bell, ABB, Cisco, Accenture, and Continental.

Chief Minister Siddaramaiah has been very keen on taking these natural strengths of Karnataka to the next level, by having a well-planned and perfectly-executed Global Investor Meet. That is why Invest Karnataka was postponed from late 2015 to February 2016, as the state wanted to cover some key groundwork before attracting global investors on a scale that will be unprecedented even for Karnataka or Bengaluru.

Assisted ably by State Industries Minister RV Deshpande, the CM and all the top political and bureaucratic leaders of Karnataka are working overtime to ensure that Invest Karnataka 2016 is not just high on MoUs, but a landmark event that will take Karnataka to the next orbit of growth and prosperity for all.

Chief Minister Siddaramaiah has recently countered allegations that the state has been slow in attracting new investments during the last couple of years. “In the last two years, we have approved more than 450 projects, bringing in investments of around Rs. 1.21 lakh crore and generating 2.44 lakh jobs,” he asserted.

The CM does have a point there as majors like Shell, Tata Power, Bosch, Scania, Asian Paints, GSK and others have made major entries or capacity expansions in the state, during the last 12 months itself.

At the same time, CM Siddaramaiah has never lost his focus on ensuring equitable development for all, especially the economically weaker section in rural areas, in these times of drought and crop loss.

Under his leadership, the State Cabinet recently approved the release of Rs. 1540 crore as input subsidy for farmers, who have lost crops due to drought. A list of 3.8 lakh beneficiaries has been readied and the money would be released to deputy commissioners for disbursal.

The state is rapidly adding 2000 MW of power generation and distribution to its kitty, so that any industry – however demanding in its requirements – would have uninterrupted power by June 2016, just in time to enable the expected investors in Invest Karnataka to start their work on ground.

Karnataka is also countering allegations of slow growth of infrastructure in a novel way, through this GIM. Instead of keeping on promising infrastructure growth on public money alone, the state’s Infrastructure Development Department has compiled a list of 117 projects in nine infra sub-sectors having an investment potential of over Rs 1 lakh crore to be showcased to investors at Invest Karnataka 2016.

According to Infrastructure Minister Roshan Baig, more than 25 projects pertain to strengthening infrastructure in Bengaluru. Most of the projects are proposed to be taken up on a Public Private Partnership (PPP) model and include those aimed at easing traffic congestion, parking facilities, skywalks, elevated corridors, Light Rail Transit System, and public toilets, among others.

Such proactive attitudes are already showing results with several global and domestic industries already lining up for agreements, even before this GIM begins on February 3rd.  This has happened after the various international and domestic roadshows done by the Invest Karnataka team led by Minister RV Deshpande.

The added beauty of this GIM is that CM Siddaramaiah has personally seen to it that this GIM is coinciding with the implementation of the landmark law ‘The Right to Fair Compensation and Transparency in Land Acquisition, Rehabilitation and Resettlement Act, 2013’ in the state.

Farmers and landholders in Bengaluru and Karnataka are overjoyed as they would get four times or more of the current land value, if their land is acquired.

By giving such generous compensation, the state is planning to acquire 25,000 acres around Bengaulru, especially close to Kempegowda International Airport (KIA) for various projects including the 10,000 acre Information Technology Investment Region (ITIR).

Under the new rule, an acre here is expected to be compensated by Rs. 40 crore, which will bring a windfall to many farmers and small landowners here. That is how this CM is promoting inclusive development too, even when it facilitates land acquisition for the billions of dollars worth of projects expected in Invest Karnataka 2016.
Posted by Seasonal Magazine at 1:38:00 PM