Is Direct Democracy The Pill to India's Scam Ills?

Only Direct Democracy will bring in accountability and transparency, even while presenting a trillion dollar opportunity in its implementation. But for that to happen, first we want leaders who plot their own exit.

With the alleged nexus between big business, bigger politics, & biggest fourth estate, out in open, and the bribe-for-loans in the housing finance sector, the world had indeed come a full circle. Now, the only question before public is whether it is time to call quits in finding at least somebody who is trustworthy. Anyway, one thing is sure, if somebody is caught red-handed these days, his or her time is up. This used to be so in ordinary lives from time immemorial, but now politicians too are included. Congress and BJP are going full blast in eliminating their corrupt - sorry - publicly corrupt. Most parties are expected to follow suit, barring incorruptible setups like the ones headed by Prakash Karat and M Karunanidhi. The real problem is that all of them are hiding. Behind that veil of democracy, and in the cocoons of myriad laws. The fact that a sizable portion of successful politicians are lawyers, doesn’t help either.

The only pill for democratic ills is more democracy. Can technology and manpower prove to be the engines for instilling more democracy? If it can, this will also be bigger than those much-vaunted trillion dollar opportunities in various sunrise sectors. India is today flattered as the largest liberal or constitutional democracy. But the flatterers and the flattered are sitting smug on a belief that constitutional democracy is the ultimate. Or, perhaps on the disbelief whether anything better is indeed possible. Nonsense. Constitutional democracy is, historically speaking, nothing more than a stop-gap arrangement. The real game-changer is something called direct democracy. Now, before some of you say it is impractical due to the referendums involved, let us remind ourselves that the times have changed, tech has changed. But before that, a bit of direct democracy for the uninitiated.

Direct democracy gets its name from the direct powers it gives the voters to do three things, apart from, of course, selecting the rulers. These direct powers are changing constitutional laws, suggesting new initiatives, and thirdly, recalling any elected representative. While the first power makes it difficult for the politicians to hide behind legal status quos, the third gives public the power to vote out, or even prosecute, promise-breakers before their term ends. However, the second power is the most productive - that of suggesting new initiatives. Why? If you think you have been hit by the greatest idea to create a million new jobs or low-cost housing, all you have to do is collect enough signatures from the community around to force a referendum on the nation. But the need for frequent referendums has also been the second biggest hurdle for implementing direct democracy. How can a nation bear the costs and logistics of referendums for every fancy ideas proposed by, say, a hundred thousand citizens?

But this is increasingly becoming an ostentatious reason. Which tech-savvy youngster will buy this reason? He or she is already 3G, living in the post-Facebook, WikiLeaks era. Internet, mobile, and software technologies have advanced to such a stage that holding referendums, as often as needed, should be a snap. That is why UID is such an important step. But better than basking in its glory, the need of the hour is reminding ourselves that it is just an enabling step. The real achievement would be building a platform for referendum-driven direct democracy on UID and tele-density.

Now that brings us to the real reason why direct democracy is not taking off. Will politicians plot their own end? Instead, they will guard their fort till the very end. And that is why thriving direct democracies are found only in some local communities in Switzerland, US states like Vermont, and some city states. It is a shame that no direct democracy exists outside the overruling power of a bigger state, province, or nation. Yet, changes are happening like the issue-based referendums in California, which have witnessed massive turnouts.

But can’t India ring in the bells of change? If not for the only reason that the biggest democracy should also show the way? We have everything to make a go for it - brains, manpower, tech. And this can be a multi-trillion dollar domestic opportunity for the economy, which is increasingly threatened by a global slowdown. But for that to happen, we should prod our leaders to take that extraordinary step. As Anand Mahindra recently put it brilliantly - a true business leader is one who plots his own obsolescence. This should be truer in politics than in any other sector. We sometimes take those steps. Like when we put Nandan Nilekani in charge of UID instead of a Congress leader. But we also go backward, when we failed to extend the term to Dr. Kalam. One step forward, two steps backward.

Let the world flatter India for real achievements, like being the first and largest direct democracy. Otherwise, it will be like Barack Obama or Barkha Dutt flattering Dr. Singh. 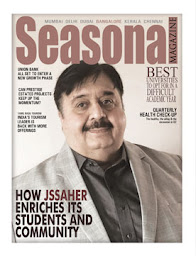