Trends from IPL 7 That Will Change Indian Cricket 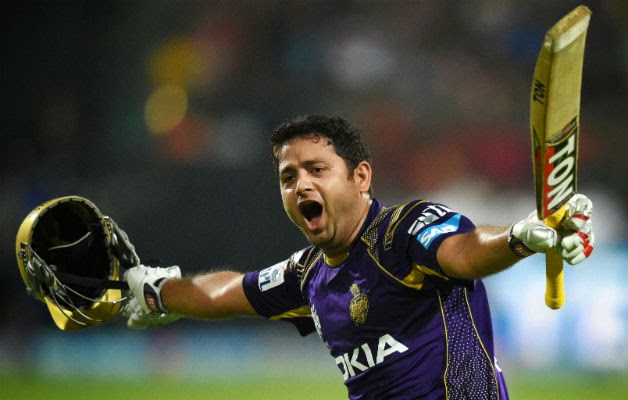 Indian Cricket will surely imbibe several lessons from IPL 7. These include the surprising talent of younger Indian players vis-à-vis foreign players, the need to cut down on talent hype based on auction amount, the need to have players with quality of exposure rather than quantity, and above all the need to groom players with a diehard, killer instinct.

How often have players playing for a new franchise performed well against their former club? This is what both Wriddhiman Saha and Piyush Chawla showed in their IPL final encounter, which saw the latter’s heroics with the bat ensuring a second title for KKR in 3 years. Piyush Chawla was part of the KXIP squad in the first few IPL seasons before being roped in by KKR to strengthen their spin department. Saha, on the other hand, was in and out of the KKR batting line-up as they preferred to stick with Manvinder Bisla. Irrespective of the result, both franchises will be pleased to have these respective players in their squad.

Though Saha ended up on the losing side after scoring a hurricane century, the second-choice wicket-keeper batsman of India won the hearts of many fans for his cool demeanour and daring attitude as he tore apart the outstanding bowling attack of KKR. What stood out in the final was the unprecedented contribution of domestic players who outshone their high-profile foreign team-mates and seasoned cricketers in a high-voltage clash.

While the focus has always been on the 4 foreign players playing in each team, India’s domestic talent was there to see for everyone as most of the Ranji trophy players stood up to the task of playing courageously in a crunch situation. Underrated batsmen like Manish Pandey and Wriddhiman Saha batted like they had a wealth of international experience behind them as they came to the party when their respective teams needed them the most. Most of the media coverage, during the lead-up to the final, was devoted to the battle between Narine and Maxwell, both of whom disappointed in their respective fields.

At one stage, Punjab was on the brink of achieving a paltry total with Manan Vohra and Saha finding it difficult to score boundaries due to some fine bowling effort by the KKR bowlers. Interestingly, Saha was sent ahead of both Maxwell and Miller which did raise quite a few eyebrows but the former KKR batsman reposed the faith the team management had in him by playing some aggressive cricket that took everyone by surprise. The counter-attack was a much-needed one as by the time Vohra was dismissed, Punjab had already worked their way through to an imposing first innings score. Like the failure of CSK’s foreign stars in their 2nd Qualifier, Punjab badly needed their international bunch of players to step up to the occasion but all of them disappointed.

Sunil Narine, who opted to play the IPL final over national team commitments, finished with poor returns as the two inexperienced Punjab batsmen took the attack to the opposition camp. Though Bailey, Maxwell and Miller displayed outstanding fielding skills, all three of them failed miserably with the bat. After sending down 5 excellent balls, Mitchell Johnson bowled a shocking and irresponsible delivery that turned out to be the turning point of the match as Piyush Chawla carted him for a crucial six.

Last match centurion, Virender Sehwag played a rash shot to be dismissed early without troubling the scorers much. Out-of-favour Indian pacer Laxmipathy Balaji also looked out of sorts as he struggled to bowl a consistent line and length. Apart from Saha and Vohra, it was young spinner Akshar Patel who once again made his presence felt by firing in his fastish arm-balls to contain the flow of runs.

However, it was not only the senior pros in Punjab team who failed to live up to their reputation. For instance, KKR desperately hoped that the tournament’s leading run-getter Robin Uthappa would provide them with a rocketing start chasing a mammoth score but the opening batsman couldn’t inflict much damage. Gambhir too, looking to up the ante, was found wanting as he became dismissed for the very first ball of leggie Karanveer Singh’s spell.

KKR found an unlikely hero in Manish Pandey, who came within touching distance of scoring his second IPL ton, as the emerging Karnataka talent nevertheless played a match-winning knock much to the delight of his team. Big-match players like Yusuf Pathan, Shakib Al Hasan and Ryan ten doeschate failed to convert their sound starts into anything meaningful as the job was left to Pandey who single-handedly took his team through before falling to a loose shot.

Ultimately, young Piyush Chawla brought in his limited international experience to good effect by batting till the end to ensure that their riveting run-chase never lost momentum.

The inference is that teams should look to invest trust and confidence into their domestic talents, who make up the back-bone of any successful outfit. In most cases, as the most expensive buys hog the limelight teams fail to chalk out a strategy to exploit the lesser-known stars who however see it as their advantage and capitalize on it. Though teams realize the immense potential of their talent pool, they are often under-utilized for the sole reason of making full use of the mainstream players.

As the IPL final witnessed an altogether different script, teams have understood that even the least-likely of heroes can emerge as the difference-maker and Saha and Pandey showed just that.
Posted by Seasonal Magazine at 5:56:00 PM