IPL 7 Final - 5 Personal Battles That Will Decide the Winner 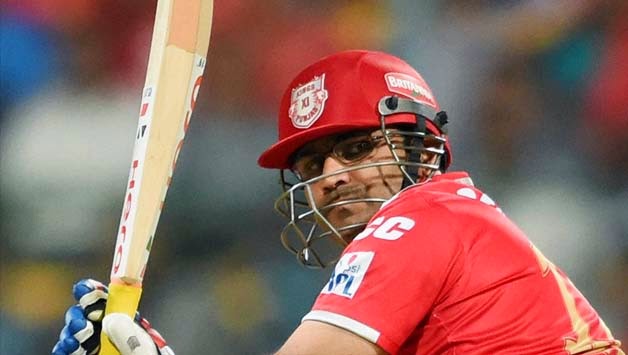 As the Gambhir-led KKR aim to win their second IPL trophy as they take on their long-time nemesis on Sunday, KXIP will feel a lot more rejuvenated after their morale-boosting victory over the CSK. Though the two teams met in the Qualifier, with KKR prevailing, Punjab’s batting has been boosted by the unprecedented success of Sehwag who certainly has peaked at the right time. But who will lift the coveted trophy this time around in a tournament that has witnessed some of the most entertaining T20 cricket in terms of the last-over finishes, will be tough to judge. The final outcome will be decided largely on a few key face-offs that will happen between the specialists from both sides. These are likely to be Sehwag vs Morkel, Maxwell vs Narine, Miller vs Piyush Chawla, Gambhir vs Johnson, and Uthappa vs Aksar Patel. Here is a look into how these five battles would go, to decide the winner:

Even during his heydays, Virender Sehwag was repeatedly badgered by conventional critics who thought of him as an unusual talent who will unnecessarily try to rewrite traditional stroke-making in the cricketing lexicon. However, ‘The Lord of 22 Yards’ never lost his poise and through sheer dedication emerged as one of India’s best opening batsman ever, who also silenced his critics with his swashbuckling repertoire of shots. He seldom lost his composure while facing probing questions about his sagging morale and also gracefully rubbished attempts by media persons targeting his lack of fitness. But if at all there was one critic who Sehwag took seriously, it was his 8-year old son Aryavir Sehwag’s persistently ingenuous jibes about how his dad kept losing his wicket after scoring a quick-fire 30-40 runs. That motivated Sehwag to play a determined innings and prove his worth in front of his son. The result was his second IPL century, glazed with 12 fours and 8 sixes that led his team into the IPL finals to be played against KKR.

Sehwag was at his demolishing best as he carted both the spinners and pacers for boundaries at will, particularly inflicting severe damage on his childhood friend and Ranji trophy teammate Ashish Nehra. The former Indian opener thanked the calming influence of his franchise coach Sanjay Bangar and skipper George Bailey for his risk-free innings that brought back grim memories for the CSK bowlers, who were earlier in the season, belted around by Glenn Maxwell as that kept haunting Dhoni’s bowling attack.

Manan Vohra, who throughout the season, played a more aggressive brand of cricket than his cricketing idol, was happy to watch the senior pro at the other end bat the way he did. With a settled opening pair, Punjab will go into the game against KKR riding high on confidence after a disastrous encounter with the same team just a few days back. Maxwell’s now-prolonged misfiring has meant that the onus has shifted on the likes of Miller and Bailey to steady the middle-order. Though he smoked Ashwin for a towering six, his impatience showed in the way he tried to over-hit the offie’s very next delivery spooning an easy catch at deep-mid wicket.

What followed was a distasteful gesture by Ashwin motioning Maxwell to hurry up to the dug-out that spontaneously angered the Aussie batsman who steamed off the field in a fit of rage. At that stage, KXIP were cruising but wickets had to be maintained and Sehwag was clearly gasping for breath after some good running between the wickets. In came David Miller who played another blinder and looked impossible to contain for runs. CSK bowlers got their length wrong right from the start of the innings and the openers cashed in with some breathtaking display of batsmanship by Sehwag. Raina send panic in the KXIP camp after blasting 87 runs off just 25 balls only to be dismissed by a vigilant George Bailey’s accurate throw at the stumps. Nobody was able to play another herculean innings and CSK slowly wilted under pressure and just for a face-saving purpose managed to reduce the margin of defeat. Punjab would play their first-ever IPL final against one of the most enterprising outfits in the tourney, KKR. Here are some of the key battles that will be keenly watched which may well turn out to be the decisive moments in the epic clash on Sunday:

Morkel would be wary of Sehwag’s remarkable track-record against pacers early on in his innings but the lanky pacer would look to exploit perhaps the only chink in latter’s armoury: short-pitch bowling. Interestingly, CSK bowlers failed to utilize this option as Sehwag thrived on some ordinary bowling much to the dismay of their captain. However with the kind of form Morkel is in Sehwag will look to play with caution and hope that the pacer bowls a few wide-off-the-stump deliveries. Morkel is known to bowl a very nagging length and extracts considerable bounce and this could very well be the key to restricting Sehwag’s progress but a lot will depend on how well he can cramp Sehwag for space as the batsman likes to open up his shoulders and score freely on the off-side.

His string of low scores notwithstanding, Maxwell finds that his last hurdle is even mightier than the rest as he has had no clue against the KKR bowlers. Innately gifted, Maxwell seldom takes time to get going as he looks to score runs of every delivery, which of late has also led to his early dismissals. Against Narine, Maxwell will have to be on guard as the wily off-spinner can be very difficult to score off especially on turning tracks. Though the Bengaluru pitch will surely be a batsman’s delight, Narine can adapt to any challenging condition and convert his disadvantages to wicket-taking opportunities.

Miller has been the most consistent pinch-hitter in this edition and he will look to unsettle Chawla who likes to bowl quicker through the air. Chawla will have to be careful about flighting the bowl too much as Miller picks up the length with minimal ease and can spoil a bowler’s figures. The spinner should rely on his accuracy and look to strike early. While Miller has done well to  steer the innings in the middle overs, Chawla has provided his team with match-winning breakthroughs during the same run of play and KKR would like to see the early departure of Miller.

Johnson has got the better off Gambhir so far with his impressive bowling to the KKR skipper. Gambhir has struggled to find his timing right in recent matches and has often been dismissed without much resistance. Johnson played a vital role in their victory against CSK by bowling a tight over to Dhoni at the death. If Johnson can swing the bowl away from the left-hander at his menacing pace he might well and truly win in this mini-battle that could set the tone for the remainder of the match.

Uthappa showed a glimpse of how destructive he can be early on in his quick-fire knock against the KXIP bowlers, particularly showing special liking for Awana. However, the young Patel was the only one who could stop the run-flow as he foxed the leading run-getter into playing a half-hearted shot directly landing in the hands of Miller. By far the most consistent and economical spinner, Patel has taken huge strides in earning a place in the Indian squad for the Bangladesh series so he would want to finish on a high. If Patel can get rid of the in-form opener, that will put a lot of pressure on the likes of Yusuf Pathan and Shakib Al Hasan to stitch a steady partnership.
Posted by Seasonal Magazine at 7:25:00 PM