How Modi Strives to be Every Indian’s PM 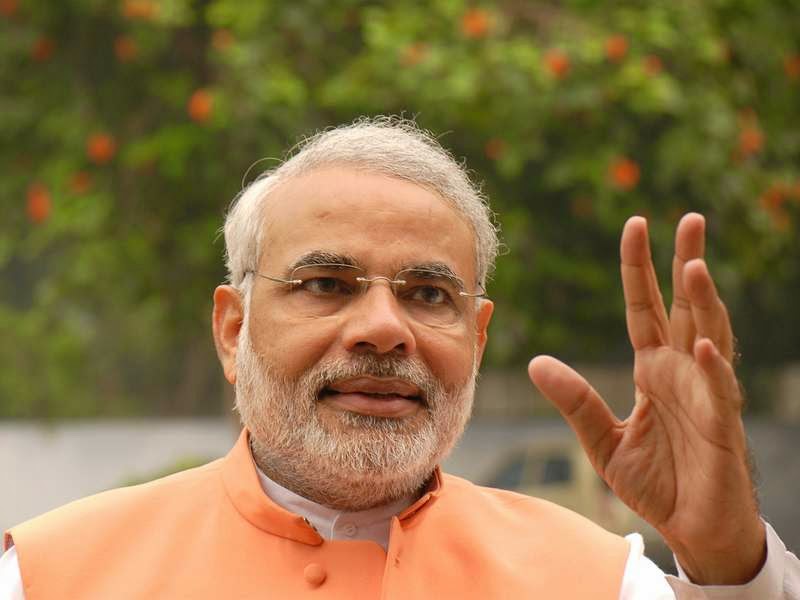 Narendra Modi has a stated intention to be every Indian’s PM. But the ball is not entirely in his court to achieve this. Firstly, the 61% of voters who didn’t vote for him to be the PM this time, should show magnanimity and support his plans. Modi has already started working hard to become every Indian’s PM, and he may even succeed in soothing the concerns of all minorities, but the real challenge will be siding with the poorest of the poor among the society, against the excesses of some segments of the rich and the  powerful.

Just when every Indian in media and social media were getting alarmed about Modi turning very silent since becoming the PM, Modi spoke forcefully through a blog post on the occasion of his government completing a month in office.

The post had a real surprise to share. Towards the middle of the reasonably well-written note, Modi shared this secret:

“A big challenge I am facing in Delhi is to convey to a select group of people about our intentions and sincerity to bring a positive change in this country.”

What exactly did the new Indian Prime Minister mean, will remain mostly a riddle.

But it is highly likely that those words reveal the man’s desire to be every Indian’s PM and not just the PM of the 39% of the voting voters who sided with BJP-NDA this time.

If true, it is one of the nobler thoughts to have emerged from this highly popular yet a lingeringly divisive figure.

But for this noble thought to get executed, the ball is not entirely in Modi’s court. The responsibility equally lies with the 61% of the voting voters who didn’t vote for BJP or any NDA party this time.

Agreed that many of them still have grave misgivings about Modi’s overtly Hindutva stances of earlier times. But it is high time that such misgivings are suspended and Modi accepted warmly as every Indian’s PM, at least as long as he behaves as such.

Because, even though religious polarisation contributed a great deal to Modi’s success in the Lok Sabha polls, it would be naïve to attribute the success entirely to polarisation.

There are several evidences to show that Hindu polarisation was not the only force at play. For instance, during the height of the campaign, he has been quoted as saying the following:

"I am known to be a Hindutva leader. My image does not permit to say so, but I dare to say. My real thought is - Pehle shauchalaya, phir devalaya' (toilet first, temple later)."

It was not very original as Mahatma Gandhi and even Jairam Ramesh had earlier shared similar thoughts. But that was not easy to say for an allegedly polarising leader, especially as one of the main planks of his BJP party in earlier elections has been a proposal to build a Ram Temple at UP’s Ayodhya.

Eerily, Modi’s emphatic words turned prophetic recently when two minor Dalit sisters were found gang-raped and murdered when they went searching for a secluded place for their early morning call, in UP itself.

Modi had also fought this election not just on the anti-pseudo-secular plank, but on a definitive development plank. His campaign speeches had many gems in this domain.

Modi also made no bones about the fact that he was a pure capitalist, and that private business was his preferred route for development.

“I believe government has no business to do business,” he had thundered, which can mean nothing other than the fact that if he can have his way, Modi will accelerate disinvestment in PSUs and state-controlled corporations. It is time for the likes of LIC, BSNL, Air India etc to be on their toes.

Instead, what Modi has been advocating all along was, “Minimum government, maximum governance.”

And when it comes to governance, one of Modi’s main agendas has been to ensure that whatever is promised is delivered.

"For any political party, its manifesto should be like the Gita, the Quran, and the Bible,” he had remarked on the seriousness of promises made.

So, shouldn’t a leader who had the courage to speak against overt religious stands, and had the vision to put development first, be supported by the remaining 61% of the voters who didn’t vote for BJP this time?

They sure should, as not only would India stand a better chance to develop then, but it would enable Modi to not fall back upon Hindutva ideologies or further polarisation along religious lines. Because, if Modi fails, someone more hard-line can usurp Modi’s role in the right-wing of politics.

Modi has already found the going tough in his intention is to be every Indian’s PM. No, the challenge has not been so far to be a Muslim’s PM or a Christian’s PM, or a Sikh’s PM. Modi has been doing that reasonably well, at least in speeches which reveal intentions.

“When I was young, a Muslim man used to repair my cycle, today his son is doing the same job. Why is this? We can't leave them behind. If a limb is disabled, the whole body is disabled. We need to bring them into the mainstream,” Modi had spoken in Parliament.

Modi’s real challenge to be every Indian’s PM, would be to first become every poor man’s PM. That is a daunting task before a party that vouches by market-economics and for its leader who thinks that development is the only way in which poor can be uplifted.

Struggles of Modi in this regard is already out in the open. The massive and across-the-board rail fare hike, and talks about other imminent hikes, signal this trend. Modi Government should have ideally spared the poor sections of the society from getting affected by these hikes.

It is also thought-provoking to consider what would have been Modi Government’s response if instead of 40 Indian workers, 4 Indian businessmen had been abducted in Iraq. But not that a UPA Government or any capitalist Indian government would have behaved in a different way.

However, despite all such misgivings, and the stark reality that it is very difficult to think from poor Indians’ shoes for any leader, it is high time that every Indian should be wholeheartedly supporting Modi for fulfilling his stated intentions.

To be every Indian's PM, one thing Modi should be doing correctly is not ignoring the media like the UPA did. Recent reports that Modi has directed ministers to be regular only on social media channels like Twitter and not do interactive sessions like interviews, doesn't bode very well for the long-term success run of the government. It was a cardinal mistake of UPA-2 in its later years.
Posted by Seasonal Magazine at 12:42:00 PM