Will Modi-Obama Summit Succeed Despite the WTO Setback? 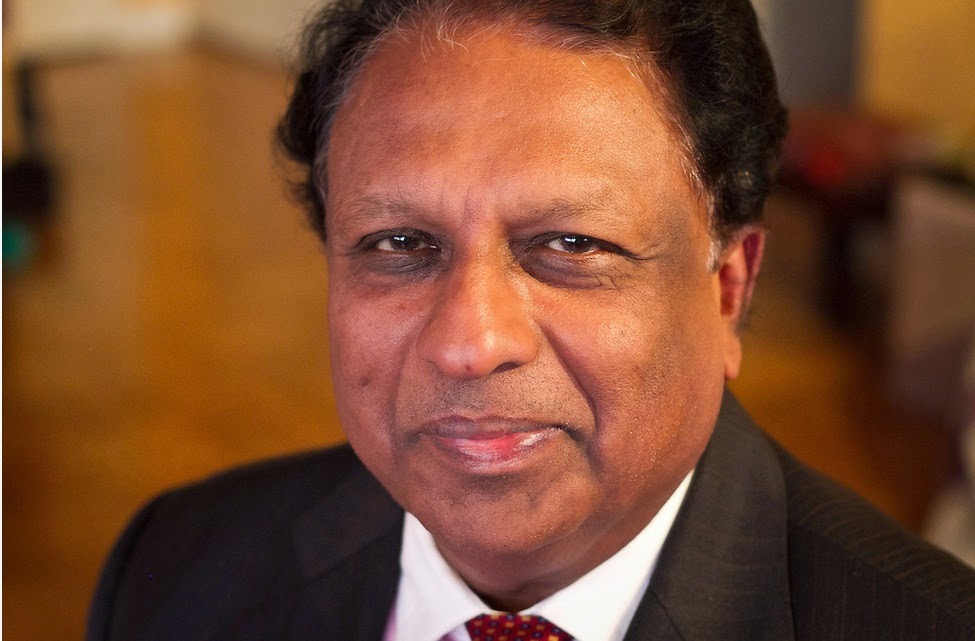 No one can be faulted for thinking that India-US relations has hit a historic low due to India's unique stand on the WTO food subsidy issue, that has annoyed America much. But TP Sreenivasan, former Ambassador of India, while writing exclusively for Seasonal Magazine, argues that neither WTO nor the nuclear liability act nor any other such issue would hinder the inevitable success of Modi-Obama summit scheduled in September. Sreenivasan is a noted foreign affairs expert, especially so in Indo-US relations. He served in Indian Foreign Service (IFS) in various roles during a 37 year old career, including as the Permanent Representative of India to the UN, as the Governor for India of the International Atomic Energy Agency, and as the Ambassador to Austria and Slovenia.

The only time I met Narendra Modi was in Washington, before he became the Chief Minister of Gujarat. His ambition to become the Prime Minister was not even a twinkle in his eye. I received him in my office and at my home for dinner the same evening. Those were the difficult days in India-US relations after our nuclear tests, but he shared his optimism about India-US relations with some of the World Bank officials he wanted to meet and the leaders of the Gujarati community, who were already his ardent admirers. He had no doubt that India and the US had much in common and that a partnership between the two countries was inevitable.

Sushma Swaraj had also visited Washington during my stint there and she had extensive contacts with the Indian community in the aftermath of the nuclear tests and she had stressed that the strains in India –US relations would disappear when the larger interests of the two nations came into play. Her optimism was based on her assessment of the evolving global situation at the end of the twentieth century.

Today, in positions of power to shape and conduct foreign policy, both Modi and Swaraj would naturally view India-US relations in the larger context of India’s global interests and their immediate priorities. Having identified these in the early days of the Government, it is clear that the Modi Government will focus on extending and deepening relations with the United States. With foreign direct investment, strengthening of India’s security and liberalization for the sake of “skill, speed and size” of the Indian economy as priorities, the US should be his prime destination and strategic partner.

The fact that the US has not been one of Modi’s early destinations is partly by accident and partly because of the present state of relations, which he has inherited. Showing over-enthusiasm for the US is not fashionable for any political leader in India. When the then Prime Minister Inder Gujral decided to change his schedule of visit to New York to accommodate a meeting with Bill Clinton, he travelled via Africa for cosmetic reasons. Bhutan, Brazil, Nepal and Japan have both symbolic and substantive meaning. Meeting Vladimir Putin and Xi Jinping before Obama, though by chance, gave a hint of his other options. Japan occupies a special place in Modi’s global calculations.

The trough in relations that Modi has inherited is deep, but there is reason to believe that the relations will be on the upswing after the Modi-Obama summit. Neither the visa issue, nor the Devyani Khobragade fiasco will stand in the way. Even more substantial issues like WTO, the nuclear liability act, India-China relations, Ukraine, NSA snooping of BJP and the demand for further liberalization of the Indian market will not be insurmountable in the face of geopolitical and economic compulsions on both sides. The recent visit of Secretary of State John Kerry and the strategic dialogue have set the stage for a remarkable recovery, for which the credit must go to the principals. It would have been impolitic for Kerry and Swaraj to steal the thunder of their masters.

In one masterstroke, Kerry solved the highly emotive issue of the denial of visa by dismissing it as a decision taken by a previous Government, thus distancing Obama from any “Modiphobia”.  Modi himself had never played it up as an impediment and now it has become a non-issue. The snooping issue was similarly dealt with in a forthright manner, with Swaraj insisting that it was not acceptable and Kerry giving assurances of non-intervention without discussing intelligence matters. Swaraj did not provide any alibi for the US in the name of ant-terrorism measures, as her predecessor did on an earlier occasion.

Kerrry may have hastened to visit India to see whether he could persuade India not to block the WTO Trade Facilitation Agreement without reaching a permanent solution to the problems relating to food security in India. The strong message he got from the Indian Prime Minister himself may have disappointed him, but this was not entirely unexpected, as Modi is known to stick to his positions. But the unjustness of the insistence that the minimum support price for food grains should be only 10% more annually over the 1986-88 prices is evident. By speaking for the poor of India on this issue, Modi also tried to remove the impression that his Government was only for the corporate world.

This is not the first time that India has stood against a global consensus in order to protect its vital interests. The celebrated cases of the Nuclear Non-Proliferation Treaty (NPT) and the Comprehensive Test Ban Treaty (CTBT) show that bilateral relations would not be held hostage to our positions on the multilateral stage. The majority may employ its own devices to isolate India, but it will not hurt bilateral relations. The India-US nuclear deal is an example of a bilateral arrangement overcoming the disagreements in multilateral treaties.

The intractable nuclear liability act was a device used by the opposition in India, including the Bharatiya Janata Party (BJP) to nullify the nuclear deal. The lawyers on both sides have not yet found a way to facilitate nuclear trade without amending the liability act. The grievance is clearly on the US side since the expectation of commercial deals of billions of dollars worth of reactors and nuclear material did not fructify. India, on its part, has designated sites and asked the Nuclear Power Corporation Ltd (NPCL) to get the preliminary work done with the US companies. It is believed that a lack of agreement on this issue would jeopardize bilateral relations.

Although the US Government has made this issue a litmus test of India’s bona fides with regard to the nuclear deal, Obama may not, in his heart of hearts, consider it an obstacle to working with Modi. As a senior White House official told me in 2009, Obama will not be particularly unhappy if there is no nuclear trade with India because it goes against his own conviction that the US should not contribute to India’s nuclear capability. The real reward he will seek is the massive arms deals under the agreement signed by Pranab Mukherjee, ahead of the nuclear deal. The key to a solution will be found when Defense Secretary Chuck Hagel visits India shortly to seek more arms deals. Modi has emphasized the need for self-reliance in defense, but that is more a dream than a reality and it is possible that the US will bag defense contracts, which will be large enough to compensate for the loss of nuclear trade. The increase in foreign direct investment in the defense sector will be music to the American ears and the clamor against the nuclear liability bill will subside. The announcement of the India-US-Japan joint exercise in the Indian Ocean has already cheered up the Americans.

Would Modi’s warming up to China, particularly in economic matters, and his affinity to China in the context of Asia’s economic growth be an irritant in India-US relations? Would the BRICS Bank be seen as a challenge to the Bretton Woods institutions? These would definitely come up in Washington, but neither of these developments would match the mammoth Chinese involvement in the US economy. Obama is aware of the built-in distrust between India and China and the exploitative nature of China’s trade with India. The massive Chinese investments expected in Indian infrastructure and other sectors may well turn out to be a pipe dream. The Chinese challenge may act as an incentive for the US to be more sensitive to India’s aspirations.

While Modi has tried to moderate India’s position on Palestine to gladden the hearts of the US and Israel, he has shown no such enthusiasm in the case of Ukraine, where the US and the European Union is engaged in a struggle with Russia. He was more than friendly with Vladimir Putin in Brazil and he declared eternal friendship with Russia. But as long as these declarations have no substance on the ground, the Americans will take them in their stride.

John Kerry may have accomplished little during his visit, but the Joint Statement is a veritable list of the components of a strategic relationship in the making. The list includes counter terrorism, India’s entry into Nuclear Suppliers Group (NSG) and related bodies, appreciation of the ratification of the Additional Protocol, space and nuclear cooperation, foreign investment climate in India, cooperation in Afghanistan, call for action against the Mumbai attackers in Pakistan, unity and integrity of Iraq, Violence in Gaza and Israel, UN Security Council reform and even capacity building in half a dozen African countries. They reflect the lowest common denominators in each of these issues, but they underline the potential for a truly strategic relationship, once the chemistry between Modi and Obama begins to work at the summit and dynamism is generated.

Modi and Obama are seen as men of destiny in their respective nations and both are determined to succeed. Obama is under extra pressure to contribute to his legacy, while Modi can ill afford to start on the wrong foot with the United States. Success is, therefore, imperative and inevitable when the two meet in Washington in the balmy September weather.
Posted by Seasonal Magazine at 4:58:00 PM