Is Jacques Kallis Greater Than Lara, Tendulkar, Warne, and Ponting? 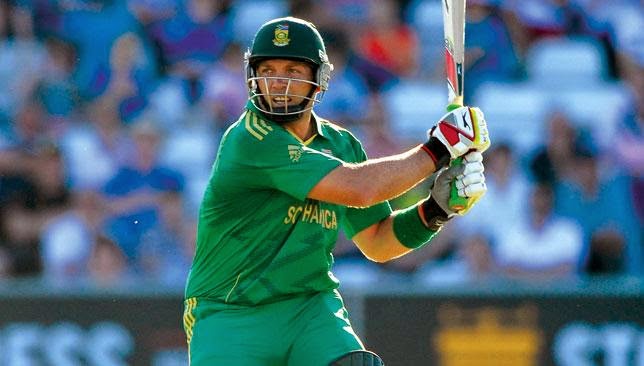 When Jacques Kallis finally admitted that the 2015 World Cup will be a bridge too far for him, the cricketing world was not shocked. The 38-year old Kallis' retirement from ODIs was very much expected, after his retirement from Tests last year, and his rather poor form in ODIs due to a back injury since then. But the real shock for the discerning cricket lover is why he isn't termed as one of the game's greatest, like his contemporaries like Brian Lara, Sachin Tendulkar, Shane Warne, or Ricky Ponting. Critics cite many reasons like his lack of charisma, lack of captaincy skills, lack of contribution to team strategy, lack of a World Cup win, and a steady-but-slow batting style. Though all of these are true, they are true only to an extent, and the real reason why Jacques Kallis was never hyped up as one of the greatest by the media, was outside of his control. Since his debut around two decades back, the game moved away from the control of all-rounders to the new super-specialists - players specialising in only one niche like batting, bowling, or fielding. Kallis' fault was his ambition to contribute to all three aspects of the game, but ironically that very fault has made him equal to a legendary great like Gary Sobers now. To cut a long argument short, there is simply no contemporary player who did all three jobs with as much achievements as Jack, and that speaks for itself. He is indeed that rare 'Jack of all Trades, Yet Master of All', who deserves a stand-up ovation as one of cricket's all-time greats.

His laid-back persona perhaps keeps him out of the conversation for the greatest of all time cricketers for some critics. Lacking the swashbuckling exploits of Brian Lara, god-like charisma of Tendulkar and match-winning aggression of Shane Warne or even the unquestionable popularity of Ricky Ponting, South African legend Jack Kallis has indeed ended his career in relative anonymity. Despite the general perception, Kallis bids goodbye to the 22-yard strip being the only cricketer in the history of this wonderful game to have scored more than 10000 runs and taken in excess of 250 wickets in both forms of the game.

And his retirement from Tests was a reflection of his career. No hullabaloo, just hard-fought Test Cricket. The farewell was a fairytale. Walking out to a guard of honour, he treated his fans with a typical Kallis innings for the last time. Match hanging on a knife-edge, turning track and a fading light. Unfazed by the emotion and stage, concentration powers at its zenith, he compiled flawless 115 runs in 316 balls.

45 hundreds and 13289 Test runs at a better average (55.37) than these four legends while taking 292 wickets speaks volumes of Kallis’ enormous contribution to the competitiveness of the game. Moreover, he has amassed 11579 runs to go with 131 wickets in ODI cricket. Add to that his 331 catches- ‘bucket like hands’ (including Tests and ODIs), and you have a colossus, to whom any contemporary cannot even dare to come within touching distance. It might seem these numbers are achieved by three different players. And even if that was the case, those three different individuals would happily take that as an arduous but exceedingly successful endeavor. And that simply was how one would define the cricketer in Kallis.

Having started his playing career with a scratchy form against England 19 years ago, Kallis gradually developed into the near-perfect mould of all-time great Gary Sobers. Back then, he was a raw and untested youngster, eager to make his presence felt in the test arena. Anyone who watched him giving his 100% effort on the field, be it while batting, bowling or fielding, would instantly foresee a legend-in-the-making. Kallis had to wait till the early 21st century era to stake his claim as a fine-tuned and complete cricketer having played under the wings of South African greats Hansie Cronje, Lance Klusener, Shaun Pollock and Gary Kirsten. South African cricket faced an indomitable task of finding the right replacements for their golden generation of cricketers and a more matured Jack Kallis took up the mantle. A player of the previous generational crop, the world witnessed Kallis cricketing abilities at the peak of his career as he took responsibility of rebuilding a fresh team in an exciting phase for South African cricket.

Over his illustrious career, he played match-defining knocks many a time. But the one that defined the man himself was the second-inning-masterpiece against India at Cape Town in 2011. Wickets tumbled around him but he held the fort defying tremendous pain and also, denied India its first ever series win in South Africa. He ended up scoring an unbeaten 109 with broken ribs. However, he hasn’t been blessed with the privilege of lifting the ICC World Cup trophy, something which will haunt the rest of the team in the years to come. The only blot on his enviable career record would be his team’s reputation of earning the ‘chokers of cricket’ tag. In his trophy cabinet, Kallis can only boast of having won the first-ever edition of the now-defunct ICC Champions Trophy (the 1998 edition was referred to as the Wills International Cup) and ever since a major silverware has eluded him and his star-studded team.

As a batsman, Kallis was the ultimate ‘sweet-timer’ of the ball, be it his lunging cover drives with a tinge of majestic beauty in it or his trademark back-foot punch that would leave the cover fielders in awe. But his consistent exploits with the willow have somewhat overshadowed his decisive contribution with the ball, in an era when fast bowlers are plagued with injuries. Once, Sachin Tendulkar had articulated it precisely while giving a pep talk to Mumbai under-22 team. Mumbai had lost the opening game of the season in spite of scoring in excess of 400. The morale was low. Tendulkar was around the BKC ground so the coach requested him to have a word with players. “Observe what the South African team does”, he said, “If their attacking bowlers are not successful with the new ball, Jacques Kallis comes on. He bowls that sort of a length, which is difficult to drive off the front foot but cannot be played off the back foot either. After his spell, the run rate drops down. And strike bowlers can strive for wickets without worrying about the run rate”. Moreover, in the most successful bowling pairs in history, Kallis features twice. He was his captain’s go-to man whenever the chips were down.

Renowned commentator and cricket analyst Harsha Bhogle once quipped that ‘for an all-rounder, Kallis was a nose ahead of Gary Sobers. “Sobers batted largely from No. 6, which some might say is an easier number but affords fewer opportunities, while Kallis, amazingly for an allrounder, batted from No. 3 or 4, which meant he had more time but also often had to change bowling shoes for the half-spikes rather quickly” wrote Bhogle. Perhaps this statement underlined Kallis’ unmatched utility as the game’s greatest ever all-rounder though Bhogle admits that it was hugely unfair that greats of the past will be measured in numbers today.

But Kallis would be remembered for things beyond the scope of technical mastery: his measured aggression, fairness of play and laudable sportsmanship. In Hyderabad, batting for the Kolkata Knight Riders, Jacques Kallis lofted a ball to midwicket, where the fielder stumbled in an attempt to take the catch. You couldn't tell straightaway if the catch had been taken, but even as the umpire asked for a replay, Kallis asked the fielder if the catch was clean, and when he heard "Yes", he walked off. It wasn't the first time he had trusted an opponent with his wicket, and as the replay came up one could be found wishing the catch was indeed clean. For there is no sadder sight than to see trust asked for and the request spurned. In an ideal world everyone will play the game like Kallis did, life will become easier for the umpires, and youngsters making their way into sport will realise that using abuse and cheating is a rather lowly form of existence. But the desire to win tests not only your skill but your approach and Kallis remains an ideal epitome of how cricket is to be played.
Posted by Seasonal Magazine at 1:33:00 PM