Jose Mourinho and His Blues 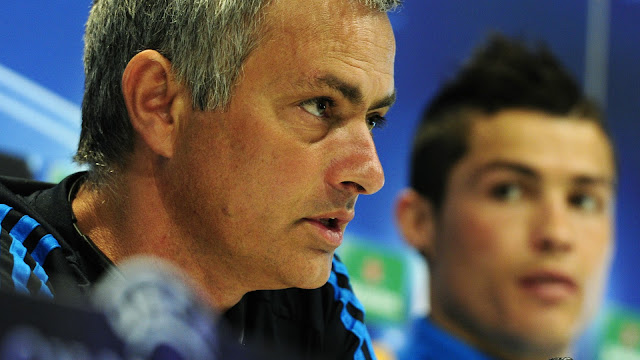 
Languishing at the 15th place with a mere 3 wins from 11 games, the 2014-15 English Premier League Champions have hit their own version of rock bottom. But just how low is this new low? For a club boasting of a formidable squad and a more formidable manager, Chelsea’s troubles are deep. Neck Deep. A season after bullying every club in the Premier League, the curse is now on the ‘Special’ Jose Mourinho, atleast for now. Although one must admit that Chelsea’s fall from grace is nothing short of uncanny.

On his return to Stanford Bridge, Mou and his team cruised to a decent third place finish in his first season. After an excellent transfer season in which he quite magnificently redressed the few but glaring weak-points of his team, Chelsea emerged stronger than ever before. And in the first half of the previous season Chelsea had more or less inscribed their position as the champions of the season. Such was the dominance and strength of the Blues that the top spot of the Premier League had already been claimed with more than a handful matches to be played.

Signings like Cesc Fabregas and Diego Costa were instrumental in Chelsea’s one-horse campaign. Since then Chelsea has only increased its already loaded ammunition by signing in Pedro Rodriguez from F C Barcelona, Begovic as a second choice keeper and the loaning in of Radamel Falcao. The only major exit was Petr Cech who was playing only second fiddle to first choice keeper, Thibaut Courtois. Hence the blues of the blues is indeed very uncanny.

Mourinho (along with his self assigned nicknamed) has always been criticised for his temperamental comments on fellow managers (Yes, it’s you Wenger) and on referees, but the one thing these critics couldn’t justify was the juggernaut performances his teams used to compile. But with the juggernaut performances turning into hopeless ones, these critics are bound to fall more heavily than ever on the Chelsea manager. And the truth is that Mourinho has only himself to blame for this.

A trophy cabinet overflowing with achievements in more than a few professional football leagues might have given Mourinho the pass to assign a nickname for himself but this is now turning out to be a bane for the ‘Special One’( You’re welcome). Praised for his pragmatic approach in crunch matches and man management abilities, it is these very same attributes which are being joyfully targeted by the critics and resulting in the slump of Mourinho. The Liverpool match at Stanford match was a perfect example.

After a beautiful team goal in the opening five minutes, Chelsea became the fat boy who couldn’t complete his last lap. With all due respect, Liverpool weren’t playing their best football and credit to match-winner Philippe Coutinho who produced two moments of pure brilliance to snatch the game from Chelsea but harder and sterner tests are awaiting Mourinho and his team who couldn’t capitalise on their wonderful starts.

Mou’s idea of a shift from top gear football to conservative football after an initial lead has always attracted criticism but has grounded the needed results. But with the results not being the needed anymore, maybe it is time he rethinks his theory. His sacking of Eva Carneiro , former club doctor doesn’t support his cause too.

Mourinho’s claim that there is no better manager for Chelsea at the moment other than him however arrogant and cocky it is, it’s also true. But unless performances worth the sky-rocketing expectations of the owner and the fans (that he himself has set) are achieved this cockiness and arrogance might dig his own grave for the second time.

It is not news that owner, Roman Abramovich has a very fine tolerance line and concrete history supports this statement. Chelsea has had 8 managers after Mourinho was sacked in his first tenure as manager in 2006-07. Although the breathing on Mourinho’s neck is heavier than ever, it is he who can make amends.

The latest rumour is that the Chelsea boss has only a handful of games before Mr. big-money Abromovich decides that time’s up for him. But sacking of Mourinho will only add more to the woes of Chelsea and not to mention the deflation of an overlarge reputation. Mou has all the resources needed to inspire his team again and he has no way out now.
Posted by Seasonal Magazine at 11:18:00 AM