Who is Smarter - Prashant Kishor, Modi, Nitish, or Indian Electorate? 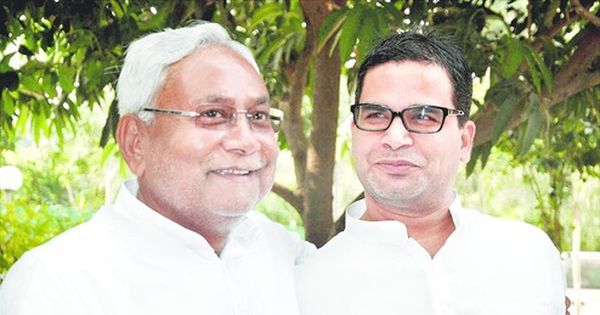 The latest hero to hit the headlines is Prashant Kishor, the man who is said to have single-handedly defeated BJP, and won the battle for Nitish Kumar.

For long a Modi strategist – starting from the last Gujarat assembly elections that Modi won as CM – Prashant Kishor shot to limelight after Modi’s thumping victory in Lok Sabha.

But not as famous as he has ended up now, as unlike Modi, Nitish Kumar was quite generous in his appreciation of Kishor, as his public hug with the strategist soon after the election shows.

If you are in doubt whether the real kingmaker Lalu is also in approval of Prashant Kishor’s role, look no further – media folklore has already reported that Lalu is calling Kishor as Panditji, and that the veteran leader has asked his sons to turn to him for advice, when Papa is not around.

There is no limit to media’s need for hero worship. But only one hero at a time. The rise of Kishor and the decline of the men who took all the credit until now, Modi and his right-hand, Amit Shah, occurred in one simple stroke.

Though nobody will ever come to know what transpired between Modi, Kishor, & Shah after the Lok Sabha polls, media has already chronicled a post-election meeting between Kishor and Shah, in which Kishor asked “What after June?” and Shah quipping “After June, there is July.”

The reference obviously is to Kishor’s ministerial ambitions, and Shah’s absolute opposition to this, probably with Modi’s approval.

How can a rank outsider like Prashant Kishor be accommodated in a cabinet that has no qualms in missing BJP’s best-in-breed like Yashwant Sinha and Arun Shourie, even while including Arun Jaitley who lost the elections and obedient people like Smriti Irani?

The folklore surrounding Prashant Kishor is increasing day by day.  Everything carefully leaked to a crazy-for-heroes press to create the expanding aura. The chemistry between Nitish and Kishor is described as such – Kishor got Nitish’s glasses changed, while Nitish got Kishor’s attire changed from jeans and t-shirt to that of a politician.

Maybe true too, as one of Kishor’s basic requirements has been that the strategist will live only in the palace of the king that he is advising. So it was with Modi, and so it was with Nitish.

There is no doubt that Prashant Kishor played a significant role in Nitish’s success and BJP’s failure in Bihar.

He is a good strategist, as his strategy to remove Manjhi from Chief Ministership, well before the election reveals. Even Nitish was reluctant to do it, but Kishor put it as a first necessity to win the election, and it was probably true too.

Kishor is also good at social media promotions, especially Twitter, and it goes to his credit that he forced Nitish – who had once mocked Modi’s Twitter as just a chidiya – to get an account there, and have a reasonable digital presence through that.

Kishor is also good at PR, OOH, design, colour sense, 3D holography, commonsense, and the list gets elongated day by day. And all these qualities are probably true too.

But, what is the exact role that such a strategist played in the win of Mahagatabandhan and the rout of BJP? Can anyone put a number or percentage on Prashant Kishor’s role? Is it 70%, or 60%, or 50%, or 40%, or 30%, or much much below that?

Media’s need-for-heroes seems to put the numbers upward of 70%. But commonsense says that though he played a significant role, it is downward of 30%.

Because, if we are attributing such a high percentage for Kishor’s abilities, we are in fact putting a very low percentage on the intelligence of the people of Bihar, and by extension, of the whole Indian people.

What about the negative energy unleashed throughout India, in the run-up to the Bihar election, by extreme right-wing elements against everything from beef-eating to SRK, and Modi’s total silence on it? Do you think the Indian electorate is not intelligent enough to repay for it?

What about Modi’s glossy projections of ‘Acche Din’ and his failure to live up to that, so far? Didn’t the Bihar electorate judge him for that?

What about Nitish Kumar’s above-average  governance that almost everyone – except those in NDA – endorses? Let us give credit where it is due, as in any election in the world, anti-incumbency wave is the most potent. Nitish has survived that.

At the end of the day, Kishor’s abilities can be summarized into two words – public relations – or may be even to a single word – marketing.

He is a professional at that, but with no value system preventing him from strategizing for anyone who compensates for it. The easy renaming of his NGO, when he shifted camps, from BJP to Nitish, is ample proof for that.

Further proof comes from his reported comments that even Congress Party’s fortunes can be revived, as the party still enjoys 20% vote share in this country. There is no untouchability even towards the Congress who was systematically decimated in the online space by Kishor’s sophisticated cyber-henchmen and trolls, citing mammoth corruption, during the run-up to the Lok Sabha polls.

Are we saying that the wide and deep Indian electorate can be swayed by the strategies and public relation tactics of such a person?

It seems so, as everyone from Karunanidhi to Rahul Gandhi is understood to have met Prashant Kishor in recent days to explore you-know-what.

Which all assignments will Kishor take up? The best guess is that only those assignments where the numbers are stacked in his client’s favour. Apart from self-promotion, this guy is pretty good at maths.

It is no secret that what accelerated BJP’s fall apart from its right-wing jingoism was the fact that three of the strongest parties were united this time.

Let us not forget that Arvind Kejriwal had an even more rocking win against the BJP a few months back, with no strategic help from Prashant Kishor.

Let us give ourselves some credit, even if media is not willing to give us.
Posted by Seasonal Magazine at 2:13:00 PM